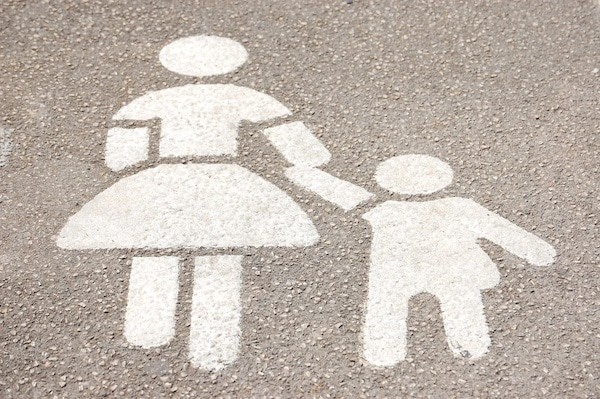 Where do people not say, “I want to do X, but the circumstances of my life don’t give me a chance”? To this sort of common discontent, the [capabilities] approach responds by saying, “Yes indeed, in some very important areas you ought to be able to do what you have in mind, and if you aren’t able, that is a failure of basic justice.

In my article “The Triple Day Thesis” (2021), I formally define self-reproduction as involving tasks or activities that a person, in this case a mother, undertakes to replenish herself physically, medically, emotionally, intellectually, socially, psychologically, or other forms of replenishment that is primarily beneficial to her non-economic well-being. Self-reproductive activities could involve having time for recreation; time for healthy living practices; time for friendships and joining associations, awareness groups etc., within the community; the “me-time” for basic personal hygienic practices, to pray, reflect on and plan one’s life; and time to engage in academic work which is the more intellectual form of self-reproduction. A combination of one or more of these self-reproducing or self-realizing activities within a twenty-four-hour day including sleep hours would make up what I call the triple day.

According to the triple day thesis, it is within the triple day that several of the central capabilities Martha Nussbaum (2011) proposes in her capability theory of social justice take place. Nussbaum’s central capabilities for women’s human flourishing include life, bodily health, bodily integrity, senses, imagination and thought, emotions, practical reason, affiliation, concern for other species, play, and control over one’s material and political environment.

The absence of self-reproduction in women’s lives due to the pursuit of motherhood, entails the absence of human flourishing, and therefore constitute social (gender) injustice. It is this which describes the problem of the triple day.

Motherhood as a Capability and A Capability Suppressor: Explaining the Triple Day Problem

The theorizing therefore of motherhood as a capability and a capability suppressor within the capabilities approach is critical to emancipatory discourse and practice within human development and to addressing through public policy, social injustice against women due to their inability to maternally self-reproduce, that is engage in the triple day.

The central capability question of motherhood is this:

If we are to consider each mother as an end and by implication are also interested in whether mothers are free to be able to be and do what they have reason to value, how would a theory of motherhood proceed from within a capability framework to ensure the achievement of such beings and doings?

The situation of maternal capability suppression presents a classic case of a tragic conflict where tensions do arise between the capabilities of the mother and the functionings (capabilities) of the child. That is, the pursuit of self-reproducing activities within the triple day are suppressed by the pursuit of motherhood. This tragic conflict is worsened when society fails to address these tensions in support of mothers’ equal opportunity within the triple day.

To achieve social justice for mothers, the triple day thesis recommends in addition to promoting childcare and economic options, economic compensation for motherhood.

I make the claim that although childcare options are desirable in creating free time for mothers, there exists a discrepancy between a mother’s need of “perceived free time” and “real free time” and as a result the idea of “free time” critically ought to be understood subjectively. Thus, childcare support while necessary may not be sufficient as a “bargain for time” strategy to resolve maternal capability suppression so mothers can engage in the triple day.

In relation to economic options, the time and energy demands of work within the double day of motherhood intensifies maternal capability suppression within the triple day. Creating employment opportunities for mothers will be sufficient as a “bargain for time” strategy only to the extent that it creates the opportunity for double day mothers also to engage in self-reproduction.

Economic compensation for mothers, on the other hand, will be the game changer for mothers’ struggle to achieve certain desirable human flourishing capabilities within the triple day for several important reasons:

Motherhood compensation would provide the economic means through which mothers can buy “real free time” when the “perceived free time” made available by childcare options is not enough to successfully pursue self-reproducing opportunities.

Motherhood compensation could provide mothers with an economic option not to engage in market work while reproducing children. This would create the time for mothers to engage in those self-reproducing and self-realizing activities they desire as well as creates a pathway that removes the challenge of the double day burden.

Compensation for motherhood in the way that I have described could strengthen the extra-bargaining position of double day mothers in the fight against exploitation of their working wages because the option not to work exists. Also, by reducing their financial dependence on their husbands, fathers of their children, or other well-to-do members of the family, motherhood compensation would expand the choices mothers have in relation to pursuing human flourishing opportunities.

What is true liberation for women within motherhood according to the triple day thesis?

True liberation within motherhood from a capability perspective is one in which a mother is freely “able” to care for her children (the single day) and is freely “able” to seek employment and engage in market work if she so desires (the double day) but is also “able” to freely engage in self-reproduction in order to live in a truly human way (the triple day).

Elaine Agyemang Tontoh is a maternal feminist theorist and a development economist. Her research advances an original thesis on the triple day of motherhood which seeks to address from a capabilities and Marxist-feminist perspective maternal capability suppression and maternal economic oppression.

Read her article that this post is based on: “The Triple Day Thesis: Theorising Motherhood as a Capability and a Capability Suppressor Within Martha Nussbaum’s Feminist Philosophical Capability Theory.” in Journal of Human Development and Capabilities (2021).