The U.S. Empire in Afghanistan: A 40-year catastrophe 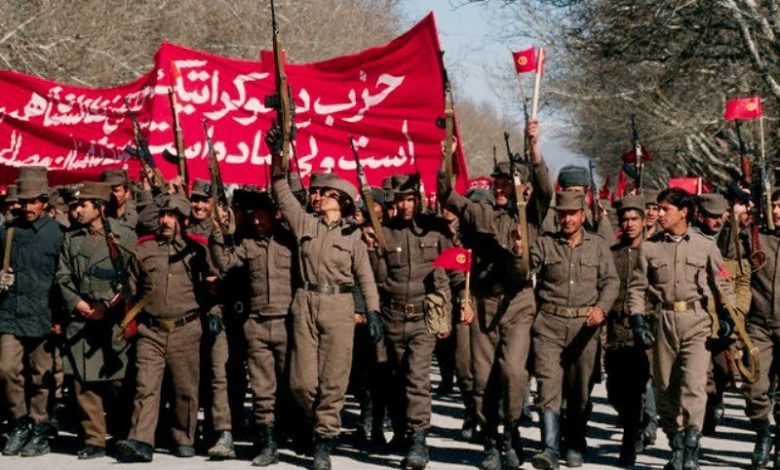 The U.S. war in Afghanistan began not twenty but more than forty years ago. Except for the towering arrogance of the leaders in Washington, it could have ended in November, 2001 when the Taliban offered to surrender.

The earlier phase, which lasted from 1979 to 1989, is excluded from nearly any mention by the mainstream capitalist media today. But without understanding what happened back then it is impossible to comprehend the current catastrophic situation for the people of that country.

In 1978, the Saur (April) Revolution, a seeming bolt from the blue, shocked the country and the world. Led by the Marxist People’s Democratic Party of Afghanistan (PDPA), it overthrew a reactionary government and began to implement a program of radical reforms in one of the poorest and most underdeveloped countries on Earth.

More than 90% of the population was illiterate. 85% of the land was owned by big landlords and the masses of peasants lived under semi-feudal conditions of debt slavery.  Women had no rights in most of the country, and much of the population went through life without ever seeing a doctor or a school. Malnutrition and disease were widespread. One of every three children died in infancy.

The new revolutionary government brought schools and clinics to areas where they had never existed. It declared the cancellation of the debts of small tenant farmers to the landlords. The PDPA government called for equal rights for women and an end to child marriage.

Within a short time, there was armed resistance by the counter-revolutionary opposition calling themselves the Mujahadeen, who claimed to fight in the name of Islam but really were seeking to roll back the reforms in the interests of the landlord class.

The PDPA was based in the small urban working class and youth, the middle class and the military. It was the pro-PDPA military that overthrew the old government when the latter rounded up the PDPA leaders in late April 1978. While the revolutionary government’s land reform policies were aimed at winning over oppressed peasants, it had little base in the vast countryside where about 80% of the population lived.

Afghanistan has a huge border with Pakistan and the reactionary opposition had the support of Pakistan’s right-wing military and intelligence services. By early 1979, a serious counter-revolutionary war was underway.

Then came what would turn out to be the biggest CIA operation in history.

There is a long propagated myth here that the U.S. intervened in Afghanistan as a response to intervention by the Soviet Union. But that story was exposed as the fiction it was by none other than U.S. policy makers, though of course not until many years later.

In 1998, Zbignew Brzezinski, who was President Jimmy Carter’s National Security Adviser in 1979, gave a boastful interview to the French magazine Le Nouvelle Observateur, which read in part:

Question: The former director of the CIA, Robert Gates, stated in his memoirs that the American intelligence services began to aid the Mujahiddin in Afghanistan six months before the Soviet intervention. Is this period, you were the national securty advisor to President Carter. You therefore played a key role in this affair. Is this correct?

Brzezinski: Yes. According to the official version of history, CIA aid to the Mujahideen began during 1980, that is to say, after the Soviet army invaded Afghanistan on December 24, 1979. But the reality, closely guarded until now, is completely otherwise: Indeed, it was July 3, 1979 that President Carter signed the first directive for secret aid to the opponents of the pro-Soviet regime in Kabul. And that very day, I wrote a note to the president in which I explained to him that in my opinion this aid was going to induce a Soviet military intervention.

Q : When the Soviets justified their intervention by asserting that they intended to fight against secret US involvement in Afghanistan , nobody believed them. However, there was an element of truth in this. You don’t regret any of this today?

B: Regret what? That secret operation was an excellent idea. It had the effect of drawing the Russians into the Afghan trap and you want me to regret it? The day that the Soviets officially crossed the border, I wrote to President Carter, essentially: “We now have the opportunity of giving to the USSR its Vietnam war

Q: And neither do you regret having supported Islamic fundamentalism, which has given arms and advice to future terrorists?

B : What is more important in world history? The Taliban or the collapse of the Soviet empire? Some agitated Muslims or the liberation of Central Europe and the end of the cold war?

In his supreme arrogance, Brzezinski revealed not only that the massive U.S. intervention, starting with Carter’s secret order to send $500 million ($1.8 billion in 2021 dollars) preceded the Soviet intervention, but also utter disregard for the people of Afghanistan. The U.S. war in Vietnam left more than four million dead, millions more wounded and widespread destruction. For a top official to hope for another such war makes clear the ruthlessness of imperialism.

Over the next decade, the CIA poured billions more into arming, training and funding the war in conjunction with its reactionary allies from Saudi Arabia and other Gulf monarchies, individuals like Osama bin Laden, and most importantly, Pakistan. The war left hundreds of thousands dead and wounded, millions in exile and much of the country in ruins. The so-called “freedom fighters” sought to destroy all the progressive reforms and institutions created by the revolution.

In 1988-89, the Soviet Union, then in a deepening crisis, withdrew its military while continuing to provide vital assistance to the revolutionary government. Contrary to many expectations, the socialist government did not fall when the Soviet troops left.

The rise of the Taliban

The aid from the USSR was small compared to what the religious fundamentalist fighters were receiving, but it was critically important. When the Soviet Union fell in 1991, the assistance ended. By then the United States, having used the mujahideen for its purposes, lost interest in the country. In 1992, the revolutionary government fell and an extremely brutal civil war between the counter-revolution forces commenced, lasting for four years.

In 1994, the Taliban, an organization formed by a number of leaders of various mujahideen groups was formed. It took power in 1996 in most of the country and retained control until 2001. The Taliban social and economic program was thoroughly reactionary, especially in regard to the negation of the rights of women and girls. While the United States never formally recognized the Taliban government, it had dealings with it, particularly around the issue of pipelines.

Following the Sept. 11, 2001 attacks in New York and Washington, the U.S. immediately began preparing for new wars against Afghanistan, Iraq and other countries. The Taliban, which had given refuge to the former U.S. ally Osama bin Laden, offered that if the U.S. showed evidence of bin Laden’s guilt they would turn him over to a Muslim country for trial.

The George W. Bush administration rejected the proposal, and on October 7, 2001 began bombing Afghanistan and sending in special forces and ground troops. The Taliban were almost immediately crushed and attempted to surrender the next month.

”The Taliban were completely defeated,” said Barnett Rubin, who worked with the United Nations political team in Afghanistan at the time. “They had no demands, except amnesty.”

But in their supreme arrogance, the Bush administration rejected this offer that would have ended the war in November 2001. “The United States is not inclined to negotiate surrender,” said Secretary of Defense Donald Rumsfeld. The U.S. aim was to militarily wipe out the leadership of the Taliban and all opposition in the country.

So, instead of ending, the war continued for nearly twenty years, leaving hundreds of thousands more Afghan people dead, tens of thousands of U.S. troops killed or maimed, more than 2 trillion dollars gone up in smoke, and the Taliban back in power.

The tears of empire