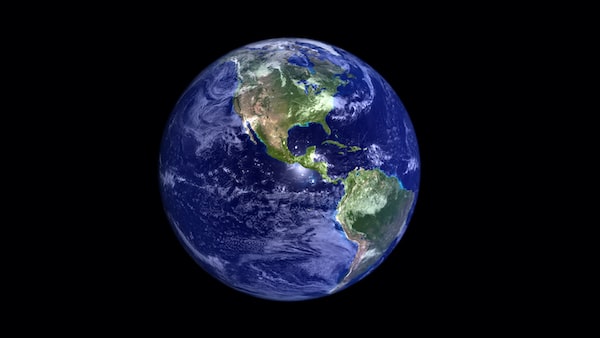 THERE are 35 countries in the American hemisphere, from Canada–the largest by area–to St. Kitts and Nevis–the smallest by area. Almost one billion people live in the Americas, with the largest country by population being the United States (with 329 million people). Each of the countries in the Americas is a member of the United Nations (UN), 35 out of 193 countries, and all of them have ratified its charter; all 35 members have ratified the Charter of the Organisation of American States (OAS). The basic axiom of democratic international relations is that each country–regardless of its size and its power–is as important as the next. The sovereignty of each State is paramount and the international exchanges between States have to be managed through the principles of the UN and the OAS charters. Let us not forget that this is the normative or rules-based framework adopted by all the countries in the hemisphere.

The great scofflaw (one who scoffs or disregards the law) in the hemisphere, since at least Second World War, has been the United States. The record of disdain for the rules-based framework is long, stretching from the U.S.-driven coups (from Guatemala in 1954 to Bolivia in 2019) to the U.S.-driven economic policies that afflict the poorest States in the hemisphere (especially Haiti). The United States government uses the language of democracy and rules to undermine democracy and rules. Through archaic attitudes, such as the 1823 Monroe Doctrine, the U.S. believes that it has the right to intervene against the wishes of the people of the hemisphere; and this intervention comes both from tanks and banks.

But the United States government is not alone here. It has several close allies, such as Canada, which is the home to 60 per cent of the world’s mining companies. Canada’s great interest in what lies beneath the soil of the Americas allows it to treat those who live above that soil with the greatest disdain. Canada pretends to be the more liberal partner, but–in fact–its foreign policy is horrid, its haste to overthrow any resource socialist government in the hemisphere apparent. When Hugo Chávez won his first election in Venezuela in 1998, it was Peter Munk, the head of the Canadian mining company–Barrick Gold–who began a pressure campaign to define Chavez as a dictator and to call for this removal not by the Venezuelan people–who voted him in with a massive majority–but by the Canadian and the U.S. governments.

The other allies of the United States are the wretched oligarchies of Latin America, those who hold power in a tight grip from Colombia to Honduras to Chile. It was these governments–with Canada in the lead–that met in Lima, Peru in August 2017 to create the Lima Group, with the express purpose of overthrowing the legitimate government of Venezuela. The Lima Group is a clear violation of both the UN charter and the OAS charter. The OAS charter is clearest: ‘No State or group of States has the right to intervene, directly or indirectly, for any reason whatever, in the internal or external affairs of any other State. The foregoing principle prohibits not only armed force but also any other form of interference or attempted threat against the personality of the State or against its political, economic, and cultural elements’ (Chapter IV, Article 19). This is a rule against hybrid war, which has now become a habit of the United States and its allies against its adversaries.

This hybrid war comes in many forms, most dramatically through an information war that seeks to undermine the legitimacy of processes other than those certified by the United States, Canada, and the oligarchies. Military and economic pressures are key. Afraid of the normal commercial dealings of Chinese firms in the hemisphere, the United States set up ‘Growth in the Americas’ or American Creché in 2019; this is the U.S. government’s attempt to fight the Chinese Belt and Road Initiative. In El Salvador, for instance, the U.S. threatened El Salvador to break its contact with Chinese firms to develop La Unión port; El Salvador complied, to its commercial disadvantage. The Chinese Belt and Road Initiative will spend $1 trillion in Latin America, whereas the U.S. American Creché programme will only spend $60 billion (and most of this will be private-sector funds). Unable to contest China in the market, the U.S. has tried to define the Belt and Road Initiative as a ‘non-market activity’ and to use all the instruments of the hybrid war to undermine Chinese relations with Latin American states.

Barely remarked upon is the intensified U.S. military pressure on Latin America. In the summer of 2021, the U.S. held two major military exercises in the Caribbean–Tradewinds 2021 in Guyana and Panamax 2021 in Panama. The old colonial powers–France, the Netherlands, and the UK–joined in. In a show of force, the U.S. demanded that Iran cancel the movement of its commercial ships to Venezuela during the duration of the exercise. This is part of the U.S.-driven Caribbean Basin Security Initiative, which is an instrument since 2010 to undermine Caribbean regionalism.

Sovereign regionalism is not alien to the Caribbean, which has made four attempts to build a platform: the West Indian Federation (1958-1962), Caribbean Free Trade Association (1965-1973), Caribbean Community (1973-1989), and CARICOM (1989 to the present). What began as an anti-imperialist union has now devolved into a trade association that attempts to better integrate the region into world trade. The politics of the Caribbean are increasingly being drawn into the orbit of the U.S. In 2014, after the U.S. created the faux-regionalist Caribbean Basin Security Initiative, the Community of Latin American and Caribbean States (CELAC) issued an important declaration from Havana–to establish Latin America and Caribbean as a ‘Zone of Peace based on respect for the principles and rules of international law’. Thirty-two countries of the Americas are a part of CELAC; absent in CELAC are Canada and the United States. They are not committed to the hemisphere as a zone of peace.

U.S. and Canadian interventions in the hemisphere are designed to prevent the growth of regionalism and to undermine sovereignty, both essential to the UN and OAS charters. The people of the Americas seek another road. That is why St. Lucia and Peru recently left the Lima Group, which should be called the Ottawa or the Bogota Group. That is why Mexico’s president Andrés Manuel López Obrador called for a true regional body, ‘a lackey of no-one’, he said on July 24. The United States and Canada are only two of the 35 countries in the hemisphere. They behave as if they are the kings. They need to take their seats and speak in turn, honouring the principles of an agreed upon rules-based order that is against coups, hybrid wars, sanctions regimes, blockades, and arrogance.

Who wants to uphold the rules-based order? The Group of Friends in Defence of the UN Charter, 18 countries including China and Venezuela, Palestine and Russia, Algeria and Cuba. The Group of Friends first met on the margins of the Non-Aligned Movement (NAM) meeting held in Caracas, Venezuela, in July 2019. The pandemic disrupted the process of building the group, which resurfaced in March 2021 at the United Nations. ‘Strengthening multilateralism is essential’, Venezuela’s former foreign minister Jorge Arreaza told me. The members of the group include China and Russia, both permanent members of the UN Security Council, which gives heft to the process. Carlos Ron, Venezuela’s vice minister of foreign affairs for North America, told me that the group ‘is a decisive move in support of multilateralism and international law now when humanity faces the most serious challenges in recorded history’. These challenges include climate change and increased inequality. From the standpoint of Venezuela and Bolivia, this group, Carlos Ron said, ‘is a mechanism to defend peoples against the threats of hybrid warfare’, which include sanctions and coups. ‘Diplomacy, cooperation and solidarity’, Carlos Ron told me, ‘are the only keys to move forward’.

‘The alternative to a rules-based order is a world in which might makes right, and winners take all, and that would be a far more violent and unstable world for all of us’. That last sentence is not my own. It was what U.S. secretary of state Anthony Blinken said to Chinese foreign minister Wang Yi at Anchorage, Alaska. Blinken, and the rest of the Canadian and U.S. power elite, should listen to themselves. The world is violent and unstable because of the scofflaw behaviour of the U.S. and Canada.