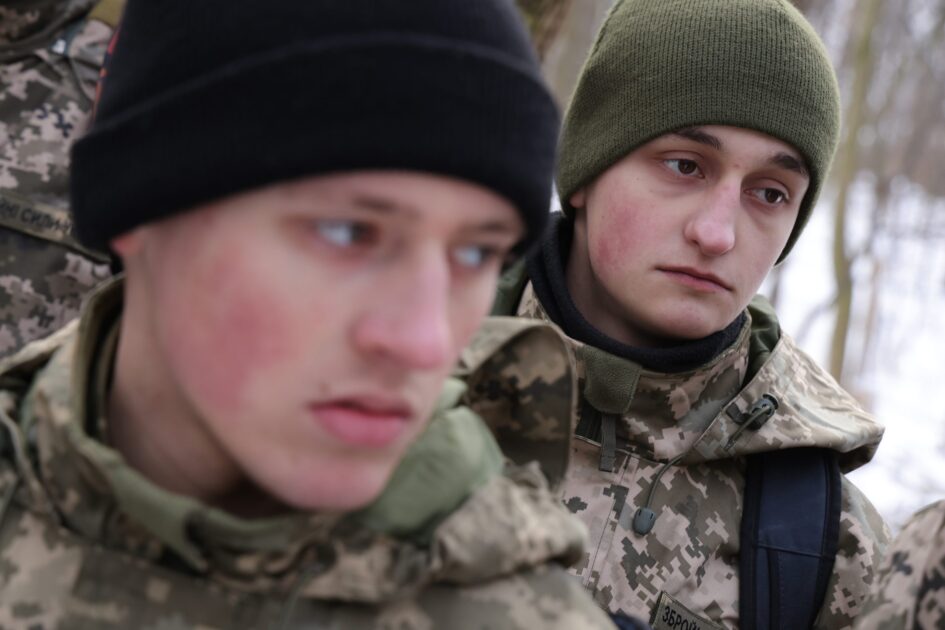 “Russia moves troops and US sends weapons as fear of war mounts in Ukraine” – The Washington Post (Jan. 25, 2022)

“Top weapons companies boast Ukraine-Russia tensions are a boon for business” – In These Times (Jan. 27, 2022)

As tensions between Russia and Ukraine threaten to boil over into a proxy war between Russia and US-led NATO powers, the war drums are once again beating from all corners of the military-industrial complex. With Russia, Ukraine, and the US all embroiled in their own respective bouts of domestic political and economic turmoil, and with all jockeying for position on a rapidly changing geopolitical stage, diplomatic saber-rattling may be a temporarily expedient way to boost support for each country’s ruling political establishment. However, whether they are strategic bluffs or not, there is a very real danger that these escalating threats could have irreversible consequences, including a full-fledged war that none of the parties involved truly want and that none are truly prepared for.

In this urgent interview, TRNN contributor Radhika Desai speaks to Dr. Oleg Barabanov and Dr. Boris Kagarlitsky about the current crises in Russia and Ukraine, the history of NATO expansion since the fall of the Soviet Union, and the possibility of bluffing our way to a major war. Dr. Oleg Barabanov is program director of the Valdai International Discussion Club, the academic director of the European Studies Institute at Moscow State Institute of International Relations, and a professor at the Russian Academy of Sciences. Previously he was a senior research fellow at the Russian Institute for Strategic Studies. Dr Boris Kagarlitsky is a world-renowned leftist writer, historian, sociologist, and political activist. A dissident and political prisoner in the USSR under Brezhnev, then a deputy to Moscow city council (arrested again in 1993 under Yeltsin), he has run the Institute for Globalization Studies and Social Movements in Moscow, a leading Russian leftist think tank. He is also the editor of the online magazine Rabkor and the author of numerous books, including Empire of the Periphery: Russia and the World System and Russia Under Yeltsin and Putin: Neo-Liberal Autocracy.

U.S.-Russia talks may be the last chance

We call our dialectic, materialist, since its roots are neither in heaven nor in the depths of our…