The Venceremos Brigade Continues US Solidarity with Cuba 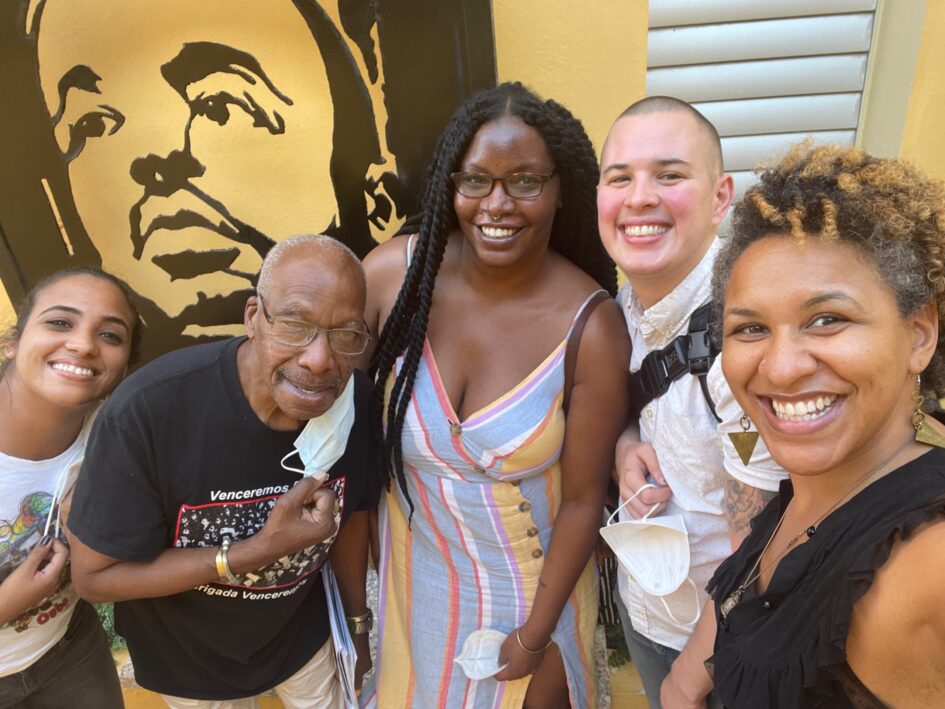 Members of the national coordinating committee of the Venceremos Brigade, made up of US citizens in solidarity with Cuba, affirmed the continuity of the project begun in 1969 and confirmed brigadistas are preparing for their 51st contingent to the island this year.

Activists Nesbit Crutchfield, Onyesonwu Chatoyer, Sulan Mlynarek, and Rachel Ibrahim made a visit to the capital and held meetings  with representatives from the Cuban Institute for Friendship with the Peoples (ICAP) and other institutions in order to reiterate their determination to continue the long history of the Venceremos Brigade.

The local and national coordinating committees of the VB engage in community work in order to spread the truth about Cuba and engage in diverse initiatives against the US blockade on the island, such as participation in car and bicycle caravans in various states throughout the United States.

Nesbit Crutchfield underscored the permanence of the motivation of the Brigade, which is support for the Cuban people as well as the condemnation of the White House’s economic siege against Cuba. He denounced that the US government intends, with its blockades and sanctions, to destroy the example of sovereignty and dignity that Cuba has presented to the rest of the world since 1959.

He pointed out that this hostile policy affects Cuban families on both sides of the Florida straits as well as Americans who see their right to travel and interact with whomever they wish restricted and that both groups should demand the normalization of relations between the US and Cuba.

In dialogue with Prensa Latina, the young activist Onyesonwu Chatoyer assured that the Brigade’s support will be maintained as long as the economic, financial and commercial blockade on Cuba prevails, and as long as aggression, reinforced by the White House in the midst of the COVID-19 pandemic, continues. The guarantee of this is in the growing number of young people who have joined the Venceremos Brigade since its founding in 1969. The VB is the longest running delegation of its kind internationally and 75 more US citizens plan to travel to Cuba with the Brigade in winter of 2022.

The example of the courage with which Cuba faces threats motivates us to challenge the US government’s prohibitions and support a cause that we consider just, hence why some 10,000 US citizens have traveled to Cuba with the Venceremos Brigade in 50 contingents throughout the years, Chatoyer remarked.

For Sulan Mlynarek and Rachel Ibrahim, also young members of the National Coordinating Committee of the Venceremos Brigade, the challenge of traveling to Cuba despite the prohibitions and threats of the US government gives continuity to the position of the founders of the VB, and is inspired by the resistance of Cubans against the aggressions.

From their arrival in Havana on January 5 until their departure, the US solidarity activists visited centers of scientific interest where they learned about the development of Cuban vaccines against COVID-19 and the country’s actions to protect its population in the face of the pandemic.

They toured places of historical and social interest in the Cuban capital, and spoke with residents of neighborhoods immersed in a transformation process to improve the living conditions of their inhabitants, with the support of local and national governments, and popular participation.

The origins of the Venceremos brigade go back to 1969 when a group of 216 young Americans, invited by Cuban Commander in Chief Fidel Castro, traveled through Mexico to Cuba to participate in the harvest of 10 million pounds of sugar –  demonstrating their support for the Cuban Revolution and rejection of the prohibitions to travel to Cuba imposed by the United States government.

IMCWP: Solidarity with the CP of Cuba and the Cuban people

Solidarity with Cuba: WG of the International Meeting of Communist and Workers’ Parties

Cuba solidarity: “No one will rain on our party”