The world is warming and big oil predicted it 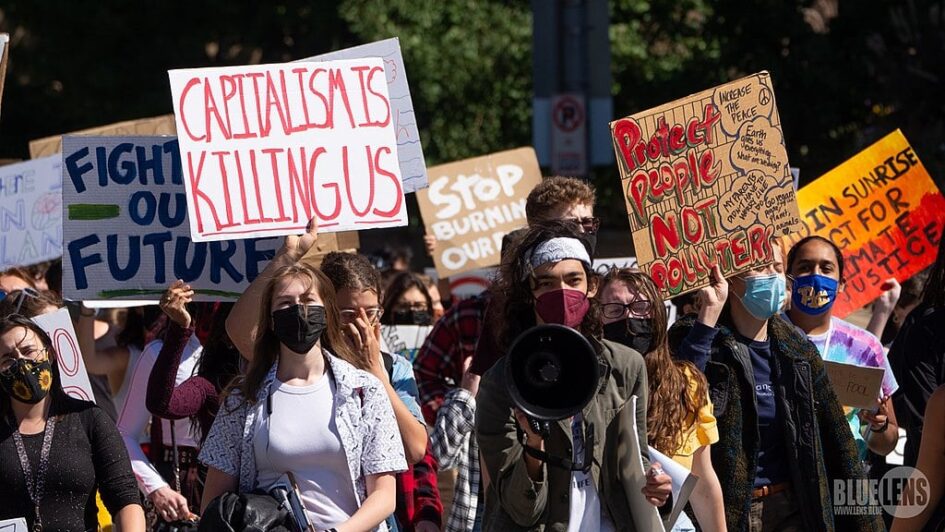 The years 2014 through 2022 were officially the hottest eight years ever recorded, according to studies by NASA, the European Copernicus Climate Change Service and the National Oceanic and Atmospheric Administration. 2022 was either the fifth or 6th hottest year ever, depending on the study, with heat waves across Europe and Asia and record-breaking temperatures in London, Berlin, Madrid and other European cities. 2016 was the overall hottest year recorded thus far. These studies also show that the world has already warmed 1.2° C (2.1° F) since the second half of the 19th century, when fossil fuel usage first became widespread. The Intergovernmental Panel on Climate Change has said that to avert catastrophic health impacts and prevent millions of climate change-related deaths, the world must limit temperature rise to 1.5° C, and that every additional tenth of a degree of warming beyond that will take a serious toll on people’s lives and health

Increasing temperatures around the world have already led to increasing droughts, fires, floods, famines, heat-related deaths and mass migration. The UN’s World Health Organization calls climate change the number 1 threat to world health, with as many as 250,000 climate-related deaths predicted to occur between 2030 and 2050. The WHO also stated that those most susceptible to climate-related death are the least responsible for climate change – people in “developing” countries, and poor people who already lack access to healthcare and the social determinants of health, such as jobs and housing.

For anyone who is still skeptical that climate change is real and already happening, a series of recent and deadly weather events in the United States and Europe will serve as evidence. Much of the United States experienced a deep freeze over Christmas. The West Coast is currently experiencing non-stop atmospheric rivers, and this week, the southern states were hit with extreme winds and deadly twisters — a result of warming in the Gulf of Mexico. In Europe, there was a winter “heat wave” last week, which brought unusually high temperatures, such as a high of 70 degrees Fahrenheit in Poland.

These adverse weather events should come as no surprise given the record high temperatures over the last 8 years, and those record highs are also not surprising, given the data collected by scientists in the decades since fossil fuel usage began. The rising temperatures follow a predictable pattern that governments and NGOs have been tracking for decades. But there is another group that is even less surprised by these outcomes than the governments and NGOs — oil corporations themselves.

New research from Harvard and the Potsdam Institute for Climate Impact Research shows that oil companies like ExxonMobil have known they were causing climate change since at least the 1970’s. Previously unknown predictions by ExxonMobil from 1977 through 2003 were even more precise than those published by academic and government scientists in the same time periods. ExxonMobil was able to predict current global temperatures with an average “skill score” or percentage of accuracy of 72% (plus or minus 6%). In some cases, their predictions were up to 99% accurate. The authors of this research, Geoffrey Supran and Naomi Oreskes, have proven that in spite of Big Oil’s disinformation and doubt campaigns, they actually knew with extreme precision what their products were doing to the planet.

In fact, Big Oil knew about climate change before the 1970’s. In 2021, researchers uncovered speeches from scientists to oil industry executives dated from the 1950’s, which warned of carbon dioxide, the greenhouse effect, melting polar ice caps and the possibility of coastal cities underwater. Speeches by oil executives themselves, and even a speech by President Lyndon B. Johnson, clearly explained the science of climate change. Even a female scientist in the mid-1800s — Eunice Foote — discovered the greenhouse effect, but was discounted, due to her gender. Amidst all these realizations, there is a gathering awareness that the oil industry has understood climate change all along. We now know that oil corporations were some of the biggest contributors to the very science that uncovered and predicted climate change. In spite of their awareness, however, fossil fuel companies deliberately waged disinformation campaigns to sow doubt among the public.

The same researchers who published this Harvard study have been uncovering the plot by big oil to mislead the public about climate change for over a decade now. In her 2010 book “Merchants of Doubt,” Oreskes exposed campaigns by oil companies to spread disinformation. Then in a 2021 paper by Oreskes and Supran, the authors outlined some of the rhetorical strategies oil companies used. For example, in the media, oil companies were able to frame climate change as a “risk” rather than a reality. They also placed special emphasis on consumer “demand” rather than their own supply of products they knew were harming the planet. They framed climate change as “everyone’s responsibility,” rather than those who were actually producing and selling fossil fuels, and they managed to invent the narrative that fossil fuels would be “necessary for the foreseeable future,” while preventing awareness of renewable energy sources, and obstructing legislation that would develop them. They did all this because, as capitalist enterprises, they could not accept any alternative that would cut into their profits and their market domination.

Rising global temperatures caused by burning fossil fuels, and corporate blockage of legislation that could fix the problem represent a dilemma that cannot be solved by capitalism. Under capitalism, the purpose of the state is not to serve the people, but to look after and protect the affairs of the capitalist class, ensuring its profits, its unrestricted access to markets and its exploitation of the working class. Congress cannot seem to agree on passing laws that would help people, or make ordinary working peoples’ lives easier. However, it always manages to agree on helping corporations, clearing away impediments when corporations are looking for more resources and more markets. This includes Congress’ unwavering loyalty when passing trillion dollar military budgets. Continued war and military might ensures that the United States and its Western allies have unfettered access to international markets, materials and labor. Any attempts to pass laws for the benefit of the working class on the other hand, such as Biden’s doomed “Build Back Better” plan, inevitably fail. That is the intended function of the U.S. capitalist government, which is actually run by the biggest corporations and industries, such as big oil.

Only socialism, with its interests in people and the planet over profit and its utilization of planned economies, can solve the problem of climate change. Under capitalism, the only plan is to concentrate as much wealth as possible into the hands of the few. Capitalism has no plan for the vast majority of the population, or the planet that 100% of the population lives on. A socialist planned economy takes into account the needs of all people — both in the United States and across the world, since climate change is a global issue — and manages the usage of industry and technology to meet those needs in a way that is sustainable to the planet. Scientists are in agreement that such a sustainable economic plan is entirely possible. A major component of that plan, however, involves ending the destructive capitalist economy, and bringing about a new political and economic reality under socialism.

Starmer and the establishment: Warming up capitalism’s Second XI

Britain: Starmer and the establishment – warming up capitalism’s B-team

What is Global Warming?

Divided World: The UN Emergency Resolution is Endorsed by Countries Representing Only 41% of the World’s Population