The Year of the New Normal Fascist

And so, as 2021 goose-steps toward its fanatical finish, it is time for my traditional year-end wrap-up. It’s “The Year of the Ox” in the Chinese zodiac, but I’m christening it “The Year of the New Normal Fascist.”

And what a phenomenally fascist year it has been!

Here in Europe, things are particularly fascist. One by one, New Normal countries are rolling out social-segregation systems, ordering “lockdowns” of “the Unvaccinated,” and otherwise persecuting those who refuse to conform to official New Normal ideology. Austria has made “vaccinations” mandatory. Germany is about to follow suit. “Covid passes” have been approved in the UK. Greece is fining “Unvaccinated” pensioners by reducing the amount of their state-pension payments. Swedes are “chipping” themselves. And so on.

In New Normal Germany, “the Unvaccinated” are under de facto house arrest. We are banned from society. We are banned from traveling. We are banned from protesting. Our writings are censored. We’re demonized and dehumanized by the New Normal government, the state and corporate media, and the New Normal masses on a daily basis. New Normal goon squads roam the streets, brutalizing pensioners, raiding barber shops, checking “papers,” measuring social distances, literally, as in with measuring sticks. The Gestapo even arrested Santa Claus for not wearing a mask at a Christmas market. In the schools, fascist New Normal teachers ritually humiliate “Unvaccinated” children, forcing them to stand in front of the class and justify their “Unvaccinated” status, while the “Vaccinated” children and their parents are applauded, like some New Normal version of the Hitler Youth. When New Normal Germany’s new Chancellor, Olaf Scholz, announced that, “for my government there are no more red lines as far as doing what needs to be done,” apparently he wasn’t joking. It’s only a matter of time until he orders New Normal Propaganda Minister Karl Lauterbach to make his big Sportpalast speech, where he will ask the New Normals if they want “total war” … and I think you know the rest of this story. 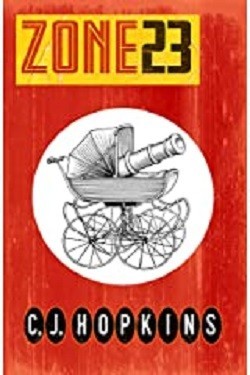 Given all the drama over the past 12 months, it’s easy to forget that the year began with the occupation of Washington DC by thousands of US (i.e., GloboCap) forces in the wake of the “Terrorist Assault on the Capitol” (a/k/a the “January 6 Insurrection,” or the “Attempted Coup,” or some such nonsense) carried out by a few hundred totally unarmed Donald Trump supporters, who were allegedly intent on “overthrowing the government” and “destroying Democracy” with … well, their bare hands.

This was the long-awaited “Return to Normal” spectacle that had been in the pipeline for the previous four years, the public humiliation of the Unauthorized President (and the “populists” who put him in office) and the GloboCap show of force that followed. Here’s how I described it back in January:

“In other words, GloboCap is teaching us a lesson. I don’t know how much clearer they could make it. They just installed a new puppet president, who can’t even simulate mental acuity, in a locked-down, military-guarded ceremony which no one was allowed to attend, except for a few members of the ruling classes. They got some epigone of Albert Speer to convert the Mall (where the public normally gathers) into a ‘field of flags,’ symbolizing ‘unity.’ They even did the Nazi Lichtdom thing. To hammer the point home, they got Lady Gaga to dress up as a Hunger Games character with a ‘Mockingjay’ brooch and sing the National Anthem. They broadcast this spectacle to the entire world.”

The message is, there will be no more unauthorized presidents, no more leaving the European Union, no more “populist” rebellions against the global hegemony of global-capitalism and its soul-crushing, valueless “woke” ideology. GloboCap is done playing grab-ass. They announced that back in March of 2020. They informed us in unmistakable terms that our lives were about to change, forever. They branded and advertised this change as “the New Normal,” in case we were … you know, cognitively challenged. They did not hide it. They wanted us to understand exactly what was coming, a global-capitalist version of totalitarianism, in which we will all be happy little fascist “consumers” showing each other our “compliance certificates” in order to be allowed to live our lives.

I don’t need to review the entire year in detail. You remember the highlights … the roll-out of the “safe and effective” miracle “vaccines” that don’t keep you from catching or spreading the virus, and which have killed and injured thousands of people, but which you now have to get every three or four months to be allowed to work or go to a restaurant; the roll-out of the global social-segregation/digital compliance-certificate system that makes absolutely no medical sense, but which the “vaccines” were designed to force us into; The Criminalization of Dissent; The Manufacturing of “Reality”; The Propaganda War; The Covidian Cult; the launch of The Great New Normal Purge; the whole Pathologized Totalitarianism package.

I’d like to end on an optimistic note, because, Jesus, this fascism business is depressing. So I’ll just mention that, as you have probably noticed, more and more people are now “waking up,” or relocating their intestinal fortitude, and finally speaking out against “vaccine” mandates, and “vaccination passes,” and social segregation, and all the rest of the fascist New Normal program. I intend to encourage this “awakening” vociferously. I hope that those — and you know who you are — who have been reporting the facts and opposing the New Normal, and have been ridiculed, demonized, gaslighted, censored, slandered, threatened, and otherwise abused, on a daily basis for 21 months, as our more “prominent” colleagues — and you know who you are — sat by in silence, or took part in the Hate Fest, will join me in applauding and welcoming these “prominent” colleagues to the fight … finally.

Oh, and, if you’re one of those “prominent” colleagues and you start beating your chest and sounding off like you’ve just rediscovered investigative journalism and are now leading the charge against the New Normal for your YouTube viewers or your Substack readers, please understand if we get a little cranky. Speaking for myself, yes, it’s been a bit stressful, doing your job and taking the shit for you out here in the trenches for the past 21 months. Not to mention how it has virtually killed my comedy … and I’m supposed to be a political satirist.

But there I go, getting all “angry” again … whatever. As the doctor said, “buy the ticket, take the ride.” And it’s the season of joy, love, and forgiveness, and publicly crucifying dissidents, and paranoia, and mass hysteria, and persecuting “Unvaccinated” relatives, and, OK, I might have had one too many. Happy holidays to one and all, except, of course, to the New Normal fascists, especially the ones that are torturing the children. God, forgive me, but I hope they fucking choke. 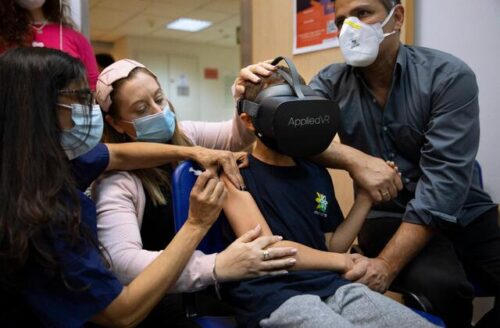 COVID, Disablement, and the “Return to Normal”