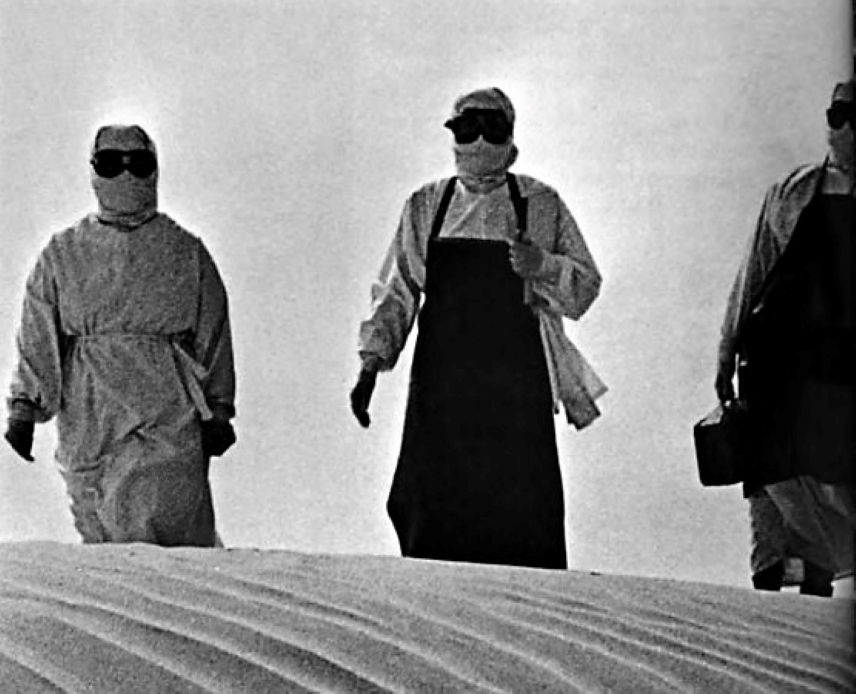 In 1960 the Soviet Union provided a clear example of how to respond to a major public health threat. Do it quickly and effectively.

This short report from the English language magazine USSR in 1964 provides a glimpse into how a society with the means and the will can act fast.

The only case of smallpox in our country in the past ten years, brought in from India by Soviet artist A. Kokorekin in 1960, was handled with heroic measures. Six days after it was detected seven million people in Moscow and the surrounding suburbs had been vaccinated.

Every man and woman in the epidemic prevention service was mobilized. In less than a week they located and isolated 1,200 people who had been in contact with the patient. Only six fell ill, three died.

Doctors are on the constant alert for contagious diseases. The absence of an epidemic today is no guarantee that one may not break out tomorrow. Epidemiologists are stationed in the Soviet Union at 13 airports, 40 sea and river ports, and 36 border districts. Soviet physicians lend their services when plague, smallpox and cholera strike other countries. They helped save thousands of lives in Afghanistan, Iraq and Pakistan.

For a more in-depth account of this amazing story see: How the USSR defeated a smallpox epidemic in a matter of 19 days