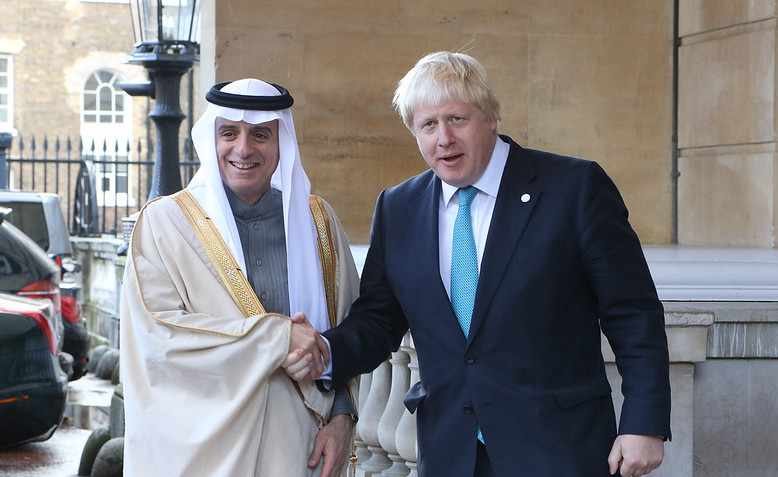 Lindsey German on Ukraine and its continuing fallout

There is much talk about the war in Ukraine being another 9/11 – that everything will change because of the Russian invasion and the military, political and economic consequences that flow from it. It is to an extent true: whatever happens in the war we are not going back to the status quo ante, but we still do not know the scope of the change. It is I think unfortunately predictable that the war will be a long one. Here I’m not necessarily talking about this immediate phase, but it seems highly likely that there will be clashes on and around borders in Ukraine and maybe in neighbouring states for years to come.

The war there has already been very damaging and is entering a more bloody phase, with Russian troops advancing on Kyiv, Mariupol under siege, and millions in Ukraine made refugees or sheltering in basements and metro stations. The Russian offensive has certainly been slower and met much more resistance than expected, which is likely to mean heavier attacks against the cities of Ukraine. The Russian attack on the International Peacekeeping and Security Centre in the west of the country is another escalation. The centre is used to train Ukrainian troops ‘to Nato standards’ ie by Nato forces to work with them in a range of operations.

Calls from various sources are demanding more military intervention from Nato. There is no doubt this will mean a much greater war, with further deaths on both sides, more refugees and more misery. In such circumstances will the Baltic States or even Poland get drawn into the conflagration? And what of the Russian enclave of Kaliningrad, perched between Poland and the Baltic states and cut off from the rest of Russia?

If we see it as another world changing event we also need to put it into context and to discuss what sort of a world can emerge from it. To many who now quite rightly speak out against the Ukraine invasion, it’s as though the past few decades didn’t exist. To them, we can only consider the events of the past few months in judging what has happened and what we can do about it. But while we should reject the view of history as ‘just one damned thing after another’ we also have to accept that the past does have an impact on the present and in understanding that it also helps us to shape the future.

That requires us to understand the legacy of the post Cold War world: the expansion of Nato despite assurances right up to the Russian border; the further military presence by Nato and others in the Pacific; the bombing of former Yugoslavia in 1999, the whole war on terror of the 21st century following 9/11 which saw full scale invasions of two countries and the bombing of several more; the British backed war in Yemen. These have created greater instability, much higher levels of armament and military spending worldwide, and strengthened inter imperialist rivalries, culminating in the new cold war against both China and Russia.

It is impossible to understand the war in Ukraine without considering these issues, and without accepting that the governments who now want everyone to get behind them against Russia have blood on their hands as well. Even to raise these issues is to be denounced as Putin apologists and traitors but they remain the key to analysing where we go from here. This means calling for Russian withdrawal, ceasefire and for peace talks. It also means however challenging the imperialists who have brought us to this position and whose system directly threatens the survival of humanity.

That means criticising and campaigning against our own government and its allies who are pouring fuel on the flames of conflict by sending more arms to Ukraine and troops to surrounding countries. It means rejecting sanctions which will harm Russian people. It also means highlighting the hypocrisy of Johnson and Patel both over their treatment of refugees (which is so racist that it is being exposed by the popular sympathy for Ukrainian refugees), but also in their double standards over Afghanistan and the Middle East and their justification for the wars there. To fail in this crucial task is to give a free pass to the biggest imperialism and its closest ally.

Only this week Boris Johnson travels to Saudi Arabia (which carried out a mass execution of 81 of its citizens only on Saturday). That country’s human rights record and its murderous war in Yemen are not denounced on all sides, nor do we have collections in railways stations, schools and high streets for the victims of war and famine there. And correct me if I’m wrong but I haven’t heard any of those calling for a no-fly zone over Ukraine calling for one over Yemen.

Calls for no fly-zones over Ukraine and the imposition of ever more draconian sanctions on Russia are raised by some on the left as a means of dealing with the invasion. However they contain within them the threat of an even worse war than we are seeing now. A no-fly zone would involve attacking Russian ground defences and shooting down Russian planes and would potentially lead to much greater conflict by nuclear powers. For the same reason US president Biden prevented Poland sending planes to Ukraine. Sanctions are a form of economic warfare which will harm ordinary Russians much more than Putin and his friends.

There is an example from history here. After the Gulf War in 1991 Iraq had sanctions imposed and a no-fly zone across the north of the country. Not only did they fail to prevent the conflict in 2003, they contributed to it. Sanctions had a devastating effect on the population and if anything strengthened Saddam Hussein. And the no-fly zone built up support for invasion in the north, giving the US confidence that it could go to war on a lie.

The Middle East is still living with the consequences.

The New McCarthyism and Labour

Talking to friends who have been here before, most of us agree that the attacks against the anti-war movement are worse than anyone can remember. The abuse and threats are worse than after 9/11. Witch hunting reaches sometimes McCarthyite levels.

A key role in this has been played by Keir Starmer. He threatened to suspend the whip from 11 MPs unless they took their names off a Stop the War statement. The whip’s letter to MPs implied that this statement had been written the day of the invasion – completely untrue. It has now become illegitimate to criticise Nato within Labour.  The repeated smears against the Stop the War Coalition, begun before the war, have intensified and its supporters have been subject to witch hunts from media and politicians alike.

Jeremy Corbyn has been accused of supporting Putin, despite his record of opposing the war in Chechnya and raising concerns about exactly the Russian billionaires that Boris Johnson feted and in one case ennobled. Only rare voices such as the right wing journalist Peter Oborne have pointed out that he has been much more prescient about Putin than many of his detractors.

Many of the liberal left have joined in, their attacks ranging from the unpleasant and dishonest (Peter Tatchell in the Times) to the embarrassing and cringeworthy (Zoe Williams in the Guardian). This is not just about a difference of opinion. Those liberals – many of whom have repeatedly called for more western bombing and intervention in past wars, and now are central to promoting more militarism from the EU – want to eradicate any memory of Corbynism, any mention of the apology for Iraq, and any sense that their government might be in the wrong.

They are joined by those on the left who want a bigger, bolder, Nato at the centre of the EU and prepared to attack anyone on the left who does not agree with them. Every war produces these people – they play a useful role in echoing their government’s view ‘from the left’. Once the next war comes into view, new left warriors take their place, because their value is in saying ‘ I was against war until now’ and so they are no longer required.

The anti-war and peace movement is in a minority now – but that means it is more important than ever to speak out. Many thousands are doing so across Britain and throughout the world, and our support will only grow. We will not be silenced.

Tolstoy adaptations cancelled. Russian lessons in a primary school banned. Tchaikovsky recitals on hold. Strictly dancers from Russia told they are not welcome unless they denounce Putin. A young Russian pianist in Montreal dropped even though he has criticised the war.

This is pure xenophobia and fear. It is approaching the anti German feeling during the First World War when in the US dachshunds were renamed liberty dogs and sauerkraut became liberty cabbage. Its consequences will be harassment and potential violence against individual Russians. Many Russians oppose Putin and the war. Even if they do not, the responsibility for it lies with their government.

Russia has a wonderful cultural tradition which belongs to the world. Much of it relates to three defining events in its modern history: the invasions by Napoleon in the 19th century and Hitler in the 20th century, and the revolution of 1917. None of those has anything to do with Vladimir Putin. It is an obscene form of philistinism to deny these works to anyone or to penalise Russian performers in any way.

The shame of Europe – weekly briefing

Is BoJo about to go-go? – weekly briefing