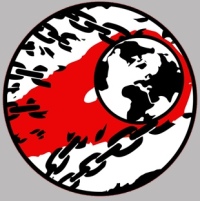 I was a guiding leading figure in Incendiary and therefore take ultimate responsibility over its deterioration into right opportunism – specifically in the form of populism/tailism. We live in revolutionary times, and Incendiary has failed in its role to act as a revolutionary voice for the masses when it is most necessary.

Leadership is key in any organization. In the final analysis, my poor leadership made the wrong calls, allowed rightist errors to go unchallenged while I also pushed rightist positions. I was too bogged down in resolving two-line struggle though administrative means. Something Chairman Mao rejected in “On the Correct Handling of Contradictions Among the People” where he said, “All attempts to use administrative orders or coercive measures to settle ideological questions or questions of right and wrong are not only ineffective but harmful.”

Additionally, I operated from an incorrect understanding of democratic centralism, not understanding that the two-line struggle that had been occurring within the board was democratic, even before I joined its leadership. After exhausting the internal democratic centralism of Incendiary the time had come to take the struggle outside of the organization. This isn’t something counter to Marxism-Leninism-Maoism, principally Maoism. Chairman Mao in guiding the revolutionary Chinese masses to power and advancing the construction of socialism to its highest development, the Great Proletarian Cultural Revolution, called for a bombardment of the rightist headquarters within the Party. Chairman Mao firmly upheld democratic centralism, with an unshakable faith in the masses. His call for cultural revolution was a necessary step in the development of the Party, the development of Marxism and the development of socialism, bringing the world one step closer to the luminous Communism. To negate line struggle is to negate Chairman Mao’s contributions to Marxism.

With or without intention, my move to seek to resolve political matters throughout administrative means was an attack on Maoism itself, on two-line struggle! It negated the class struggle within revolutionary organizations. This is reprehensible and the editorial board where I served as a guiding leader was rightfully bombarded by a former contributor and all members of the editorial board who one-by-one began turning in their resignations. The editors announced their support to the new revolutionary voice who now seeks to conquer its rightful place as the newspaper for the masses of the United States. Yet I dragged my feet to join my comrades.

The most glaring error, which ended up being the final push to expose Incendiary as a developing rightist headquarters in the revolutionary movement, was the editorial on COVID-19, titled “World Economy Heads Toward Recession as Coronavirus Declared Pandemic.” This editorial rejected the most advanced analysis in the international revolutionary movement by A Nova Democracia in their editorial titled, “World economy heading for depression: coronavirus hides the crisis of imperialism.”

Comrades in the US have generated two lines on this: that COVID-19 is a real tiger, and that COVID-19 is a paper tiger. Despite the centrists who would play with words to appeal to populism, who try to uphold revolutionary slogans while buying into the bourgeoisie’s alarmism, these are the only two lines.

While well-meaning comrades may equate the two opposing lines, their centrism actually serves the ruling class. It is urgent they understand this and confess and self-criticize for their alarmism and tailism, which negates organizing for socialist revolution. Not only is COVID-19 not the real paper tiger that the bourgeoisie and even some comrades make it out to be, but it wasn’t even the cause for economic crisis. A severe imperialist crisis had been predicted to hit by 2020, as stated by Tribune of the People!

I was not the principle author of the Incendiary editorial but I gave it my approval. My job as publisher was to struggle to defeat rightism and improve quality control. I failed at both. A while back, I told the comrades I wanted to be more involved in Incendiary after a long time of inconsistently checking in and out. I wasn’t able to manage my time efficiently to balance my work in the revolutionary movement. However, I make no effort to distance myself from this editorial. I own up and take fundamental responsibility for its release and I know the other editors have also taken responsibility for their roles.

After patient struggle that only great comrades can display, I was given the gift to rectify and to carry on as a comrade in the movement. Despite my dangerous negative subjectivism that caused me to temporarily view friends as enemies, my comrades did not lose faith in me. For that I am deeply grateful and I enthusiastically humble myself by submitting to the revolutionary leadership that has emerged to take its rightful place as the head of the movement’s new newspaper, the Tribune of the People!

In the final analysis, we are all in an objectively better place with the displacement of the rightist Incendiary Editorial Board and the discarding of Incendiary itself. I am not demoralized, although I confess I suffer from a disorientation. My world has been turned upside down. What I once thought correct is incorrect. It is a painful thing to grasp that I am a rightist, especially because I have longed struggle against other rightists as well. This just shows a deficiency, my fundamental error of not grasping Maoism. I cannot “cure” or rectify myself of rightism. Rectification can only happen with a collective that upholds the correct line. Two aspects at play in my contradictory thinking are: losing faith in myself while I maintain faith in my comrades and the masses to not lose faith in me. I will struggle to maintain my revolutionary optimism that I can rectify!

Like some of Incendiary’s editors, I will not be allowed to join the new paper. And I unite wholeheartedly with that decision. My absence, as a currently incapable guiding leader, will only give great opportunity and chance for Tribune of the People to rise to new great heights.

In addition to the revolutionary movement in the US which will advance under escalating conditions, I know that the international movement will be greatly served by Tribune of the People.

I will devote the necessary amount of time to rectify by focusing first and foremost on my right opportunism, my negation of Maoism and on my negative subjectivism. All this can be correctly summed up as my inability to apply Maoism by not paying special attention to the application of the general to the particular.

I make this public so that my extreme errors can be synthesized and used for good: to turn this failure into a victory for the revolutionary movement in the US that will never give up its unrelenting attacks on rightism by always imposing the left line!

One divides into two!

Long live Tribune of the People!