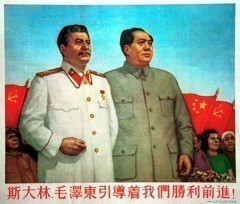 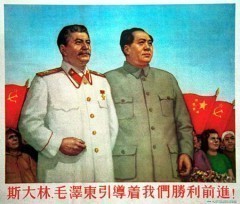 Fight Back News Service is circulating the following article written by Chinese revolutionary Mao Zedong on the 60th birthday of Joseph Stalin.

Stalin, Friend of the Chinese People

On the Twenty-first of December, Comrade Stalin will be sixty years old. We can be sure that his birthday will evoke warm and affectionate congratulations from the hearts of all revolutionary people throughout the world who know of the occasion.

Living in a period of the bitterest suffering in our history, we Chinese people most urgently need help from others. The Book of Odes says, “A bird sings out to draw a friend’s response.” This aptly describes our present situation.

But who are our friends?

There are so-called friends, self-styled friends of the Chinese people, whom even some Chinese unthinkingly accept as friends. But such friends can only be classed with Li Lin-fu, the prime minister in the Tang Dynasty who was notorious as a man with “honey on his lips and murder in his heart”. They are indeed “friends” with “honey on their lips and murder in their hearts”. Who are these people? They are the imperialists who profess sympathy with China.

However, there are friends of another kind, friends who have real sympathy with us and regard us as brothers. Who are they? They are the Soviet people and Stalin.

No other country has renounced its privileges in China; the Soviet Union alone has done so.

All the imperialists opposed us during our First Great Revolution; the Soviet Union alone helped us.

No government of any imperialist country has given us real help since the outbreak of the War of Resistance Against Japan; the Soviet Union alone has helped China with its aviation and supplies.

Is not the point clear enough?

Only the land of socialism, its leaders and people, and socialist thinkers, statesmen and workers can give real help to the cause of liberation of the Chinese nation and the Chinese people, and without their help our cause cannot win final victory.

Stalin is the true friend of the cause of liberation of the Chinese people. No attempt to sow dissension, no lies and calumnies, can affect the Chinese people’s whole-hearted love and respect for Stalin and our genuine friendship for the Soviet Union.