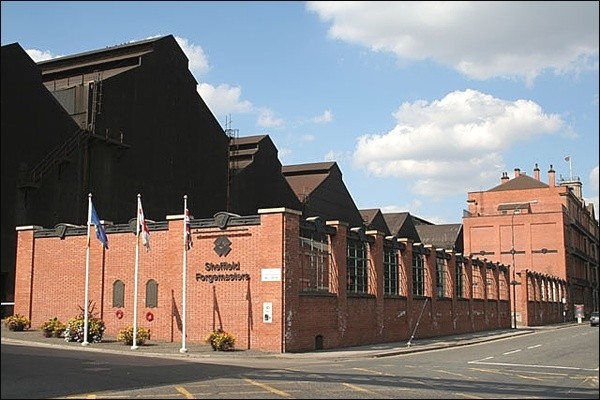 Link to this page: https://www.socialistparty.org.uk/articles/32878 Last week the Tory government took the decision to nationalise Sheffield Forgemasters by paying an initial £2.6 million to buy up all the shares and promising investment of £400 million over the next decade.

Forgemasters isn’t a steel producer, but uses steel to manufacture large scale castings and forgings critical to the manufacture of nuclear submarines and other parts needed in the defence industry. Indeed, Forgemasters boasts that it is capable of producing the largest and most technically challenging cast and forged components in the world.

The response of trade union officials has been gushing. Steve Turner of Unite said: “It brings to an end years of instability for this historic 215-year-old company, but is also a sign that government is maybe finally waking up to a crisis of its own making”.

Of course, we welcome this nationalisation that protects the jobs of 800 workers at the site and others in associated industries, but we also point out that this measure is being taken in the interests of the boss class.

For years Forgemasters has teetered on the brink, being subject to takeovers and government bailouts. Currently the company has a £30 million guarantee from defence giants Babcocks, Rolls Royce and BAE because it is so vital to their supply line for the defence industry.

However, the failure of this critical company would impact on the ability of the British state to use military might to threaten and invade other parts of the world. Ultimately, British capitalism needs this to counter disruption to its raw materials, trade and markets.

Steve Turner is wrong to describe this as ‘waking up to the crisis’. It is a state capitalist response to the need to preserve the defence industry.

In the 1970s the Tory government of Ted Heath nationalised Rolls Royce, again to protect British capitalism’s strategic interests, so it’s not a new action.

The workers’ movement should of course be arguing that if jobs can be saved by government takeover at Forgemasters, the government should also be nationalising transport, construction, energy, financial institutions and other large companies that directly impact on ordinary people.

It is clear how wary the government is of people making this link – it claims that the company has been nationalised by the Ministry of Defence, as though there is some distinction between the MoD and the rest of the state!

While this is nationalisation, it is a far cry from the nationalisation that the Socialist Party calls for. The same management structure from the private sector is to remain in place. Compensation should only be paid to shareholders on the basis of proven need. We demand nationalisation with workers’ control and management of the industry, where decisions about what and how products are produced are determined by workers and communities, with an end to business secrets and the opening of the books – not just of individual bankrupt capitalists but of whole branches of industry.

An example was shown by the Lucas Aerospace workers in the 1970s, who democratically discussed and put forward a plan for converting their production lines to the manufacture of electric wheelchairs and kidney machines.

Nationalisation of the whole steel industry, under workers’ control, would allow diversification of the sector away from arms to socially useful production, while maintaining workers’ jobs, raising pay and expanding the number of jobs, providing a glimpse of what could be achieved with democratic socialist planning.

This version of this article was first posted on the Socialist Party website on 3 August 2021 and may vary slightly from the version subsequently printed in The Socialist.