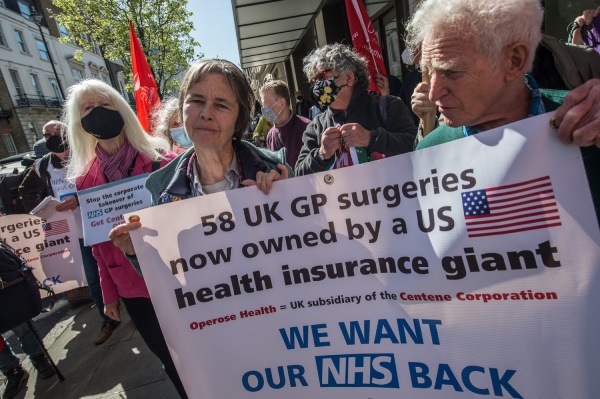 The NHS is facing record-breaking waiting lists for routine treatment—and the crisis is will likely get worse if Tory plans to “reform” the health service go through.

Nearly 5.5 million people are currently waiting for non-urgent operations in England, the highest since records began in 2007.

And around 300,000 of them have already been waiting in pain for more than a year for non-urgent, but life-improving treatment.

Recent analysis by the Institute for Fiscal Studies warned that the number of people on NHS waiting lists could more than double by autumn next year.

The ambulance service handled more than one million 999 calls in July, again the highest figure on record. But the service is finding it hard to recruit people fast enough to replace those who are retiring or leaving.

The new data shows that, despite being spared a huge surge in Covid admissions during the summer, the NHS is still struggling to recover from the pandemic.

Tory health secretary Sajid Javid claims his main goal is to “build a better NHS and bust the backlog”. But many health activists and experts say that Javid will try to achieve this by reducing the government’s obligations to the health service.

The government’s White Paper would give the Treasury and the private sector far more power—while watering down the public’s rights to determine what treatments are available.

Javid hopes that he can reduce the backlog by effectively rationing free treatment. Meanwhile the private sector will be encouraged to offer those services the NHS can no longer provide—but at a cost.

The Tories want to use the pandemic crisis to ram through changes they’ve long wished for.

That’s why it is vital that health workers battling over pay must be joined by health activists battling the Tories’ rationing and privatisation agenda.

Together, they have the power to turn the Tory agenda into dust.