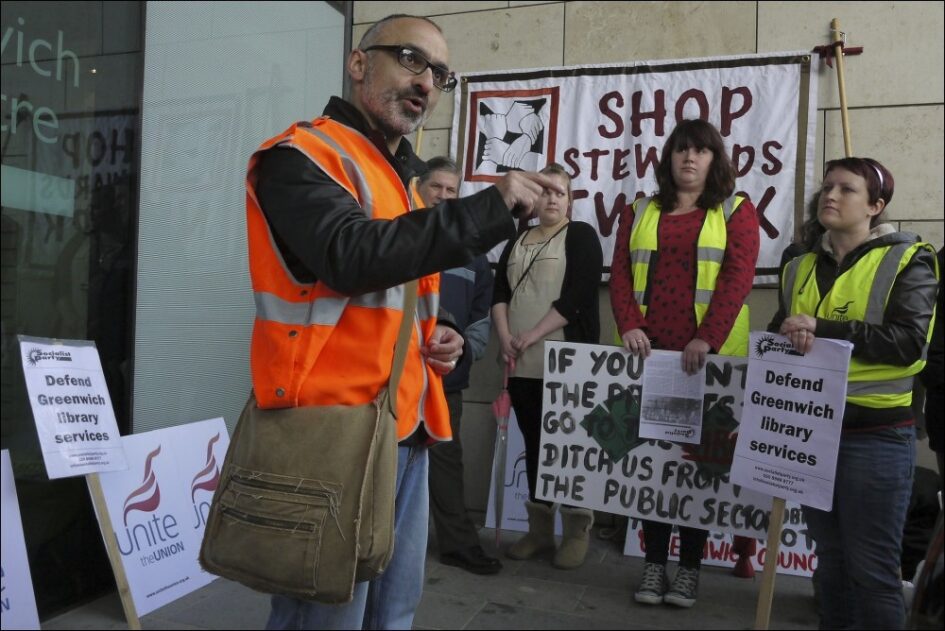 From The Socialist newspaper, 26 January 2022

Socialist Party member Onay Kasab, recently appointed Lead for Local Government in Unite the Union, spoke to the Socialist about the union’s strategy for fighting to defend the pay, jobs and conditions of local authority workers and local council services. 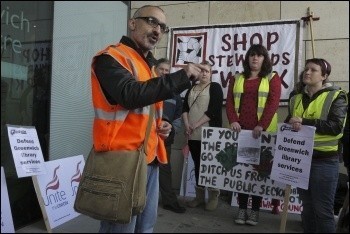 With inflation rising, what is your strategy for securing a decent pay rise for local government workers?

Unite is balloting our members across England, Wales and Northern Ireland for strike action for one reason and one reason alone: we will not allow local government workers to pay the economic price of Covid. The employers ‘offer’ for 2021 of 1.75% is an insult. Our claim for 10% – with the RPI rate of inflation now at 7.1% – shows how right we were to make that claim.

Our ballot strategy is a ‘disaggregated’ ballot, breaking the ballots down council by council, and sometimes down to workplaces, so that where we meet the legal 50% threshold for turn out in the ballot, we can take strike action, pulling out those key areas who vote for action.

It is, of course, the case that we should be able to run one national ballot – but the fact that anti-trade union laws regarding thresholds exist, means we have to adapt until we win campaigns to repeal these laws. This is despite so many MPs being elected on far smaller turnouts.

Our ballot allows for the anger that currently exists to be channelled into a national campaign on pay. Anger, not just about parties at Downing Street, but about the fact that MPs live a subsidised existence while our members hold down multiple jobs on poor pay to make ends meet.

Our strategy includes setting up ‘combines’. The first local government combine, bringing together local government reps, both directly employed and outsourced, met on 14 January. This will be a campaigning, fighting body that will take the union’s industrial campaigns forward. This is well overdue. Rather than fighting council by council, or outsourced contract by contract, we now have a body that can take the fight to the employers on a national basis, not just once a year on pay, but time after time all year round.

Our waste service members in Coventry taking strike action are leading the way. We will form combines bringing waste service workers together to decide on rates for the job and to campaign nationally. We will do the same for other areas including housing and care services.

What role can Unite play in fighting against cuts to local services?

Our policy, agreed at conference last year, calls on local authorities to agree legal, needs-based no-cuts budgets. This is absolutely key. I remember talking to a councillor in Lewisham, telling her why services should not be cut. Her appalling response was to ask me which service I preferred to save – in other words, shall we save children’s services by cutting services for the elderly?

Our policy now allows our union not just to say “no cuts”, but to also to say that we have a solution.

No longer can councillors hide behind the red herring of illegality. It is perfectly legal to agree a needs-based no-cuts budget with borrowing and use of reserves to fill gaps in the short term, while uniting the community and trade unions to fight and demand the funding that is needed for the longer term.

This last part is so important. We know that central government has been cutting funding – we don’t need councillors to tell us that. What we need is for councillors to grow a spine and to mount a fight, instead of wielding the axe for the government.

Let me be very clear: this applies to all councils, no matter what the political colours. It is political will that is the issue, not legality. We will organise through mass mapping exercises – centrally held data showing figures and what services are being cut, when are outsourced services due to be reviewed, what pay and conditions are outsourcers paying – this will then allow us to plan national responses.

Why has Unite agreed to send a speaker to the Trade Unionist and Socialist Coalition (TUSC) conference?

On Channel 4 news recently I heard Anneliese Dodds, Labour shadow secretary for women and equalities, repeatedly quote “the cost of living crisis”. Yet her party, in power in council after council, has cut service after service, job after job, ruining exactly the lives that she is the shadow secretary for. The equation is a simple one. If you accept that specific groups within society are discriminated against, and then you cut the services that those people rely on, who is going to be hardest hit? Is it not going to be those who are supposedly covered by the portfolio of the shadow secretary?

Unite is formally speaking at the TUSC conference because the cost of living crisis will not be solved by the current parties prowling the corridors of Westminster. Unite has agreed what is a groundbreaking policy against cuts. We want not just to explain our policy. We want to actively promote it and make clear that we will fight cuts, we will fight for better pay, we will fight with communities, whatever the political colours of councils.

“Conference agrees that Unite must now adopt a policy calling on Labour councils to set legal, balanced no-cuts needs-based budgets.” This sentence, taken from the recent anti-cuts resolution, which was passed unanimously at Unite’s policy conference in October last year, was reinforced by the Unite housing workers’ branch at their January meeting.

The branch passed a resolution which commits us to write to every Labour candidate and elected representative to ensure that they agree to adopt this uncompromising approach to cuts in services and jobs. That means not simply opposing the cuts in words, but in deeds.

This means Labour councils and councillors not simply blaming the Tories for cuts, but joining together in fighting austerity, refusing to implement cuts where in power, and identifying an alternative ‘needs-based budget’ around which we can campaign where Labour is in opposition.

It is estimated that local authorities will implement £1.3 billion worth of cuts in the next year. Whether the jobs of our members are directly threatened or not, we are all affected by the cuts. Many of our members’ jobs are dependent on local authority contracts, and unless there is a concerted, organised fightback, it is clear that councils will seek to pass on the cuts to their outsourced services as well.

Some Labour representatives argue that as the revenue to local authorities has been cut, councils have no alternative other than to implement these cuts. Unite utterly refutes this false choice. We also reject the argument that there are no resources available. Local authorities in London alone have seen their joint reserves increase by £1.2 billion over the last year. General reserves held by Labour councils throughout England and Wales stand at £15.32 billion. There is £2.07 billion in their housing revenue accounts and £2.59 billion in the usable capital receipts reserves.

Prepared to sack our members

Labour authorities could coordinate their efforts to fight to resist cuts – they do not have to implement them. These huge sums of money could be used to prevent the need for any further austerity. So don’t let anyone tell you that the money isn’t there as these figures show clearly that it is!

This is why the Unite housing workers branch is supporting Unite general secretary Sharon Graham’s call for those Labour representatives who are not prepared to support their trade union brothers and sisters to stand aside for those who will. Unite cannot afford to waste our members’ money and goodwill in supporting political representatives who are prepared to sack our members and dispense with essential local services.

The Unite housing workers’ branch is keen to maximise the support for our anti-cuts strategy, which is why we are calling on members to stand for election as councillors if they support the idea of setting no-cuts, needs-based budgets. We also confirm our commitment to any Labour representative who is disciplined by the Labour Party for refusing to vote for cuts.

We recognise that using reserves and borrowing facilities alone will not defeat the cuts, but it will certainly give us the breathing space to develop a powerful political campaign throughout the UK to prevent further cuts this year. It will also show what can be achieved politically, and give huge confidence to workers and trade unions in building a movement that places public need and workers’ welfare above private profit.

As Sharon Graham puts it: “We know that central government is not giving councils the money they need. But it is not enough for councillors to shrug their shoulders and pass the buck. Local authorities can agree balanced, legal budgets that do not make cuts.

“It is perfectly possible for them to use their reserves and borrowing powers to plug gaps, while at the same time campaigning for adequate central government funding to safeguard council services. I would like to see my union at the heart of integrated campaigns inside communities, fighting for better services and giving council workers the proper pay rise they deserve.”

Please consider moving this model resolution in your union branch

Trade unions and the cuts

Trade unionists in the USA fighting back

Hundreds protest to save St Mary’s Leisure Centre in Southampton

Eviction resistance on the march in Waltham Forest, east London

War in Yemen, made in Harlow, profit for rich

It’s my party, and I’ll lie if I want to

What strategy for the Left in the trade unions?

Britain: what strategy for the left in the trade unions?