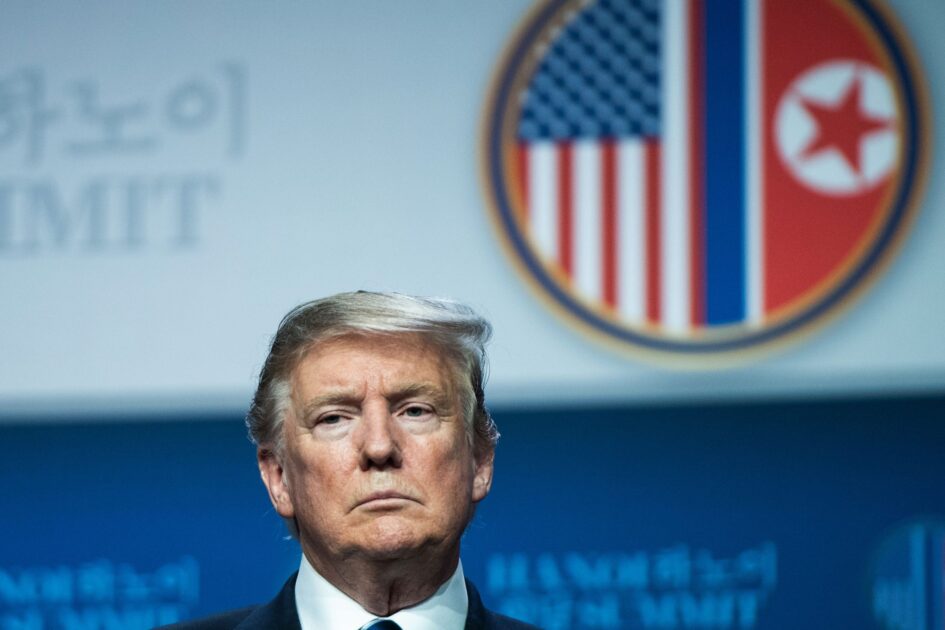 This story originally appeared in Truthout on Jan. 12, 2023. It is shared here with permission.

An updated excerpt from a book about the Trump presidency reveals that the former president had considered issuing a nuclear strike on North Korea and blaming it on another country.

The book, “Donald Trump v. The United States,” authored by The New York Times’s Michael Schmidt, has been updated in a new edition that will be available next week. NBC News, which obtained copies of the new edition, reported on the updates, which detail conversations between Trump and John Kelly, who served as his chief of staff from July 2017 to January 2019.

The new edition reveals additional information about Trump’s feelings on North Korea, including his desire to attack the country.

“North Korea best not make any more threats to the United States. They will be met with fire and fury like the world has never seen,” Trump told Kelly at his golf club in Bedminster, New Jersey, in August 2017, just eight days after Kelly took over as chief of staff.

According to Schmidt’s book, Trump also discussed North Korea with Kelly “behind closed doors in the Oval Office,” where Trump “continued to talk as if he wanted to go to war.”

During this period of his presidency, the former commander-in-chief hinted at using nuclear weapons against North Korea, saying that he could blame a nuclear attack on a country other than the U.S., Schmidt says in his book.

Trump “cavalierly discussed the idea of using a nuclear weapon against North Korea, saying that if he took such an action, the administration could blame someone else for it to absolve itself of responsibility,” the new edition of the book says.

Kelly and other military leaders responded by warning Trump of the economic repercussions and the lives that would be lost if he started a war with North Korea.

The book cites dozens of interviews with former Trump officials, including people who worked in Kelly’s office when he served as chief of staff.

Tensions between Trump and Kim culminated in January 2018, when Trump warned Kim in a Twitter post that he could strike the country with nuclear weapons at any moment.

“North Korean Leader Kim Jong Un just stated that the ‘Nuclear Button is on his desk at all times.’ Will someone from his depleted and food starved regime please inform him that I too have a Nuclear Button, but it is a much bigger & more powerful one than his, and my Button works!” Trump wrote.

Trump’s attitude toward Kim changed later that year, however. After an endorsement from his then-Secretary of State Mike Pompeo, the two began exchanging correspondences. Trump would go on to visit North Korea later in his presidency.

Trump would often brag about his notes from Kim, which he has described as “love letters.” The letters were among the hundreds of classified documents he took from the White House to his Mar-a-Lago estate at the end of his presidency. Trump also reportedly took sensitive documents regarding the nuclear weapons capabilities of other nations, hiding them at his Palm Beach, Florida, residence until the FBI retrieved them during a search of the property in August 2022 and returned them to the federal government.

End US sanctions on North Korea! US troops out of Korean Peninsula!

Scans of USFSP Bulletins since 2008 are Now Available online in PDF! Updates and edits discussed below.

Why blaming NATO is not westsplaining

Proletarians of all countries, get vaccinated!Пролетарии всех…

Ideas and Family Ties: Understanding why English-Speaking Countries Responded So Differently to the Crisis of the 1930s