Turning insult into injury: Starmer and the endless war on the left 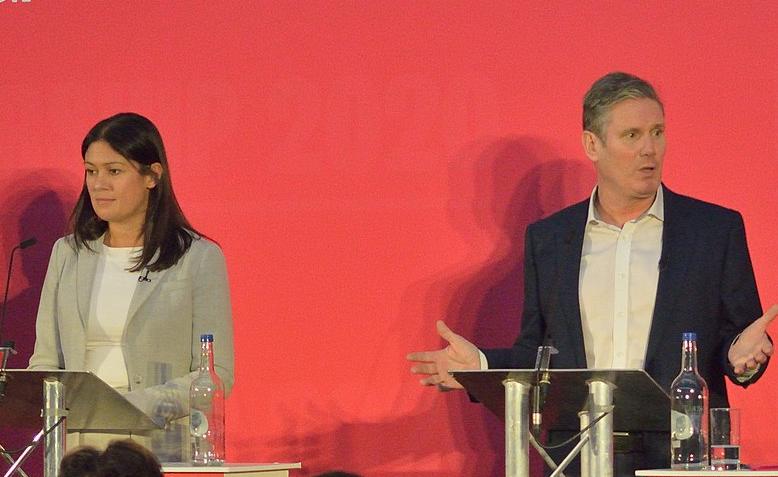 The Labour leadership’s latest attack on the left shows why we must turn to the extra-parliamentary movements to fight the Tories, argues Terina Hine

The Labour leadership is continuing its relentless attack on the left – this time by naming and accusing five former party staffers of leaking an internal report into anti-semitism in April 2020. Submitting papers to the high court on Monday, the party has again entered into a costly legal battle trying to blame the leak on the shoulders of five Corbyn supporting former staff members.

The report blew the lid on the pernicious behaviour of senior Labour staff and their deliberate sabotage of the 2017 election. It laid bare the bullying, racism and sexism endured by Corbyn’s team and supportive MPs, and made clear that the abuse was endorsed by those at the very top of the Party machine.

But does Labour under its new management act to stamp out this utterly appalling legacy? No, rather it investigates how the report found itself in the public domain and accuses five people, with no evidence, of the leak. The named five are Seumas Milne, Karie Murphy, Georgie Robertson, Harry Hayball and Laura Murray. They all strenuously deny the claim.

There are two striking things about this story – the first is that it shows the party is more concerned with scapegoating key people on the left than it is about addressing the contents and of the report.

The second is the absurdity of Labour’s position. These latest accusations fly in the face of the party’s own internal investigations – there have been two – as a result of which the party has admitted there is no basis for the accusations against the five. In fact both investigations concluded that multiple people – at least 20 – had received copies of the report prior to its release to the media – each one equally capable of being responsible for the leak.

But as numerous individuals named in the leaked report have sought compensation from the party, it appears the filing of these charges has more to do with financial liability and a smattering of revenge by association, than seeking either truth or justice.

According to a senior party official, the party is facing multiple legal battles, costing it more than £2m per year in legal fees – this figure used to be closer to £200,000. Adding to the loss of income from the huge decline in membership witnessed since Corbyn’s departure, and the coffers are looking seriously depleted.

“it is clear that it [Labour] will be naming the individuals in an attempt to deflect on to them its own liability in claims brought by a group of claimants who are suing the party over the leak as well as the party bringing a related claim direct against the five.”

The law firm goes on to explain,

“The party apparently admits that its case against the individuals is purely circumstantial and inferential, … has failed even to set out that case properly in correspondence, despite its obligations to do so under the relevant Court Protocol.”

But this is not the the main issue: of course it is reprehensible that five people are being scapegoated and they deserve all our support, but the real issue remains that senior management of the Labour party plotted to prevent Corbyn from becoming Prime Minister by ensuring that Labour lost the election. That when the polls were looking good for the party the management stepped up their attacks, fuelling the anti-Corbyn propaganda machine, aided by a complicit media.

And on an individual basis they made Corbyn supporting MPs and staff members lives hell. WhatsApp messages leaked as part of the report revealed officials at the very top of the party referred to veteran MP Diane Abbot as “truly repulsive” and in one conversation an official said, “Abbott literally makes me sick”.

Members and activists were horrified. The report put into black and white what many had imagined. Only worse. And made it official. The 860 page horror story told the tale of the Labour right’s vicious war on the left: how they prioritised battles with the Corbyn and his supporters over fighting the Tories. Instigating this court case now shows that the war rumbles on, and in the meantime the Tories remain unchallenged by the official opposition.

So as the nights draw in and discontent grows it is to the the social movements, campaign groups and trade unions that we must turn if we want to take the fight to the Tories.

London’s top cop must go after new insult to women

9/11 and the Endless Wars of U.S. Imperialism

China at a turning point?