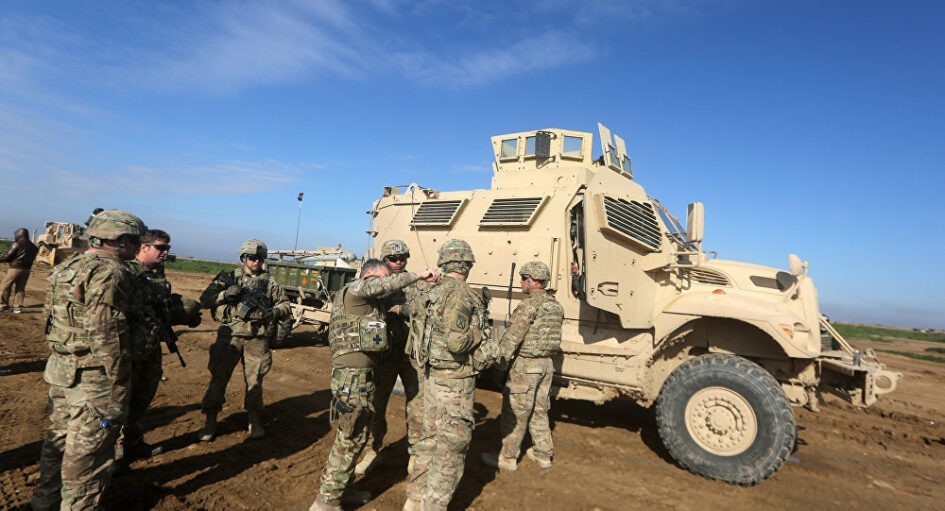 By way of an order issued December 19th to his cabinet and staff, Trump has called for a “full and rapid” withdrawal of amerikan troops in Syria, stating “[w]e have defeated ISIS in Syria, my only reason for being there during the Trump Presidency.” This has caused an uproar among legislators and the brass, who were apparently left in the dark about his intentions until they were publicly issued. Naturally the first to chime in were the neoconservative choir in washington, harping on the necessity of continued amerikan involvement and threats to their long-term interests. It is unclear whether or not this decision will survive the row it has unleashed, but serves as further evidence for a profoundly confused and capricious imperialist mandate.

Before we get too excited at the prospects of an end to amerikan involvement in the region, we should consider that nothing is to be done about the u.$. occupation of Iraq. There remains the possibility that, either through original intent or by way of compromise, this withdrawal could become just a redeployment, whether by special forces or mercenaries. But the withdrawal from Syrian territory would represent a contraction of the amerikan frontlines, and most definitely serve to weaken their interests overall, but we should not mistake it for “peace” in any sense. Peace, of course, is only something that can truly be won through the elimination of imperialism overall.

Another issue is that of the Kurdish forces, and their reliance on the presence of amerikan forces to dissuade key enemies from advancing on them—namely Turkey. This has contributed to a series of erroneous arguments regarding the decision’s impact in this regard, which we feel it necessary to address. Principally that the withdrawal is an effective abandonment of the progressive Kurdish forces, who will now see an unbridled offensive issued in the absence of amerikan forces. While there is some truth to this, in that the Kurdish people, their progressive and reactionary forces, do face grave danger from enemies both north and south, our position should not rely on an ambivalence to amerikan imperialism, as this is a fundamental failure of our responsibilities as revolutionaries.

Unfortunately this is not a matter we can resolve from a distance, and can only be effectively engaged with through cooperation and open dialogue with the most advanced political elements among the Kurdish people. There is no scenario where we can relax our demands for the complete withdrawal of the amerikan imperialists from every project they have initiated. Our responsibilities in this regard are not changed by the current quagmire, and in fact, see their immediacy further compounded by it. Even so, we condemn those uncreative and impotent “revolutionaries” who have substituted genuine internationalism for mindless propaganda work for competing imperialist powers. While such individuals are rather innocuous in the current moment, we cannot tolerate such ideological bankruptcy and the chauvinism it has helped to breed.

In its totality this move is cause for optimism and action. It represents another great slippage in imperialist footing, and we should exploit this to the best of our ability. The withdrawal from Syria should become a domino effect in our propaganda, and we should demand the further withdrawal of amerikan forces from surrounding countries, and ultimately every outpost of u.$. imperialism. Certainly a struggle is ahead within the imperialist state as its decrepit factions squabble with one another, and we should use this moment of confusion to our advantage. Our propaganda should not endorse any imperialist faction over another, but underscore the necessity in struggling against them all. We should not resign ourselves only to calls for peace, but augment them with the call to fight imperialism.

Remember Lenin! In the absence of an anti-war movement, we must build the conditions for turning imperialist war into revolutionary civil war!