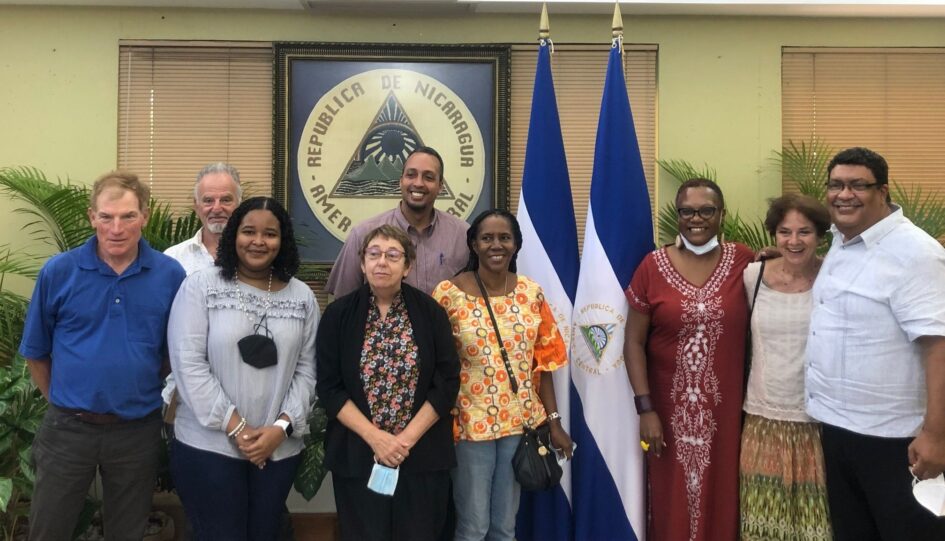 Nicaragua’s Alliance for Global Justice delegation visited Nicaragua to learn about the advances of the Sandinista government over the last 15 years. The object of the visit was to counter the tsunami of false information daily churned out by the U.S. State Department and its allies in the national and international media. 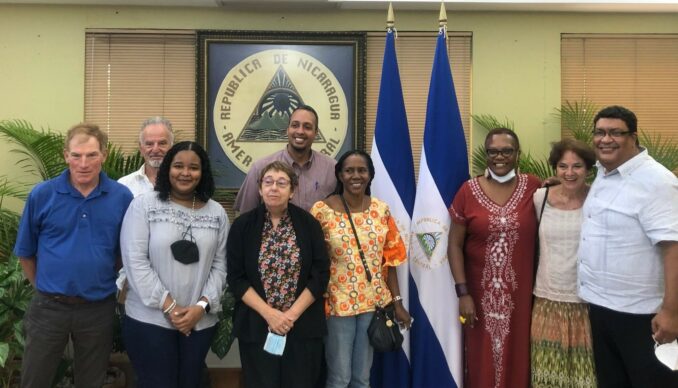 U.S. delegation meets with Ministers and Presidential Advisors of International Relations in Managua.

For a week in early October, the delegation visited government ministries, universities, hospitals and schools, and they had conversations with Nicaraguan small farmers and co-op organizers, in addition to members of the international community, in the cities of Managua, Leon, Granada and Masaya. They also met with the political affairs officer at the U.S. Embassy in Managua to present a statement of protest against U.S. interference in the internal affairs of the Nicaraguan government.

The delegation reported its findings at a press briefing broadcast internationally Oct. 7 by the United National Antiwar Coalition. The following is a sampling of excerpts from the findings.

Excerpts from the briefing

Coleen Littlejohn, who coordinated the delegation, opened. She is a retired development economist who has lived in Nicaragua for most of the last 41 years and is now the local volunteer coordinator for the AFGJ Nica Network.

I previously worked for a major international development NGO in Chile from 1978 to 1980. Nicaragua is not a dictatorship, while Chile at that time definitely was. Nicaragua has achieved and continues to work toward the development of its people, doing things that people in the U.S. can only dream of.

Nicaragua’s accomplishments include free health care and education, community policing, a country that gets 75% of its energy from renewable sources, 92% food self-sufficiency and women in at least 50% of public and elected positions.

The Nicaragua Network, a project of the Alliance for Global Justice, has been working to reach out to people and movements who want real change in the United States to tell them about what is really happening in this incredible country. And also to let the people of the United States know about how the U.S. government has been trying to destroy the “threat of a good example.”

Now the Nicaragua Network is organizing delegations of U.S. movement leaders to come and see why North Americans must defend Nicaragua and the Sandinista Revolution.

I was a member of an antiwar delegation that traveled to Nicaragua to honor the legacy of Dr. Martin Luther King Jr.’s commitment to equality, peace and justice in 1984.

Thirty-seven years later, from everything our delegation has witnessed firsthand, I see this revolution continues to thrive as a real democracy by using its limited resources to commit to the well-being of all its people.

The U.S. accusation labeling the upcoming Nov. 7 election here as “undemocratic and unfair” is an outrage and totally absurd. How can anyone who thinks rationally take the word of a government that disenfranchises the vote of Black people, migrants, etc., after the 2020 U.S. election?

How can anyone take the word of a government that claims to support “political prisoners” in Nicaragua but has held hostage in U.S. prisons for the past 30, 40 and even 50 plus years Mumia Abu-Jamal, Leonard Peltier, Jamil al-Amin, Ruchell Magee and many more?

The U.S. has no right to intervene into the internal affairs of another country, especially their elections, considering the biased nature of the U.S. elections dominated by the big capitalist parties, the Democrats and Republicans.

Nicaragua is a beautiful country with beautiful weather, blessed with fertile land because of the many volcanoes here, making Nicaragua 80% food independent. I found Nicaragua like a house with open doors with warm and friendly people, industrious, creative, hardworking and proud. During my daily walks here, I could go anywhere I wanted, at any time of the day or night, and feel safe and welcomed.

The best way to learn about Nicaragua is to come here. But there is an easier way for the smart people that read the New York Times or The Guardian or from our [U.S.] government. Just reverse what you hear. The truth is the opposite of what they publish.

After 17 years of right-wing governments, the Nicaraguans overwhelmingly elected the Sandinistas. Why?

Poverty decreased from 48% to 29% in 2014. Hundreds of thousands of women received loans under the program, Zero Usury and Zero Hunger. Education at all levels is free. All the socioeconomic indicators show great success with the commitment to the poor, to a mixed economy and democracy.

Nicaragua had just over 50 hospitals when Daniel Ortega was elected president in 2007. Now there are 77 hospitals, one-third built in the last 14 years

Today all health care is free. Today education, including university, is free. Even child day care centers are free and available to all.

Today women make up 50% of elected positions in the national, regional and local governments.

These are rights and benefits we do not have in the United States.

Extreme poverty has been reduced by half.

Infant mortality and maternal mortality have been reduced by more than half since 2006. Only 50% of the people had access to electricity; under the Daniel Ortega government, this is now 99%.

In 1989 after 10 years of the Sandinista government, illiteracy had been reduced to 10%. After 16 years of neoliberal, pro-U.S. government rule, it had jumped to 30%. It had tripled. After the 14 years of the present government, it is now down to 4%.

Our delegation feels it is urgent for all of us to increase our efforts to work against U.S. interference in Nicaragua’s November election. It is urgent we focus on opposing a new U.S. regime-change operation.

Sanctions Kill focuses on building coordination among many organizations opposing U.S. sanctions on 39 countries, one-third of the world’s population. This is a crime against humanity. The U.S. has declared Nicaragua, a developing country of 6 million people, to be “an extraordinary threat to the national security of the United States.” How preposterous!

But U.S. corporate power is threatened by the example of what Nicaragua is building for the people. We came to see for ourselves.

We heard vivid descriptions of the crimes of the U.S.-backed failed coup in 2018, with social media saturation, mercenary terror squads, roadblocks and demands for the popular Sandinista government to resign.

The Sandinista revolution of 1979 was a profound upheaval, a change in consciousness, a combative determination to build a new society.

Through the 1980s Nicaragua was not allowed a moment of peace. There were nonstop U.S. contra wars, combated by a mobilized population.

From 1990 to 2007 right-wing governments reversed and privatized everything — education, health care, social services. The harshest neoliberal economy meant nothing for the people. 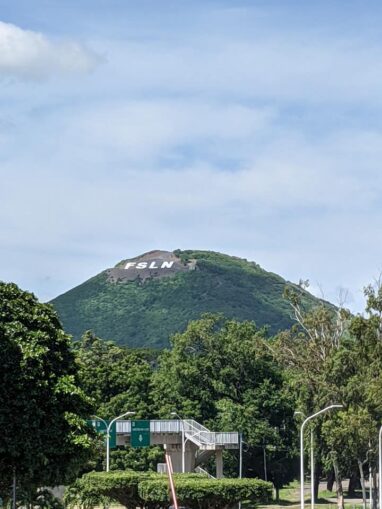 In 2007 the Sandinistas won the elections and began programs that have had a huge impact in these 14 years. Their programs are free education for all, including university, free public health programs with stunning gains, road construction, now the best in Central America. They’re tackling the big problems of potable water, sewage and disaster preparation in a country of hurricanes, floods, earthquakes and erupting volcanoes.

We visited schools, hospitals and health clinics. We talked to financial planners and disaster relief planners.

Using social distancing, masks and handwashing, and an intense community-based strategy of health monitoring and basic care for all, utilizing 1,233 health posts and door-to-door check-ins, has resulted in the lowest documented rate of COVID in this hemisphere. Meanwhile the U.S. has the highest rates of death and infection in the world. That’s the difference a coordinated free public health system makes.

We need to defend Nicaragua and rally the entire progressive political movement to understand what’s at stake.

The entire press conference may be viewed at tinyurl.com/ve23347c.

Car caravan demands an end to the blockade on Cuba