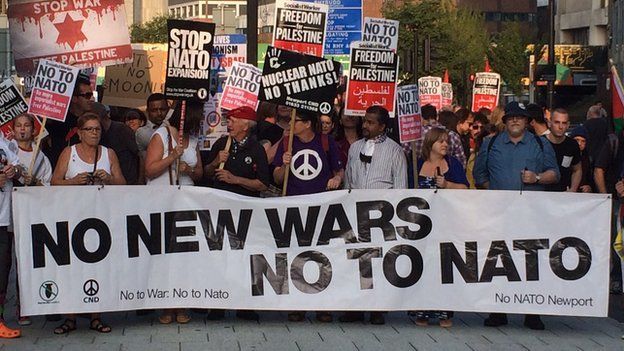 By ordering preparations to send 5,000 more U.S. troops to countries near the Russian border Jan. 23, President Joe Biden stepped up the risk of a war between the world’s two most powerful nuclear-armed states. Once again, U.S. imperialism has threatened a new military adventure in pursuit of domination, this time with a major military power.

Workers World calls upon all anti-imperialist and antiwar forces in the United States and Western Europe to protest Washington’s war threats and demand that U.S. and all NATO forces withdraw from Eastern Europe and the Baltic states — Lithuania, Latvia and Estonia.

The U.S.-based corporate media from the New York Times and NPR to Fox News accuse the Vladimir Putin government of Russia of planning aggression against Ukraine and fomenting war. 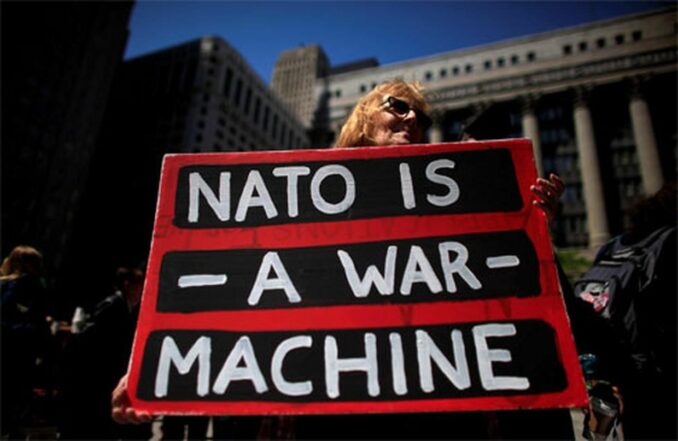 This coordinated anti-Russia campaign is aimed at justifying war preparations against Russia and to force Washington’s European allies to line up behind U.S. aggression. Similar campaigns, all lies, accompanied the war buildups against the former Yugoslavia in 1999, Afghanistan in 2001, Iraq in 2003 and Libya and Syria in 2011. The propaganda campaigns are an essential part of every imperialist war.

Whatever decisions have already been made by the Pentagon, the CIA and the rest of the U.S. foreign policy establishment, the level of danger is high enough that all anti-imperialist and antiwar forces in the U.S. and Europe should be on high alert to protest this latest war drive.

Washington and its allies are responsible for provoking the crisis over Ukraine and putting the people of the world in danger once again. As they have shown since the collapse of the Soviet Union in 1991, they have created the Ukraine crisis by provoking Russia at every opportunity with the long-term goal of crushing Russian sovereignty and converting the former Soviet Union into a collection of weak neocolonies supplying raw materials and exploitable labor to world imperialism.

In 1990 Soviet leaders allowed West Germany to annex the German Democratic Republic without interference from the Red Army. Then-U.S. Secretary of State James Baker promised Mikhail Gorbachev and others that the NATO military alliance would stay in place and not move an inch eastward. The Warsaw Pact — an alliance of the Soviet republics with Eastern European nations — was then dissolved.

NATO should have been dissolved

NATO too should have been dissolved. Instead, the U.S. adapted NATO, which it dominated, into an instrument of military intervention in Eastern Europe, the Balkans and even in Africa and throughout Central and Western Asia.

Since 1990 NATO has nearly doubled its membership from 16 members to 30 in 2021. The new members are former Warsaw Pact members and former Soviet Republics; and NATO has put Ukraine and Georgia, states bordering Russia, on its wish list as future members.

NATO already has bases within a short striking distance of Russia. Italy, a founding NATO member, has supersonic, nuclear-capable F-35 bombers within a half hour of Moscow.

The Russian government interpreted these U.S. moves as an existential threat. Russian President Putin said, “You’re on our doorstep. We didn’t come to you.” Putin was correct. He proposed that NATO withdraw from all the countries near Russia and that there be no place in NATO for Ukraine.

The current Ukraine regime took power with a coup early in 2014. The second Obama administration funded and supported Ukrainian, anti-Russian nationalist forces, including neo-Nazis, which established a new regime. This anti-Russian state immediately attacked the Russian-origin minority living in Ukraine, mostly in that country’s eastern provinces.

In self-defense, the population of two eastern provinces in the Donbass — Lugansk and Donetsk — declared independence. Kiev sent its army against them, and this civil war persists. With the backing of 95% of the population in a referendum in Crimea, Russian forces took back the peninsula. Crimea had been part of Russia before 1963.

This week the U.S. and Britain delivered the beginning of $2.7 billion in aid, including hundreds of millions of dollars in “lethal aid,” to Ukraine’s regime. While some right-wing Republicans — for example, Senator Tom Cotton — have accused Biden of being “soft on Putin,” both Democratic and Republican Party leaders support U.S. aggression directed at Russia, China and Iran.

Biden is also using the conflict with Russia to force Washington’s European imperialist allies to line up behind its military threat and its threat of sanctions. The U.S. promises to sell its fracked oil and gas to replace the Russian gas that Germany needs. Thus Washington’s threat of war opens up a road to profits at the expense of the environment.

While Biden promises no U.S. troops will go to Ukraine itself, the threats from this part of the world raise tensions that could erupt in nuclear war. The U.S. has proven that none of its promises can be believed.

Workers World demands U.S. hands off Ukraine, withdraw U.S. troops and weapons from Europe and put an end to the NATO alliance.

Nicaraguan ambassador: ‘In our country, democracy is in the hands of the people’

COP26 was a failure… the future is in our hands now

Hands off the Kazakh revolution!