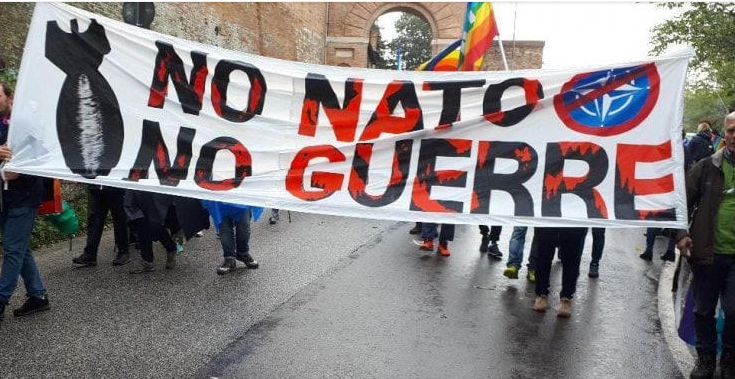 Raposo is the editor of the Portuguese Marxist web magazine jornalmudardevida.net and was a key organizer of the 2004 Portuguese session of the People’s Tribunal on the crimes of imperialism during the invasion and occupation of Iraq. Translation: John Catalinotto. 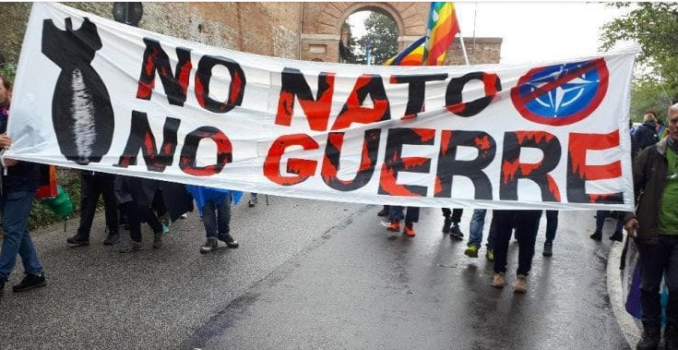 March 4 – In the deluge of propaganda regarding Russia’s military intervention in Ukraine, the people of the U.S. and the European Union have the opportunity to see, in a mirror, the actions of their governments during the last few decades. The same goes for the Portuguese authorities and each of the European governments, which have never raised any objection to the military interventions, sanctions and threats of all kinds, originating in the U.S. or the EU itself against countries such as Yugoslavia, Iraq, Afghanistan, Libya, Syria, Venezuela, Iran or Cuba — all of which are as sovereign as Ukraine.

At the point where events have reached, moral judgments that justify Russian self-defense or condemn Russian aggression are of little importance; what matters is to understand the reasons that led to such an outcome and why it was not avoided. If this is ignored, national and world public opinion will be corralled by a deluge of irrational propaganda with no idea what it is leading to.

If the Western imperialist powers really wanted to avoid war, the measures were there: Abide by the Minsk agreements of 2014-15 with regard to the Eastern Ukrainian regions and declare that Ukraine would never join NATO. It was this path that the U.S. and EU refused.

What really irritates the leaders of the imperialist West is that this time it is Russia that is ignoring international law in the name of its strategic interests. Law that the U.S. and the EU have trampled on at will — unpunished — since the end of the Cold War gave them unchallenged supremacy over the world.

In 30 years of free rein, the West has invoked at will the right to “preventively defend itself” against alleged threats to its security. That this was not defense is proven by the U.S. military doctrine, adopted since George W. Bush’s mandate, of using its nuclear arsenal, not as a mere means of response or deterrence but as an instrument of first strike.

Invoking the “moral superiority” of its democracies, the West has imposed wars, expanded its military alliances, promoted changes in political regimes, organized “color revolutions” and coups d’état, assassinated leaders, surrounded its main competitors with military bases and naval squadrons, and threatened the world with space warfare. It was not law that guided the West: It was the unchallenged strength at its disposal for years. It is this supremacy that is now in question.

Since the USA got rid of the USSR, the international organizations that were born out of the relative balance imposed by the East-West confrontation — starting with the U.N. — have been devalued, torpedoed and annulled by Yankee arrogance, with the collaboration or passivity of the EU. Instead of rules accepted by the community of countries, the imperialist triad USA-EU-Japan imposed on the world the law of the strongest, shielded by U.S. military power. And in recent years it has done its utmost to replace the formally democratic norms contained in the U.N. Charter by “rules” and “values” it dictated, which the rest of the world would have to obey.

In the case of Ukraine, therefore — considering the confrontational logic that the West has put into play in international relations — Russia has more right to invoke the right to its security than the U.S. or the EU ever did.

Confronted with its own decadence, U.S. imperialism has set in motion a new Cold War: Russia and China are its main targets. It is in this framework that the Ukrainian question has to be evaluated.

The West has turned the Ukrainians into cannon fodder. It brought about regime change in 2014 through a coup d’état, planned the country’s integration into NATO, took confrontation with Russia to an extreme by disregarding all its complaints, closed diplomatic channels and instigated military confrontation. And now it seeks to take dividends with public opinion, pointing to Russia and Putin as intractable.

Europe, even with some feeble attempts at mediation, ended up submitting to the hard line defined from Washington. Still barely recovered from the pandemic devastation, it will bear the brunt of the predictable losses of the war: a new wave of refugees, a general increase in prices, a drop in energy reserves, worsening economic stagnation, greater dependence on the U.S. And instead of seeking ways to appease, it is adding fuel to the Ukrainian fire and going down the path of its own militarization, as Chancellor [Olaf] Scholz’s announcement of a “new era” in German defense policy showed.

European generosity in receiving refugees goes hand in hand with the supply of arms to the Kiev regime. The glorification of Ukrainian patriotism is accompanied by miraculous predictions of a Russian military defeat. All this is a thin smoke screen to hide the unwillingness of the U.S. and the EU to avoid war and their gamble of throwing Ukraine into the conflict, knowing perfectly well that the country would have no chance to resist.

All the aid now given to [Volodymyr] Zelensky is only meant to prolong the war to wear Russia down as much as possible at the expense of the Ukrainian population’s sacrifices.

The voices bemoaning the lack of muscle in NATO and the West and making irresponsible calls to arms are the direct result of the same confrontational policy that pushed the Ukrainians to the front. They aim to create conditions for world public opinion to accept the escalation of the conflict with Russia — in a climate of a new Cold War — in a primary logic of either-us-or-them, of reasonableness versus madness.

The demonization campaigns of Saddam Hussein, of Moammar Gadhafi, of Islam, of the Arab world, the theories about the “clash of civilizations,” the lies set up by the secret services — and the role that all this played in preparing public opinion for the wars that followed — show the path that is being opened when insulting Putin, the Russian regime and Russia itself in the most unabashed way.

To see in the Ukrainian conflict a struggle between two world views, between autocracy and democracy, between tyranny and freedom, is a mystification. What is being disputed is the space that the loss of hegemony by the imperialist West leaves to the new powers that yesterday were in the shadows and were therefore sidelined and that are now asserting themselves with the capacity to compete on the world stage.

It is unclear what form the new order heralded by the conflict will take. But it is certain that it will reflect the irremediable change in the world balance of power. Those forces that align with the U.S. and EU camps — on the pretext that they represent “Democracy” and “Freedom” — are in fact once again capitulating to imperialism — and this time their surrender is no longer to a rising force, but to an old world that is sinking.

The US and NATO Cross a Line

No to War! No to NATO! No to Imperialism!