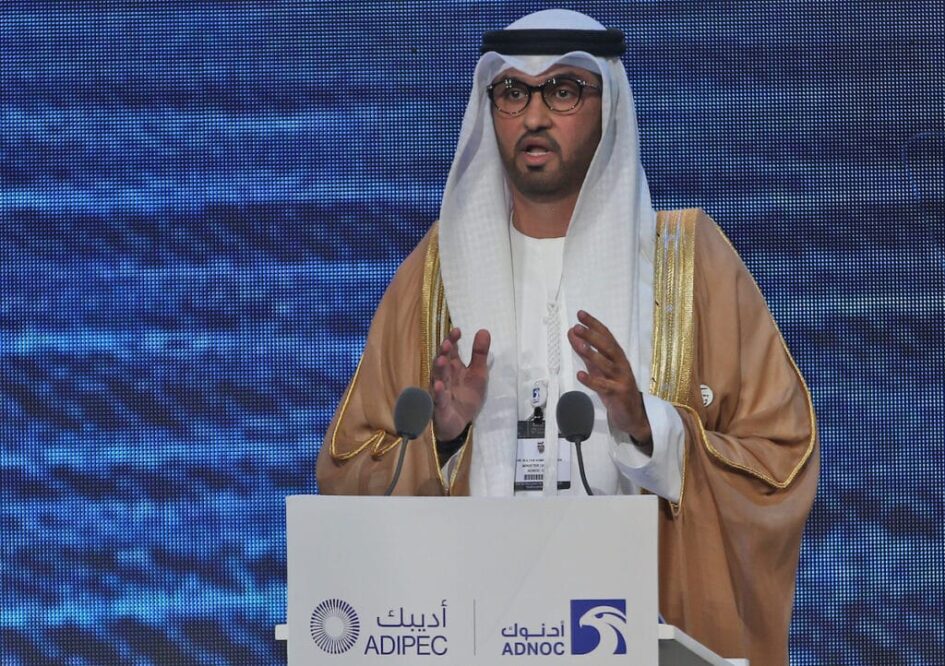 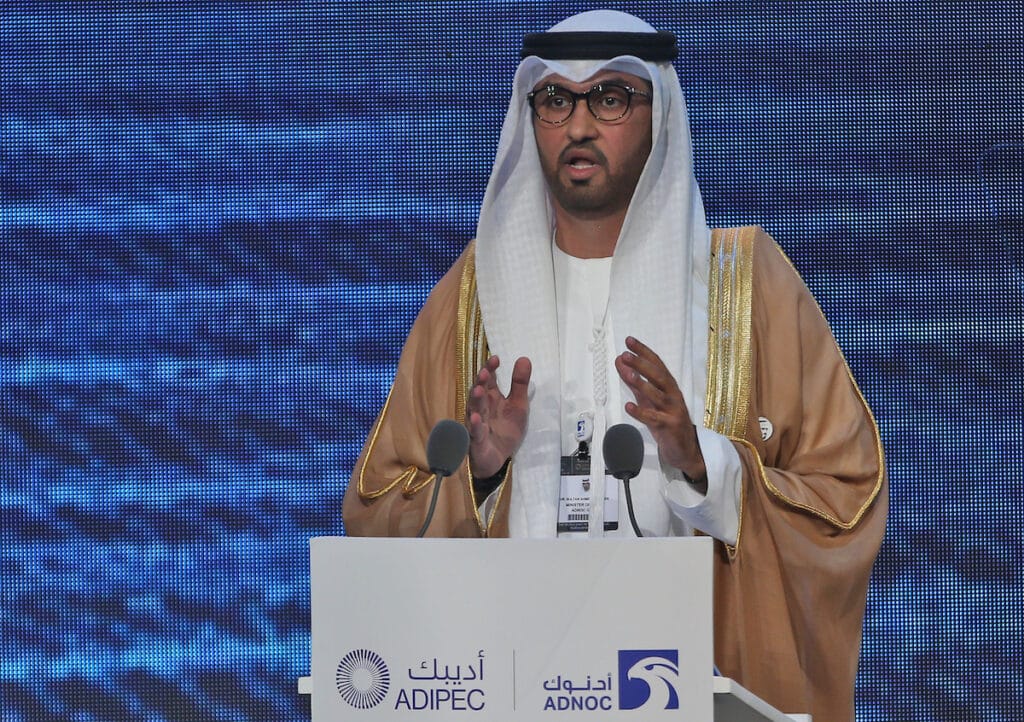 Above Photo: UAE’s Minister of State and CEO of the Abu Dhabi National Oil Company (ADNOC) Sultan Al Jaber speaks during the opening ceremony of the Abu Dhabi International Petroleum Exhibition and Conference (ADIPEC) in Abu Dhabi on Nov. 11, 2019. (AFP via Getty Images).

The selection of Sultan Al Jaber — head of the Abu Dhabi National Oil Company (ADNOC) — by the United Arab Emirates (UAE) to lead this year’s COP28 Climate Change Conference in Dubai has climate activists worried that heavy industry has too big a hand in the worldwide response to the climate crisis.

According to his office, Al Jaber — who is the Minister of Industry and Advanced Technology of the UAE, as well as its climate envoy — will assist with building a consensus during the conference’s intergovernmental negotiations and help decide the agenda of the climate summit, reported Reuters.

“[Al Jaber] is straddling two worlds. One of climate negotiations where we have to make a giant leap in emissions reductions and financing the move away from fossil fuel emissions; second, as head of Adnoc. UAE wants to be seen to be leading on food, technology, adaptation and potentially innovative finance but how can they carry that off while being fossil fuel polluters?” said a veteran of the climate talks, who wished to remain anonymous, as The Guardian reported.

A major OPEC oil exporter, the UAE will be the second Arab state — after Egypt last year — to host the climate change conference. The UAE has made a pledge of net zero emissions by 2050.

Last year’s conference in Sharm el-Sheikh was criticized by some delegates, as well as climate activists, who said its emissions reduction objectives had been weakened by fossil fuel producers. Egypt — an exporter of natural gas — was also accused of giving producers of fossil fuels sympathetic treatment, which the president of Egypt has contested, reported Reuters. More than 600 fossil fuel lobbyists attended last year’s climate negotiations.

“Like last year’s summit, we’re increasingly seeing fossil fuel interests taking control of the process and shaping it to meet their own needs,” said global lead of climate justice at ActionAid Teresa Anderson, as Reuters reported.

Al Jaber was once in charge of a project to build a $22 billion “carbon-neutral” city on the outskirts of Abu Dhabi, The Associated Press reported. The project was scaled back after the global financial crisis of 2008. Al Jaber also founded and currently serves as the CEO of renewable energy company Masdar, which stemmed from the project.

“[If Al Jaber is appointed president of COP28, it will be] imperative for the world to be reassured that he will step down from his role as the CEO of Adnoc. He cannot preside over a process that is tasked to address the climate crisis with such a conflict of interest, heading an industry that is responsible for the crisis itself,” said Executive Director of Climate Action Network International Tasneem Essop, as The Guardian reported.

Choosing its ‘Gates’: US punishes Russia but is giving UAE a free pass