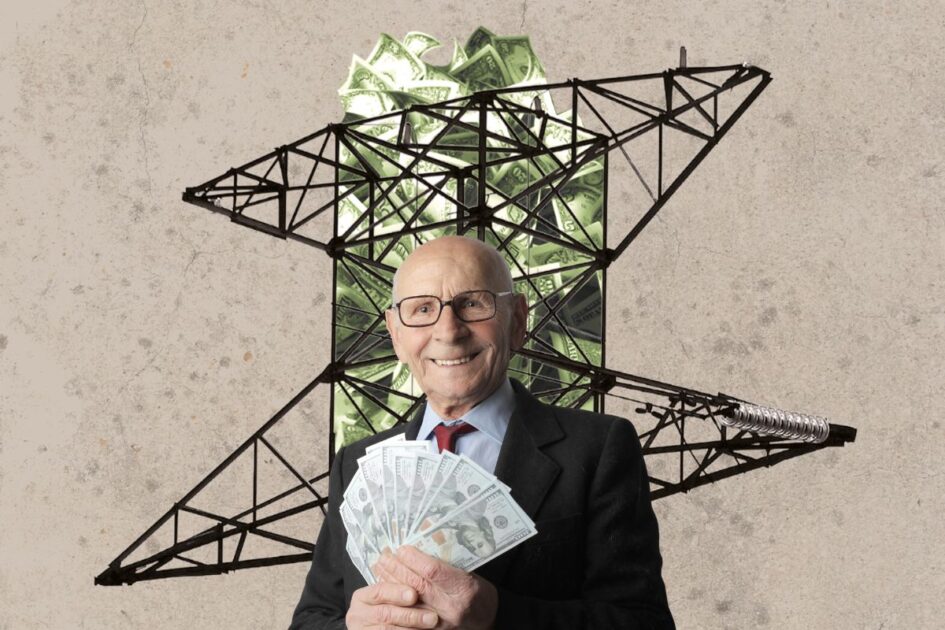 As temperatures turn and the nights grow longer, UK households are preparing for a cold winter.

With the country heading into a perfect storm of inflation, recession, and austerity, workers are struggling to heat their homes and put food on the table.

All the while, the bosses are happily lining their pockets at the public’s expense. Energy giant SSE, for example, recently reported that its profits have more than tripled over the last six months.

As ever under capitalism, it’s a case of nationalising the losses and privatising the profits. 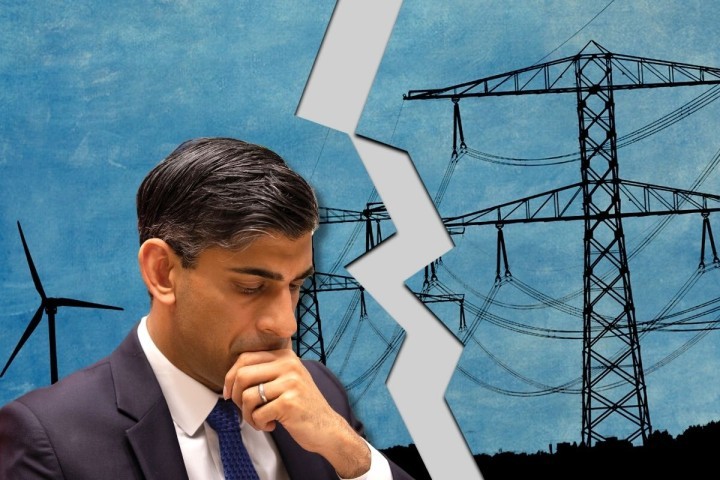 Energy prices, currently capped at £2,500 per year, are set to rise to £3,000 next April, as part of Jeremy Hunt’s austerity agenda. Consequently, studies predict that the number of households spending over a third of their income on heating and electricity costs will double, from 1.6 million now to 3.8 million.

When wholesale prices began to rise for suppliers last summer, the retail energy market was plunged into turmoil, and the government was forced to intervene. In the process, it botched the effective nationalisation of Bulb, one of the biggest early victims of the crisis.

Inexplicably, the government banned the company from hedging – buying gas and electricity in advance – when costs were much lower.

Due to this incompetence and mishandling by the Tories, the costs of this bailout have risen from an expected £1.7 billion to an eye-watering £6.5 billion, according to the Office for Budget Responsibility.

These costs could rise even further, meanwhile, with the head of Centrica, the parent company of British Gas, warning that more energy suppliers could go bust this winter, even with government support.

And, of course, it is ordinary people who pay for these mistakes, with the Bulb rescue alone predicted to add an extra £200 to every household’s bill, on top of already sky-rocketing prices.

According to Darren Jones, the Labour MP who chairs the Commons Business, Energy, and Industrial Strategy Committee: “It looks like bill payers are picking up the tab whilst many of those who created the problem walk off scot-free.”

But while workers bear this extra burden, the bosses are getting paid handsomely. Hayden Wood, the co-founder of Bulb, stayed with the company for more than six months following the government bailout, continuing to receive his £240,000 a year salary throughout this period. 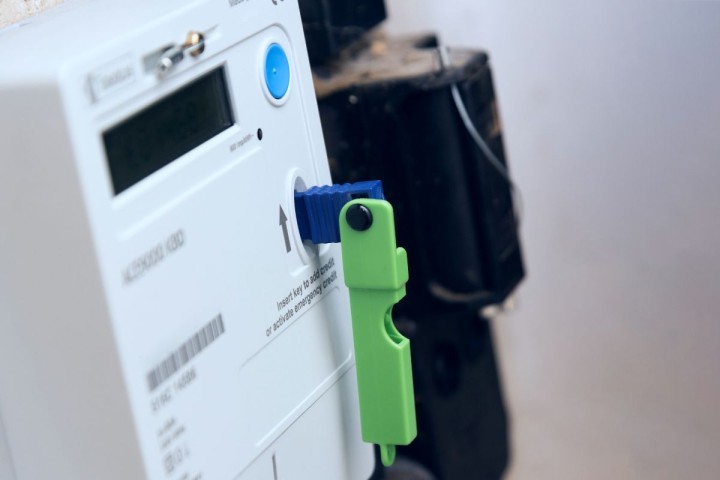 Looking more widely, energy watchdog Ofgem has found that companies across the sector are failing their customers – especially the most vulnerable.

In a recent review, Ofgem found multiple examples of poor practice, including: suppliers not reading the meters of elderly and disabled customers who could not do so themselves; setting debt repayment rates so high that customers had their heating and electricity cut off; and failing to give at-risk customers support in topping up their meter or requesting additional emergency credit.

The regulator has also revealed that over 1.5 million households are in long-term debt to their energy suppliers – the highest level in more than 15 years. These companies, in turn, are forcing more customers onto costly prepay meters, including vulnerable people, creating a vicious cycle of destitution.

Commenting on these findings, Neil Lawrence, director of retail at Ofgem, concluded: “From eligible customers who are missing out on free gas safety checks through to companies not identifying vulnerable customers to be offered obvious support on the priority services register, this robust review has highlighted that suppliers need to do more to support consumers.”

In reply, Gillian Cooper, head of energy policy at Citizens Advice, responded: “Citizens Advice sees day in, day out the heartbreaking consequences when this support falls short. People are cutting back on food and essentials to cover energy debts and living in cold and dark homes when they’ve simply run out of money to top up their meter. Ofgem is right to hold energy companies to task; it must now ensure this review leads to concrete action.”

But such calls for suppliers to “do more for consumers” and offer “concrete action” are utopian. At the end of the day, these big businesses only care about their profits. They don’t give a damn about us.

And with widespread problems and profiteering across the whole energy sector, how can anyone expect the Tories and their toothless ‘independent’ regulators to hold these fat-cats to account? 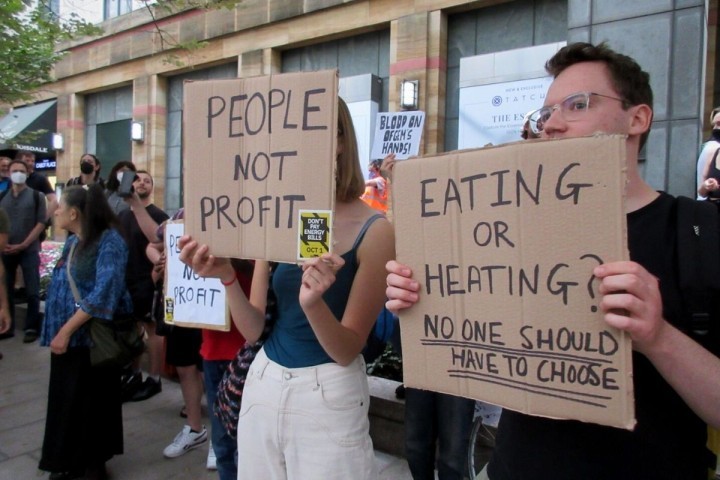 All that the government and watchdogs like Ofgem can do is treat the symptoms. Price caps and targeted support are just sticking plasters, which do nothing to end the misery facing millions in Britain.

In the meantime, more households are being plunged into debt and darkness; and billions more in austerity is being promised to pay back the money that the Tories have already thrown at this crisis.

But while working people are struggling to survive, the energy monopolies are making a killing.

The ‘Big Six’ (British Gas, EDF, E.ON, Npower, ScottishPower, and SSE) have raked in a combined £7.66 billion profit in the past five years. And their profits have only been further boosted by the energy crisis.

Similarly, oil and gas company BP recorded profits of £7 billion in the third quarter of this year alone. 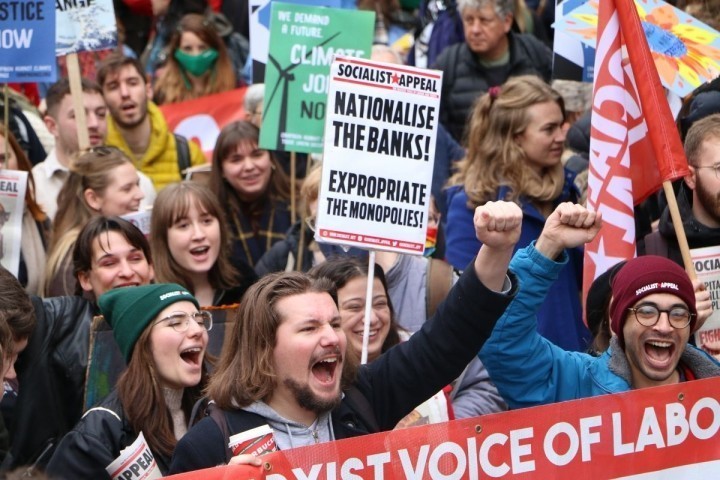 Both Sunak’s Tories and Starmer’s Labour have promised to introduce a windfall tax on these mega profits.

At the same time, the government has launched a public campaign called ‘help for households’, which – alongside farcically blaming the cost-of-living crisis solely on Putin and the pandemic – offers basic advice on how ordinary families can save energy this winter.

These proposals are tokenistic gestures, however, which leave the profiteers to carry on with their merry money-making in the long-term, while the working class pays for the crisis through years of further austerity.

Such measures do nothing to tackle the root of the problem: the anarchy of the market and the chaos of capitalism, a system of production for profit, which has led to years of under-investment in renewable supplies, infrastructure and storage, and insulation of Britain’s decrepit housing stock.

Instead, therefore, we must fight to expropriate the energy swindlers – nationalising them under workers’ control, as part of a socialist economic plan, in order to provide warm, insulated homes and green, affordable energy for all.

Sh. Sitaram Yechury’s remarks on the incidence of violence in Kashmir resulting in huge losses

‘We’re at a crisis level’: Nurses take on union-busting bosses over short staffing

Energy crisis: more millions to prop up the privateers

Catastrophic energy bill hike – a crisis made by capitalism

Workers, from union to gig, reject rules that bosses try to reimpose

USA: No more workers’ blood for the profits of the bosses!