UK Strike Wave Escalates As Over 200,000 Walk Out This Week 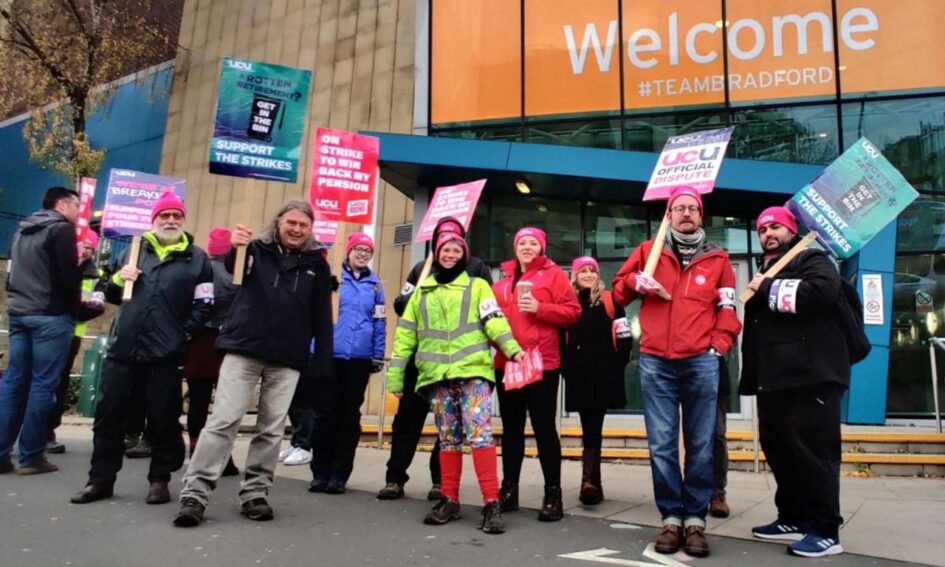 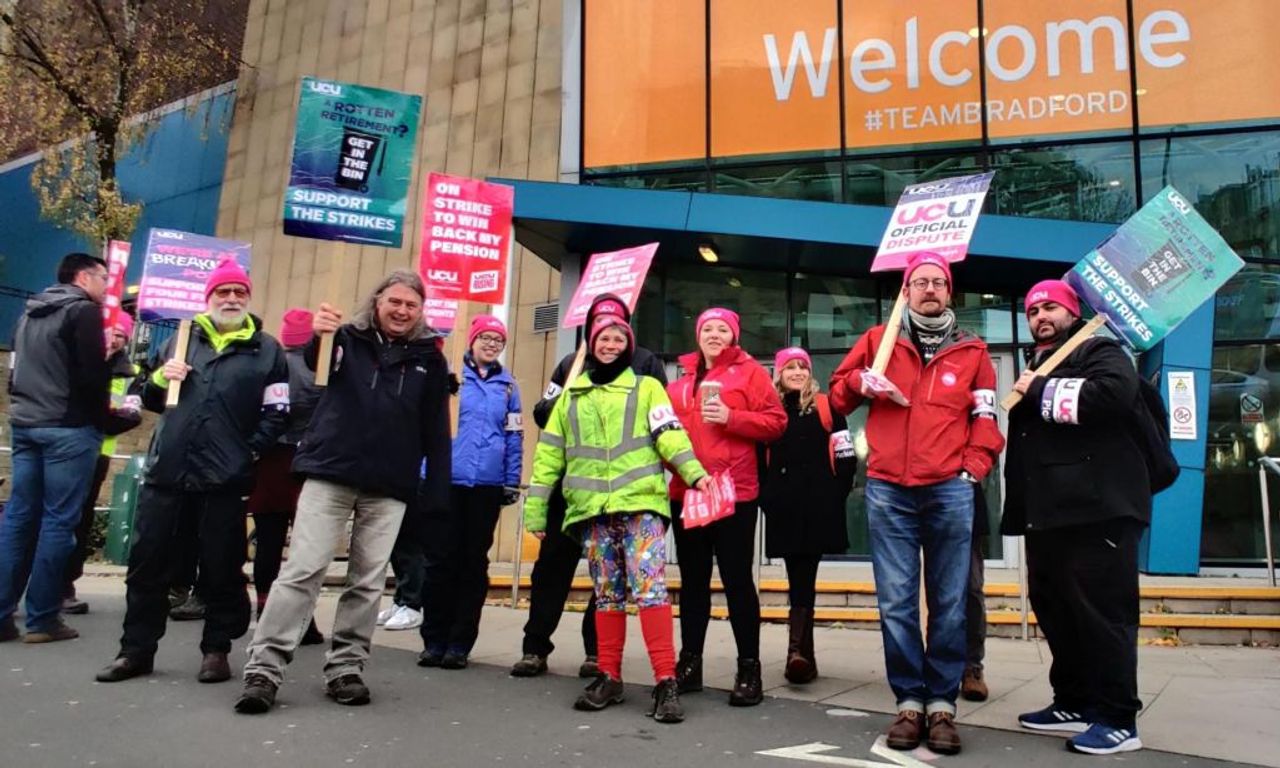 Britain’s strike wave is growing despite all attempts by the trade union bureaucracy to bring it under control. Thursday and Friday both saw strike action by over 200,000 workers.

A two-day strike Thursday and Friday by 115,000 postal workers in the Communication Workers Union (CWU) at Royal Mail coincided with a 48-hour walkout by 70,000 university staff at all 150 higher education institutions in Britain and a strike by up to 50,000 teachers in Scotland. All three groups of workers have additional days of strikes planned, including next week by university staff and postal workers on November 30 and December 1. On Friday, the Educational Institute of Scotland announced another 16 consecutive days of strikes for January and February.

In Britain’s largest employer, the National Health Service, a ballot for strike action has been concluded by 300,000 members of the Royal College of Nursing which has scheduled two days of strikes next month. Almost half a million NHS workers in the UK’s largest public sector union, Unison, concluded their strike ballot today. Other health unions are balloting including 30,000 members of the Royal College of Midwives. The Unite union concludes a ballot of its NHS members next week. Tens of thousands of junior doctors are set to be balloted for industrial action in the new year.

The Rail, Maritime and Transport (RMT) union has announced a series of eight more days of national action between December 13 and January 7 by its 40,000 members at Network Rail and the train operating companies [TOCs]. Strikes by thousands of members of the ASLEF train driver union are continuing , with a national strike—their fifth this year—taking place tomorrow.

Responding to this escalation in the class struggle the Times published a concerned editorial Friday headlined, “All Out”. Pointing to the postal workers and education workers strike, it declared, “If Britain really is facing a new winter of discontent, it began in earnest yesterday. Across the country hundreds of thousands of workers began industrial action designed to cripple public services…”

The editorial warns, “With inflation running at 11.1 percent and showing little sign of abating in the short term, workers are inevitably demanding their dwindling wage packets increase at a comparable rate. Every employer in the public and private sector is facing that inescapable pressure from its workers.”

The figure of 11.1 percent is the lowest measure of inflation. The more accurate Retail Prices Index measure is already above 14 percent.

The Times advises that Conservative government, “Ministers must brook no compromise” with the strikers’ demands.

As is invariably the case with leader writers for the ruling elite, they seek to portray sections of the union bureaucracy as being unwilling to see reason. The RMT’s Mick Lynch and UCU’s Jo Grady are categorised as “obdurate union leaders” who “have by and large failed to acknowledge that they too must compromise.”

The opposite is the truth. Each and every strike is continuing or—as in the education sector and NHS—getting off the ground despite weeks of intensive negotiations between the unions and government/employers, with both sides insisting that deals were still possible to avert stoppages.

The Times itself reported on negotiations between the RMT and Transport Secretary Mark Harper that he now hopes train strikes “will be over before Christmas.”

Harper said three times that there was a “shared agreement” that the dispute had gone on for too long” and that “there is realism in this process from both the trade unions and employers.”

Lynch himself described the meeting as “productive”, said he believed the government has “got rid of the bellicose monsters that we used to have” and also spoke of a “shared agreement” for “the two sides—the trade unions and the employers” which “can bring this dispute to an end.”

The bureaucracies in all the unions taking strike action are asking only for minimal concessions that they can then sell to their members as a “victory”. How threadbare their agenda is was exemplified by documents leaked to the pseudo-left Socialist Workers Party this week in which the RMT complains that “the Tory government is refusing to allow the rail unions and the train companies to discuss” a deal and “directly interfering with our attempts to reach a settlement.”

The deal the RMT wishes to discuss is “a pay offer of 4 percent this year, then 4 percent next year and a further £500—but only if the union leaders agree to and police the cuts.” What the RMT wants is indicated by its agreement at ScotRail which is for a 5 percent one-year deal, plus £750 for accepting new technology and cuts and one at Transport for Wales consisting of “a pay offer of just 4.5 percent, increasing to 6.6 percent with ‘productivity elements’.”

The strike wave in the UK is part of growing wave of struggles internationally. Strikes in every sector continue throughout Europe, including a one-day national strike over pay by public sector workers in Portugal last week and stoppages by oil refinery workers in France and the Netherlands. On Monday, 48,000 academic workers in the University of California system went out on strike to demand wages and benefits that keep up with inflation. Also this week, workers in a fourth rail union in the US voted to reject a sellout national railroad agreement brokered by the White House.

Workers must urgently turn to the formation of their own rank-and-file committees, democratically elected and independent of the dead hand of the union bureaucracies. The International Committee of the Fourth International has created the International Workers Alliance of Rank-and-File Committees (IWA-RFC) to provide guidance to the action committees and to coordinate them internationally.