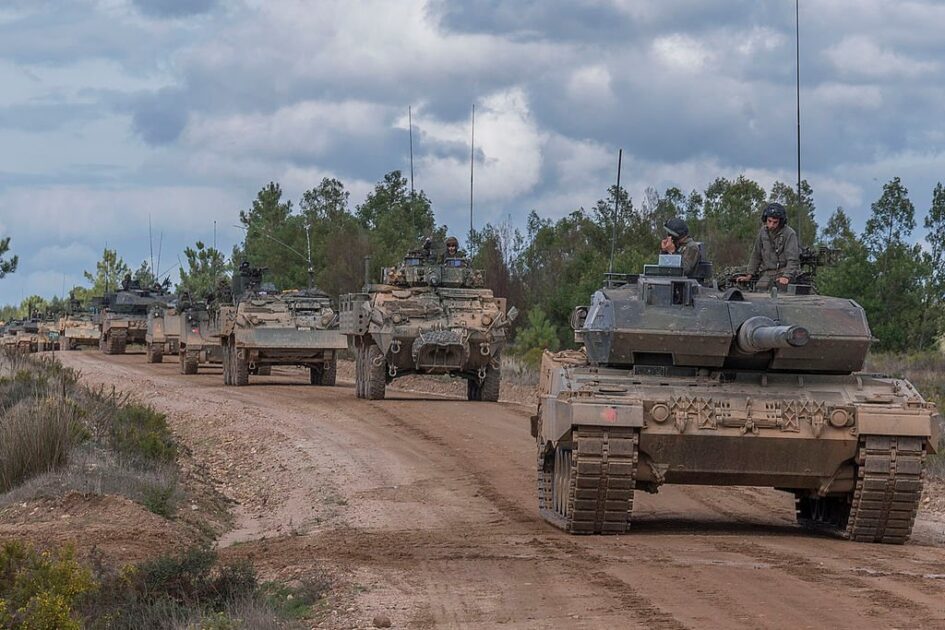 The crisis in Ukraine continues to escalate as U.S. and allied politicians turn up the temperature with aggressive rhetoric and extreme accusations. Today, Biden claimed without providing evidence that Russia will “attack Ukraine in the coming week – in the coming days,” repeating his baseless claim yesterday that Russia will invade “within the next several days”.

Secretary of State Antony Blinken has also been working overtime to stoke tensions and provide justifications for further escalation. Biden sent Blinken yesterday to address the United Nations Security Council, where Blinken repeated Biden’s unfounded assertions, stating that Russia “plans to manufacture a pretext” to attack Ukraine. He also engaged in wild speculation, describing in detail what he claimed the imminent Russian invasion would look like:

“Russian missiles and bombs will drop across Ukraine. Communications will be jammed, cyberattacks will shut down key Ukrainian institutions. After that, Russian tanks and soldiers will advance on key targets that have already been identified and mapped out in detailed plans. We believe these targets include Ukraine’s capital Kyiv, a city of 2.8 million people,”

At the same time, there has been an uptick in fighting in the Donetsk and Luhansk People’s Republics – regions of eastern Ukraine that declared independence following the western-backed coup in 2014 and the ascension of fascist forces to positions of state authority.  Both sides have exchanged artillery fire, with the Donetsk and Luhansk forces saying that they were attacked in a provocation by the Ukrainian military and have been falsely accused of shelling a school.

Today, Denis Pushilin, the head of the Donetsk People’s Republic, announced that he had ordered a massive evacuation of 700,000 people to Russia “to prevent civilian casualties” because he had become convinced that, “The president of Ukraine Volodymyr Zelenskyy in the near future will give the order for soldiers to go on the offensive.” Adding to the tensions, an apparent car bomb blew up today near government headquarters in the city of Donetsk.

Russia has consistently denied that it has any intention of invading Ukraine. But the provocative behavior by the United States and other NATO powers – including daily threats to destroy Russia’s economy with sanctions – is creating a situation where Russia feels backed into a corner.

The dramatic events of the past 48 hours could have been avoided had the United States reciprocated when Russia offered a clear signal that it was willing to mutually deescalate the situation with the West. Russian President Putin announced on Tuesday that he planned to begin withdrawing troops from the Russia/Ukraine border, citing the completion of military drills. This move followed high-profile meetings with French president Emmanuel Macron and German chancellor Olaf Scholz. Russia also formally responded to the latest communication from the United States regarding the situation with Ukraine and security concerns and arrangements in Europe – a signal it was willing to pursue diplomatic negotiations.

Biden and Blinken’s warmongering rhetoric directly dismisses and undermines Russia’s efforts, and continues to normalize the idea of war with Russia. They present war scenarios as inevitable, even though through words and actions Russia appears to be working to avoid such an outcome. Russia has already pulled some of their troops out of Crimea to return to their base in Chechnya, starting to make good on their promise to withdraw troops from the border.

In addition, in the latest communication sent from Russia to the United States regarding the security situation Russia included the concession of agreeing to mutual inspection of missile sites, something the United States had proposed last month. Working to come to a resolution, Russia also included security conditions under which they would agree to de-escalation of the situation with Ukraine.

When Russia showed clear indications that they want to work toward a peaceful resolution, Biden insisted on continuing to inflame tensions and use rhetoric that paints war and violent conflict as inevitable. This is a dangerous attempt to lay the groundwork and provide justification for U.S. aggression against Russia.

It’s clear that Biden is determined to swat away the olive branch being extended. Focused on asserting the U.S. position as the single world power in all regions of the globe, this policy holds no benefit for workers in the United States or anywhere else. When war is waged by the elite, it is always the poor and working class who are devastated. A U.S. war against Russia would be disastrous for workers in the United States, in Russia, in Ukraine and around the world. It is more important than ever to stand against U.S. warmongering and demand no war on Russia.

US, Russian rulers step up confrontation over Ukraine

Ukraine: some observations on the national question and Russian intervention