Tensions from the build-up of military forces on the Ukraine-Russia border have made their yearly return at the beginning of 2022, although they have recently been overshadowed by events in Kazakhstan. Even until Kazakhstan supplanted the sabre-rattling on the news, there was little sign that anyone really believed something on the scale of war would happen. The people in Ukraine and Russia have grown weary of the political poker game being played with their futures. Now only the well-paid media shills speak seriously about war.

For over a month, Washington has been insisting that reports about the amassing of Russian troops on the Ukrainian border mean that Putin is preparing to invade. On this occasion, it was reported that around 100,000 troops had been deployed within 200-400km of the Russian border. Ever since the signing of the Minsk-2 agreement, which signaled the end of the most heated period of the Donbas civil war, threats of reescalation have resurfaced on an approximately annual basis. 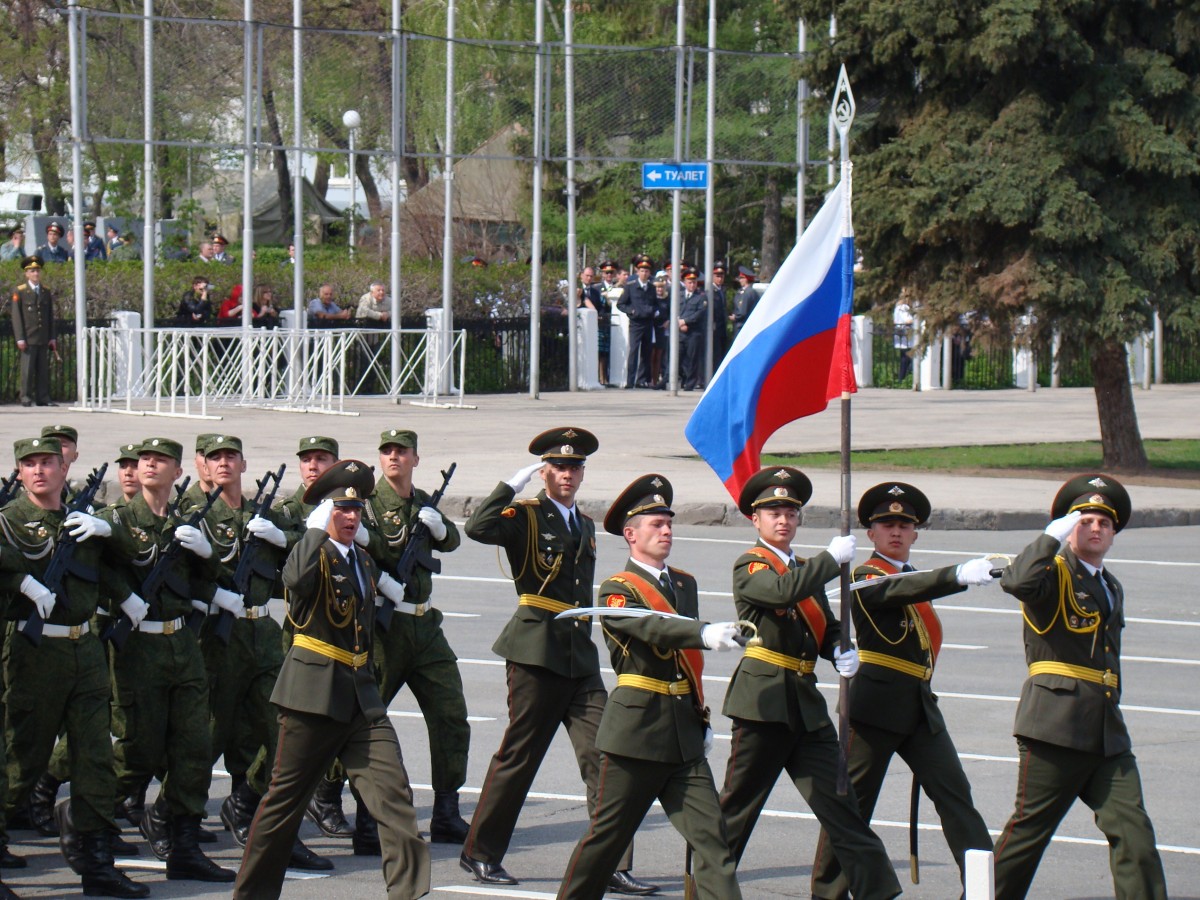 Whilst it is true that Russia has maneuvered troops around the Ukrainian border, a full-scale invasion would be strategically disastrous from a Russian point of view / Image: public domain

Whilst it is true that Russia has maneuvered troops around the Ukrainian border, there are many reasons why a full-scale invasion would be strategically disastrous from a Russian point of view. Before the Russian annexation of Crimea, Russia already had a military base on the peninsula, the majority of the population of which is Russian. The population of the rest of Ukraine is more than 15 times that of Crimea. While Russia would be able to invade Ukraine from a military point of view, it would be much more difficult to hold it.

For Putin, sabre-rattling at the border is convenient from the point of view of bolstering popular support at home, but an actual full-scale invasion could quickly backfire. Rather, these maneuvers represent a Russian leverage tactic in its negotiations with the US – as they have for the last five years. Of the three parties – Washington, Moscow and Kiev – the Kiev government has the least say of the three. While shelling has increased along the Donbas front lines, an invasion is very unlikely at this time.

On this occasion, a key element to the conflict is the question of the transit of Russian gas to Western Europe. The recently completed Nord Stream 2 pipeline can deliver gas from the Russian Baltic coast directly to Germany. While Kiev has maintained the line that it is at war with Russia over the question of Donbas separatism, Russian gas has never ceased transiting through Ukraine to the West – even as Ukraine has begun buying the same Russian gas through EU third parties (at EU prices!). Over the past decade, Russia has been seeking to bypass the so-called ‘transit countries’ of Ukraine and Belarus using the Nord Stream pipelines, with transit via Ukraine having fallen a further 25 percent in 2021. 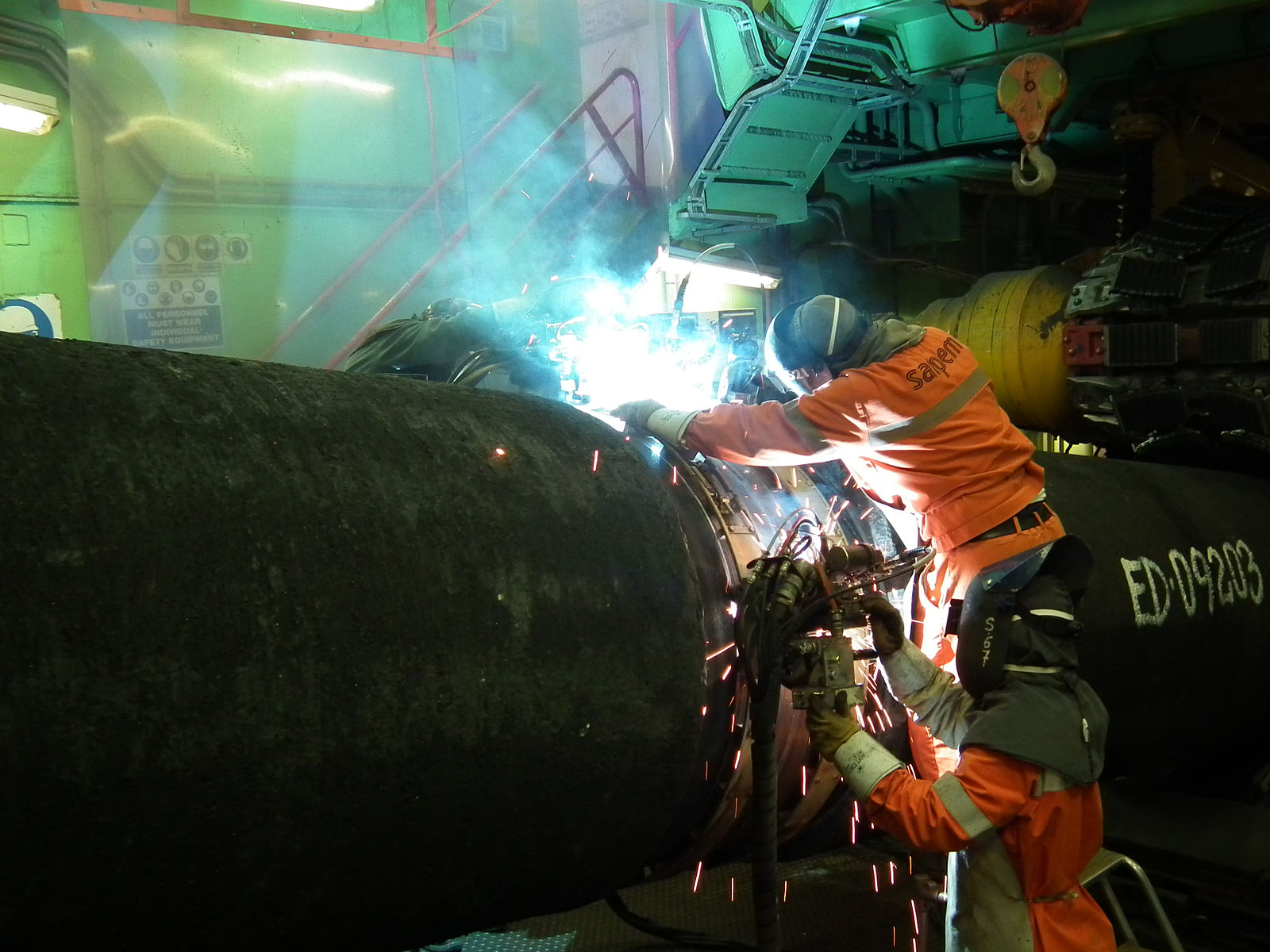 Russian gas – which the USSR-built Ukrainian infrastructure was built based upon – has been used as a tool by Russian imperialism to exert its control on Kiev / Image: Bair175, Wikimedia Commons

Russian gas – which the USSR-built Ukrainian infrastructure was built based upon (mostly through domestic heating and industrial applications) – has been used as a tool by Russian imperialism to exert its control on Kiev. The Kiev government still depends on fees from the pipelines that run through the Ukraine for a significant portion of its revenue ($2 billion USD in 2020), which it is worried about losing. With its committed “NATO over Russia” position, the government’s recourse has been to demand stronger sanctions by the US and EU against Russia.

The planned economy of the USSR established infrastructure that allowed resources from Russia and Donbas to connect to both Ukrainian industry and the general population. Under capitalism today, however, the division of the world into competing nation states means that the profits of Russian, Ukrainian and international capitalists are placed above the needs of long-term economic development and the welfare of working people. The Ukrainian oligarchy has placed the Ukrainian economy further at the mercy of the imperialist predators, which has resulted in the population paying much more for basic necessities such as heating.

Loss of confidence in Zelensky, from Ukraine to Washington

The rise of Zelensky and the ‘Servant of the People’ party was initially supported by the Dnipropetrovsk-based Kolomoisky clan, whose media holdings supported Zelensky’s entertainment career. As it became clear from the levels at which Zelensky was polling in 2019 that he was on course to be elected president, the influence of the US State Department over Zelensky and his party grew. This was to the detriment of earlier US support for Petro Poroshenko and his administration, the corruption and faltering popularity of which made him a less viable candidate for stably representing the interests of US capital in Ukraine.

The German economy relies on a steady supply of Russian gas, and despite its alliance with the US, a decisive section of the German ruling class clearly does not support such a hostile line with Russia / Image: kremlin.ru, Wikimedia Commons

When Zelensky and the ‘Servant of the People’ party were elected, they enjoyed support from Washington. But the interests of the latter – which lay in opening up the Ukrainian market to US capital – were increasingly in conflict with the domestic interests of the Kolomoisky clan – which lay in guarding their share of the loot. In shifting closer to the West, Zelensky adopted Poroshenko’s nationalist politics, despite the fact that he had won the election on the basis of standing against them. Continued overtures were made towards the right-wing nationalists in the army and the administration, and the civil war in Donbas was continued. Whilst this has gained him some supporters in the Poroshenko camp, the main result has been to sow disillusionment among his own supporters.

We can see what a myth the idea was that the ‘Servant of the People’ party would fill the Ukrainian Parliament with ‘outsiders’, untainted by the old, corrupt regimes. In practice, recycling new faces into the exact same system they are supposed to be replacing is meaningless. The incentives of capitalist democracy also means that unscrupulous social climbers will predominate among these ‘new faces’. And this has been reflected precisely in the scandals around Zelensky’s government, and most notably around the president himself.

Despite the “warnings to Russia” issued by the Biden administration in 2021, there were clear signs that Washington’s support for Zelensky’s government has been on the wane. In the end, as with Poroshenko, the incompetence and scandals around the government means that Washington no longer sees the regime as able to defend its interest in the long term. It is no coincidence that the corruption of ‘Servant of the People’ has become a common subject for the various Washington mouthpieces.

The Zelensky government’s recourse has been to demand sanctions related to the Nord Stream 2 pipeline. In what could pass for a scene from one of his erstwhile comedies, Zelensky is determined to oppose the Russian menace in Ukraine whilst insisting that their gas continue to flow through the country. While the US has no interest in the northern pipelines, their ally Germany does. The German economy relies on a steady supply of Russian gas, and despite its alliance with the US, a decisive section of the German ruling class clearly does not support such a hostile line with Russia. On the contrary, they depend on Russia for gas, even making significant profits reselling Russian gas to their neighbors. This was reflected in both the position of Merkel’s government, as well as the largest party in the new government, the SPD. This party, which normally leans more towards the interests of Washington, has recently reversed its skepticism towards Nord Stream 2, though the project still faces the opposition of the Greens, who control the Foreign Ministry.

The ‘Servant of the People’ party and Zelensky are still leading the polls ahead of the expected elections in 2024. However, the party has been mired in scandal. Zelensky’s former number two, Dmytro Razumkov, has led a split of a couple dozen parliamentary deputies. The former Party of Regions members in the Opposition Bloc are regularly polling in second and third. They represent the interests of the oligarchy in the south of the country and the Donbas, which generally favours closer economic ties with Russia. Given the fact that their previous strongholds were the separatist regions (although they have certainly lost credibility there), this forms another incentive for Zelensky’s government to oppose any autonomy and amnesty agreement, which would see these regions brought back into Ukraine’s fold.

The return of the class struggle to Ukraine

The period preceding the COVID-19 lockdowns was marked by an increase in the class struggle in Ukraine, with demonstrations in particular over wages and against utility bill hikes. While the COVID-19 pandemic dampened this struggle, there are signs of it making a comeback. Living conditions continue to decline, and the prices of basic necessities are continuing to soar. While the government in Kiev hails the heroism of the protesters in Kazakhstan, the same conditions that led to those protests exist at home. A mass Ukrainian protest movement for concrete demands for better living conditions would be a huge step forward from Euromaidan’s demands for free trade agreements with the EU. Ukrainian workers need to cut through the fog of nationalism and assert their own independent class position.