Ukrainian refugees and Tory hypocrisy: Bring down the borders! 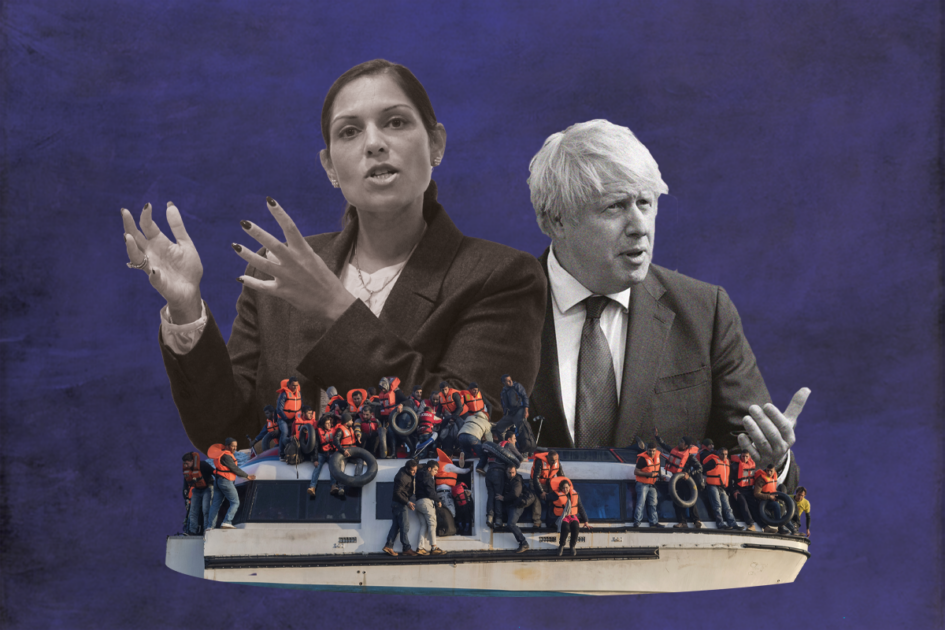 Since the Russian invasion of Ukraine began on 24 February, over 1.5 million people have fled the country.

Leaders in Europe and further afield have pledged to support these refugees, with Boris Johnson and Priti Patel stating that more than 200,000 Ukrainians could be welcomed into Britain.

But this is not a benevolent act by the government. Rather, the Tories are cynically utilising Ukrainian refugees as political propaganda; a convenient distraction from the scandals that have mired Downing Street in recent months. 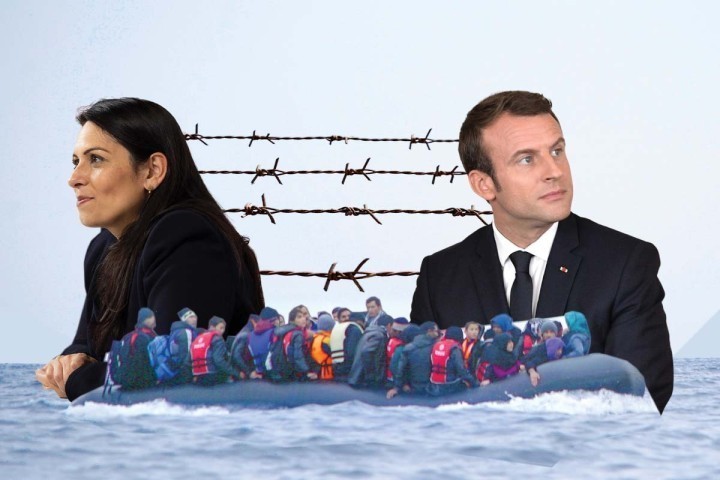 The Tories’ hypocrisy on this question is astounding, but not surprising.

Patel, the Tory Home Secretary, has said that it is “heartbreaking” to see people “forced from their homeland because of the monstrous Russian invasion”. But this apparent sympathy is farcical, coming from this reactionary, racist government.

The government is cherry-picking the types of refugees that it wants to let into the UK. The ‘bad’ refugees – the victims of imperialism – escaping war, poverty, and repression in Africa and the Middle East are shut out. Those from Ukraine are welcomed, meanwhile, in order to score cheap political points.

When refugees from Libya, Syria, and elsewhere flee the chaos caused by capitalism and imperialism, Tory ministers unleash a torrent of vile anti-immigrant rhetoric and repression.

And these same politicians cry crocodile tears for tragedies like the drowning of 27 migrants in the English Channel in November of last year. But they fail to mention that such disasters would not happen if the government simply allowed refugees to enter the country legally. 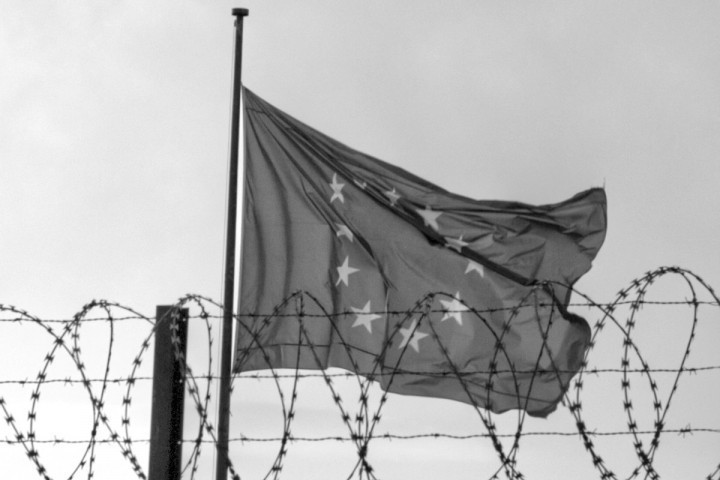 Those who do manage to find a way into ‘Fortress Britain’, meanwhile, are faced with discrimination and harrassment from the Tories and their ‘hostile environment’, including the constant threat of deportation.

When the Taliban took control of Afghanistan last year, for example, Johnson promised a “bespoke scheme” that would see just 15,000 refugees allowed into the UK on six-month visas. At the same time, millions were attempting to leave the country, which Western imperialism had soaked in blood from two decades of military intervention.

Lawyers are now warning, however, that many of these Afghan refugees have not received updated papers, and are fearful of losing their rights to work and live in the UK.

On top of this hypocrisy, Johnson and the Tories are cynically using the plight of Ukrainian refugees in order to flex their own imperialist muscles.

They are not interested in helping the Ukrainian people, but only in whipping up jingoism and nationalism, with flag-waving delusions about a rejuvenated post-Brexit ‘Global Britain’.

British imperialism is not the great power that dominated the world stage as it did 150 years ago, however – no matter how much the Prime Minister would certainly like to pretend that it is.

Threatening harsh economic sanctions and accepting Ukrainian refugees, therefore, not only allows the chest-beating Tory government to present itself as ‘standing up to Putin’; it also helps to bolster (falsely) the UK’s image and reputation as an important player in international affairs, in order to appease the rabid Tory rabble and their ‘Rule Britannia’ fantasies. 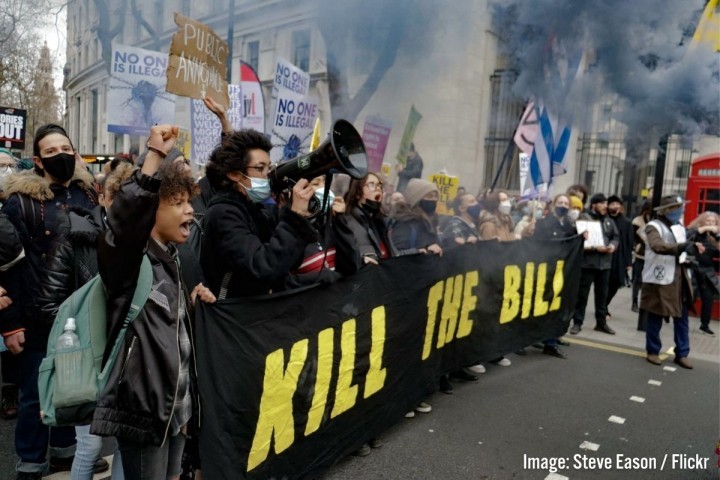 The situation with Ukrainian refugees, however, has highlighted tensions and contradictions within UK immigration policy – namely, the disgraceful Nationalities and Borders Bill that is being pushed by the Tories.

This newly-proposed legislation would make it nearly impossible for asylum-seekers to arrive in Britain legally, and would impose harsh penalties for those who do find their way into the country through illegal routes.

Many people have pointed out that the bill, currently being debated in the House of Lords, is incompatible with the government’s proposed stance towards Ukrainian refugees.

Already, the Tory government has been forced to backpedal and change policy several times.

On 28 February, for example, the House of Lords rejected a clause that would have seen migrants split into tiers dependent on how they arrive in the UK. This would have meant that anyone who comes into the UK illegally could have been imprisoned for up to four years.

Steve Crawshaw, policy and advocacy director at Freedom from Torture, was amongst those celebrating the vote, claiming that: “The cruelty and illegality of the Nationalities and Borders Bill, for Ukrainian refugees, was never in doubt.”

At the same time, the government has repeatedly come under fire for not doing enough to help Ukrainian refugees.

Despite recent changes allowing more family members to join those already living in the UK, critics are still describing the rules as “complex and unfair”, with thousands of Ukrainian refugees remaining excluded. 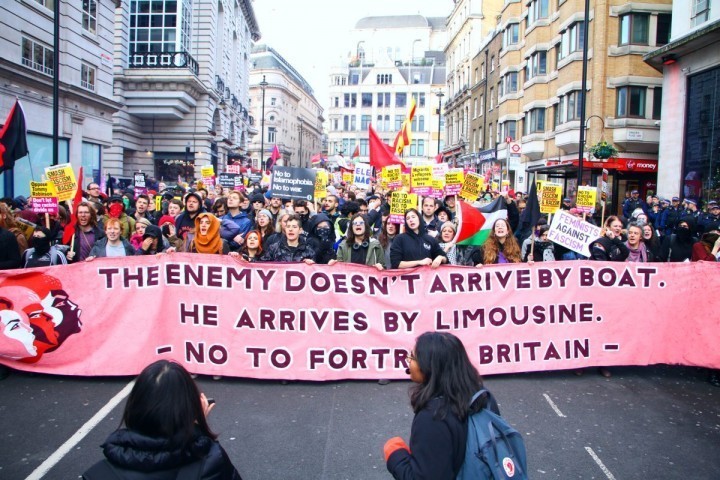 The left and the labour movement should fight for open borders. We say: Refugees welcome! Bring down the borders to let in all those who are seeking a better life, or who are fleeing from persecution, war, poverty, and climate change!

To do this, however, we must overthrow our own rotten ruling class that has erected these walls in the first place; that is responsible for destructive imperialist adventures abroad; and that exploits and oppresses workers – both migrant and native – back home.

The British establishment, like every other capitalist ruling class, is no ally of the Ukrainian people, nor of any refugees.

These warmongers and opportunists will never provide real support for refugees. After all, it is their bloody and blood-thirsty system that is to blame for the catastrophes that are wreaking havoc across the world.

Only the working class, armed with an internationalist class position, can offer genuine solidarity to those suffering from the horrors of capitalism. Only a socialist society – without borders, war, and imperialism – can solve this crisis.