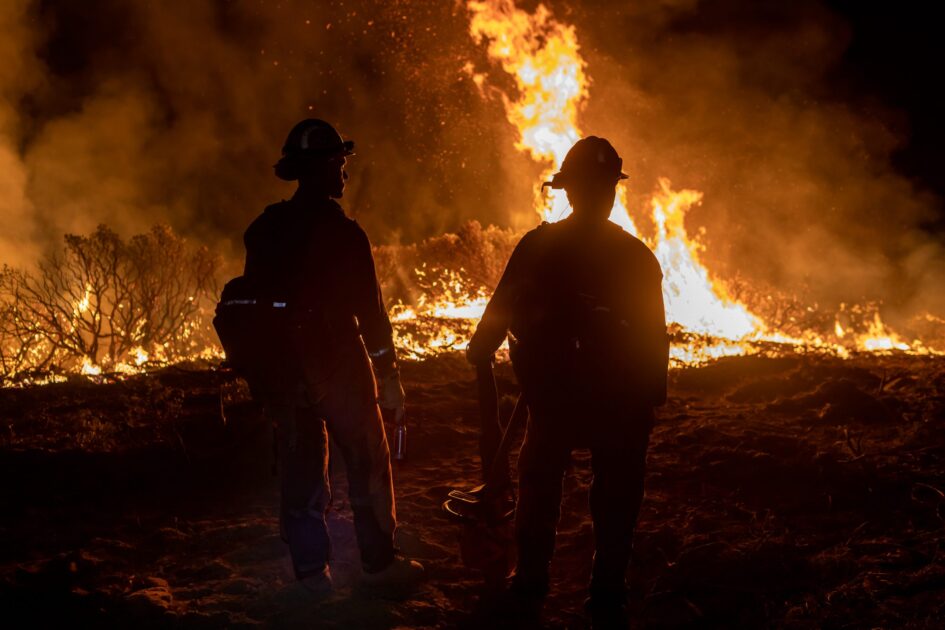 This story originally appeared in Common Dreams on Feb. 28, 2022. It is shared here with permission under a Creative Commons (CC BY-NC-ND 3.0) license.

A landmark scientific report published Monday warns that the human-caused climate crisis is driving a “dangerous and widespread disruption in nature” and impacting billions of lives across the globe, emergencies that can only be redressed by immediate and sweeping action that world leaders have thus far failed to take.

The product of years of collaborative research by scientists from around the world, the latest Intergovernmental Panel on Climate Change (IPCC) report “emphasizes the urgency of immediate and more ambitious action to address climate risks,” said Hoesung Lee, chair of the IPCC.

“Half measures are no longer an option,” Lee added.

The new report states that “human-induced climate change, including more frequent and intense extreme events, has caused widespread adverse impacts and related losses and damages to nature and people, beyond natural climate variability.”

While “some development and adaptation efforts have reduced vulnerability,” the United Nations report continues, “the rise in weather and climate extremes has led to some irreversible impacts as natural and human systems are pushed beyond their ability to adapt.”

If governments fail to quickly and dramatically slash fossil fuel emissions, the analysis stresses, planetary heating will blow past the Paris Agreement target of 1.5°C of warming or less by the end of the century, ushering in more ecological devastation—from heatwaves to droughts to massive floods—and worsening inequality, poverty, hunger, and disease worldwide.

“The scientific evidence is unequivocal: climate change is a threat to human wellbeing and the health of the planet,” said Hans-Otto Pörtner, a marine biologist and the co-chair of the IPCC working group that organized the new report. “Any further delay in concerted global action will miss a brief and rapidly closing window to secure a liveable future.”

Emphasizing the report’s finding that warming beyond a certain threshold will likely have “irreversible” consequences, Pörtner derided claims that humanity can adapt to the coming changes as “very illusionary.”

United Nations Secretary-General António Guterres, for his part, called the report’s findings an “atlas of human suffering and a damning indictment of failed climate leadership.”

“The facts are undeniable. This abdication of leadership is criminal,” said Guterres. “The world’s biggest polluters are guilty of arson of our only home.”

The comprehensive IPCC study was published weeks after world leaders departed the COP26 summit in Glasgow, Scotland without making the kinds of firm commitments that scientists and environmentalists say are necessary to avert the worst-case climate scenarios. Given their role as the world’s biggest emitters, rich countries in particular faced backlash for refusing to take steps to rapidly curtail fossil fuel extraction and use.

Justin Mutabesha of Fossil Free Virunga said in a statement Monday that “the time to stop the exploration of fossil fuels, which are destroying our planet, is now.”

“The report is clear that we must accelerate plans for emission cuts. This means there is no place for fossil fuels in our world,” said Mutabesha. “We cannot continue to endanger our communities, our wildlife, and put sensitive ecosystems at risk.”