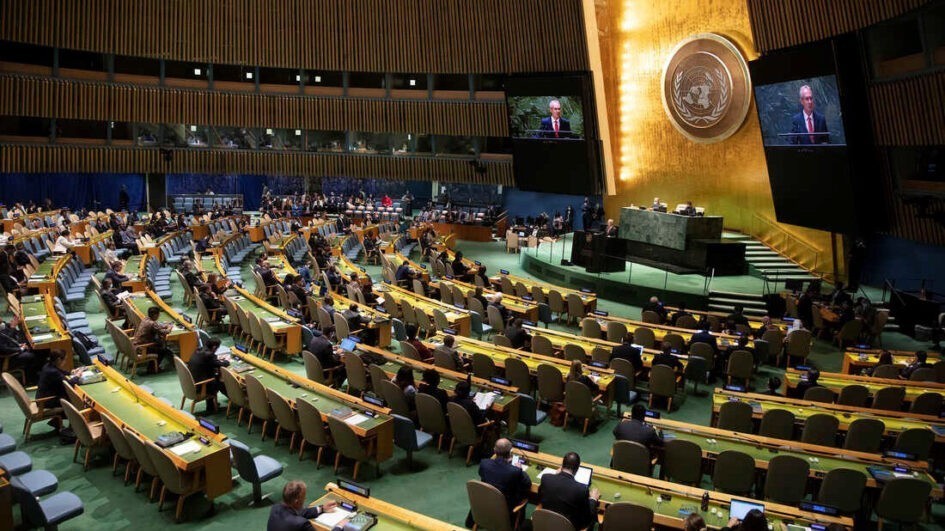 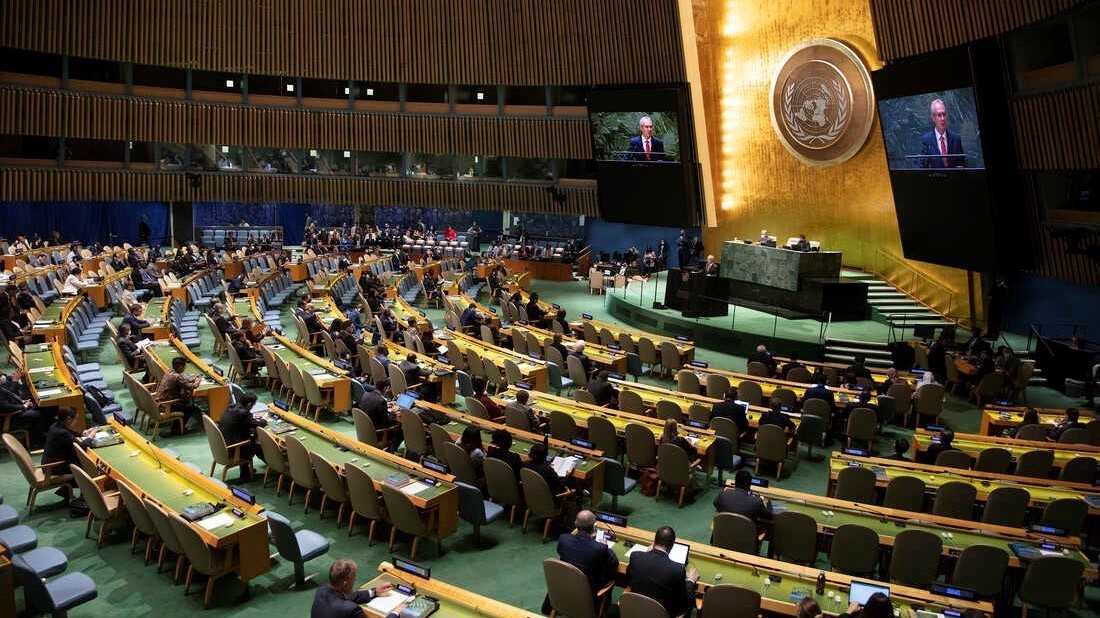 The UNGA approved five resolutions on ‘the questions of Palestine and the Middle East’ this week, including a decision to commemorate the 75th anniversary of the Nakba.

The United Nations General Assembly (UNGA) adopted a slate of resolutions on Palestine and the West Asia region during the 41st and 42nd meetings of its 77th session held this week.

The assembly voted to commemorate the 75th anniversary of the Nakba by organizing a high-level event at the UNGA on May 15, 2023. To this end, “L.24” titled “Division for Palestinian Rights of the Secretariat” was adopted with a recorded 90 votes in favor, 30 against, and 47 abstentions.

The Nakba, or “The Catastrophe”, refers to the series of mass atrocities committed by Zionist forces that accompanied the creation of the State of Israel in 1948. At least 15,000 Palestinians were killed and over 750,000 were forcibly expelled from their homes, as over 500 villages were completely destroyed. Though the Nakba certainly did not begin or end in 1948, May 15 is internationally observed as Nakba Day each year as an acknowledgment of this historic and ongoing violence and colonization of Palestine.

Israel predictably opposed the resolution, with its ambassador to the UN Gilad Erdan going further to state that the Nakba was something that the Palestinians had “brought upon themselves with their own aggression by waging a war against Israel,” accusing Arab states of using the Palestinian people as “political tools.” He also warned that the approval of the resolution on the Nakba would impede any chance of a peace deal between Israel and the Palestinian Authority.

Meanwhile, the UNGA also adopted “L.26” for the “Peaceful settlement of the question of Palestine” calling for an “immediate halt to all settlement activities, land confiscation, and home demolitions, for the release of prisoners, and for an end to arbitrary arrests and detentions.”

The body also emphasized the need to “urgently exert collective efforts to launch credible negotiations on all final status issues and for intensified efforts by the parties towards a just, lasting peace in the Middle East…” based on existing UN resolutions, the Arab Peace Initiative, the Madrid terms of reference, and the Quartet road map.

The text was passed with a recorded vote of 153 countries in favor, 10 abstentions, and nine against including Israel, Canada, and the US.

The Assembly also adopted draft text “L.23” on the “Committee on the Exercise of the Inalienable Rights of the Palestinian People” with a recorded vote of 101 in favor, 17 against, and 53 abstentions.

Text “L.25” titled “Special information programme on the question of Palestine of the Department of Global Communications of the Secretariat” was adopted with a recorded vote of 149 in favor, 11 against, and 13 abstentions. The UNGA condemned the killing of Palestinian-American journalist Shireen Abu Akleh and voted to name a journalism training program in her honor.

Importantly, the UNGA also passed a resolution titled “The Syrian Golan,” declaring Israel’s decision to impose its laws and jurisdiction on the occupied Syrian Golan on December 14, 1981 as null and void and called upon Israel to rescind said decision.

Addressing the assembly debate on the Question of Palestine and the Situation in the Middle East, Palestinian envoy to the UN, Riyad Mansour, stated that existing policies “have effectively shielded and emboldened Israel to such a point that the we are witnessing the formation of the most colonial, racist, and extremist Government in the history of Israel, and that is saying something,” referring to the incoming coalition led by Benjamin Netanyahu.

Mansour went on to add, “Some countries keep denouncing what they refer to as ‘singling out Israel,’ but what truly singles out Israel is not the amount of criticism legitimately directed against its crimes and violations, but the level of impunity it enjoys despite these condemnations…That is not defending Israel, that is shielding its illegal occupation and annexation of our [Palestinian] land.”

The UNGA also saw strong interventions by member countries on the lack of accountability for Israel’s violence against the Palestinian people, its practice of apartheid, and the ongoing siege of Gaza. At the same time, member countries underscored the need for taking meaningful steps to advance the two-State solution.

A product of the negotiation process which can be traced to the 1970s, the “solution” calls for the establishment of two states, Israel and an independent Palestine, “side by side within secured and recognized borders.” In the nearly three decades since the Oslo Accords were signed, a Palestinian state has yet to emerge.

While the two-State solution continues to dominate discussions on Palestine in the international community, including during this week’s UNGA meetings, Palestinians have long drawn attention to the glaring deficits of this approach, including the emphasis on pre-1967 borders as a starting point without acknowledging the fact that these borders were themselves a product of ethnic cleansing and colonization.

Not only that, Israel has continued to expand its illegal settlements in the occupied West Bank, approved an expansion of the apartheid wall, and maintain its occupation and siege of the Gaza Strip. “The two-State solution in principle does not offer the Palestinian people their basic rights under international law- equality and right of return,” argues Haidar Eid, a professor at the Al-Aqsa University in Gaza.

The UNGA meeting has also been held in the context of severe violence in the occupied Palestinian territories. At least 207 Palestinians have been killed in 2022 so far, making it the deadliest year since records began in 2005. While lamenting the Palestinians’ refusal to negotiate to make “mutual concessions” as some sort of an impediment to resolving “this conflict” in front of the international community, Israel continues to commit war crimes and other forms of severe violations, including crimes of apartheid and settlement expansion, against the Palestinian people with full impunity. And it is now set to place the very people who are open advocates, if not active perpetrators, of such violence in its government.

Under the Socialist Banner: Resolutions of the Second International 1889-1912 – book review

Mike Taber (ed) – Under the Socialist Banner: Resolutions of the Second International, 1889-1912

What is Marxism-Leninism? Introducing a new series on The Science of Revolution

Can Israel stop the world from saying ‘apartheid’? Concealing the suffering in Palestine