Union Victory at Amazon: Bezos, Your Workers Are Coming For You! 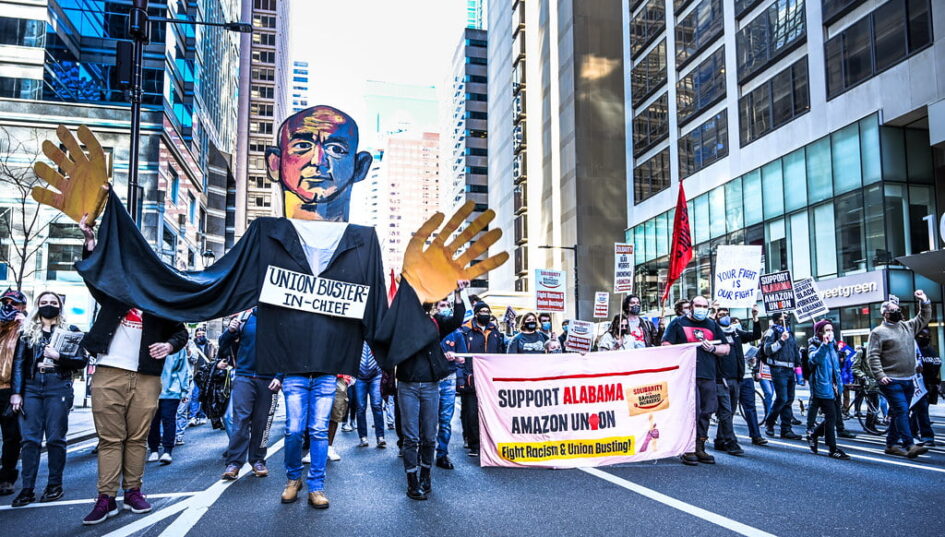 Early on the morning of April 1, a historic victory for the American working class was won. Amazon, the second-largest employer in the US, owned by the second-richest person, and a bastion of anti-union resistance by the bosses, has been dealt a serious blow. The JFK8 fulfillment center in Staten Island, New York has become the first Amazon facility in the US to be officially unionized, after a majority of 2,654 to 2,131 voted to organize with the upstart Amazon Labor Union (ALU). A simultaneous vote is still underway in Bessemer, Alabama. This is taking place at the same time as a national wave of organizing in Starbucks, a breakthrough for the service industry.

The union win in New York has the potential to open up a new era for labor, unleashing an offensive against the bosses. However, this potential must be made actual through conscious activity. The fight for a strong contract is only just beginning, and Amazon will do everything in its power to drag this process out and wear down the resolve of the pro-union workers.

It is worth noting the relatively slim margin of victory of the Staten Island vote, and the uncertain results in Bessemer. Decades of defeat and anti-union propaganda have had an impact, and workers fear for their jobs and survival. The labor leaders have yet to make the case for concerted struggle—not with empty words and appeals to the past—but with concrete gains. JFK8 can light the way forward for our entire class with the example of a hard-fought win when it comes to wages, conditions, and benefits.

However, in this era of capitalist crisis, victories can only be achieved through militant, class-struggle tactics—rather than the continuation of the labor leadership’s current methods of class collaboration and diverting struggle into narrow channels of the courts and arbitration. These methods have been developed by the bosses over decades to keep workers’ struggles within bounds acceptable to them, and that means defeat for the workers. Historically, major advances for the workers have been won not by following capitalist laws, but through class solidarity and militant action to hit the bosses where it hurts most: their bottom line.

Unions themselves, along with every kind of strike activity, were once illegal. The working class did what they needed to anyway to survive. So it is today with solidarity strikes, political strikes, sit-down strikes, and any kind of strike that actually works, i.e., a strike that shuts down production and stops scabs in their tracks. In the years ahead, Amazon and Starbucks workers must lead the way, in the footsteps of our heroic predecessors who won the eight-hour day and established the CIO. The livelihood and future of every American worker is at stake. We must take our fates into our own hands, with or without the current union leadership.

The leaders of the AFL-CIO and other major unions are in a position to turn the tide for labor. They should be preparing the ground for massive solidarity action with campaigns in Amazon and Starbucks, and a national campaign to organize the unorganized in every industry. Ultimately, labor must act independently in its own interests, not only on the economic front, against individual capitalists and industries, but also in politics. This is the only war to confront and defeat the concentrated power of the capitalists, to tear up all anti-union laws, and pursue policies in the interests of all workers, against the entire capitalist system.

Read our recent analysis of the Amazon labor battles:

One year after the failed Amazon union drive, workers in Bessemer are voting a second time