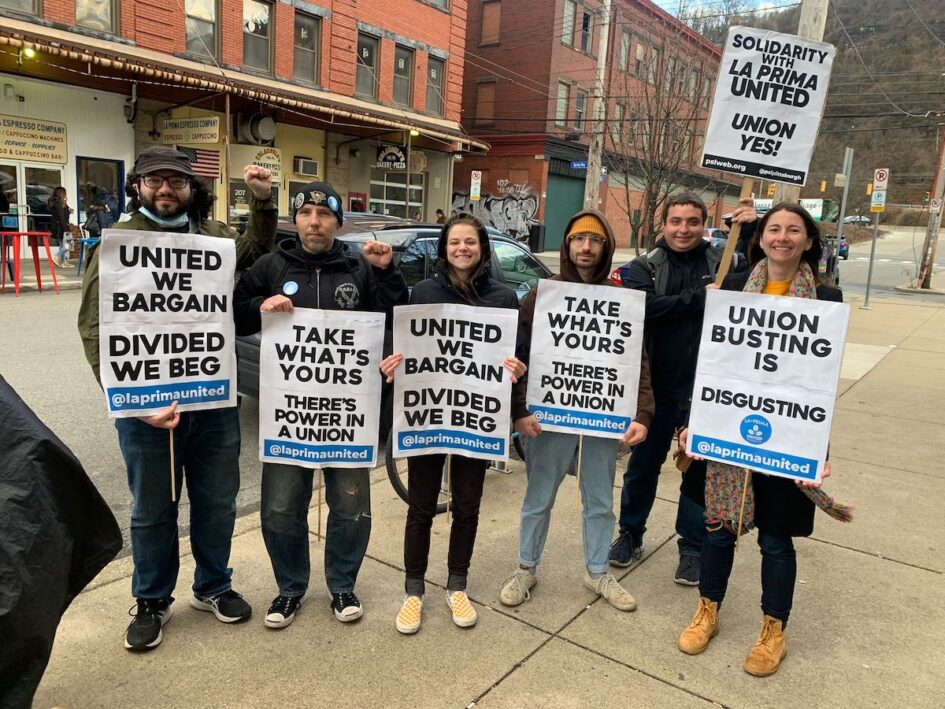 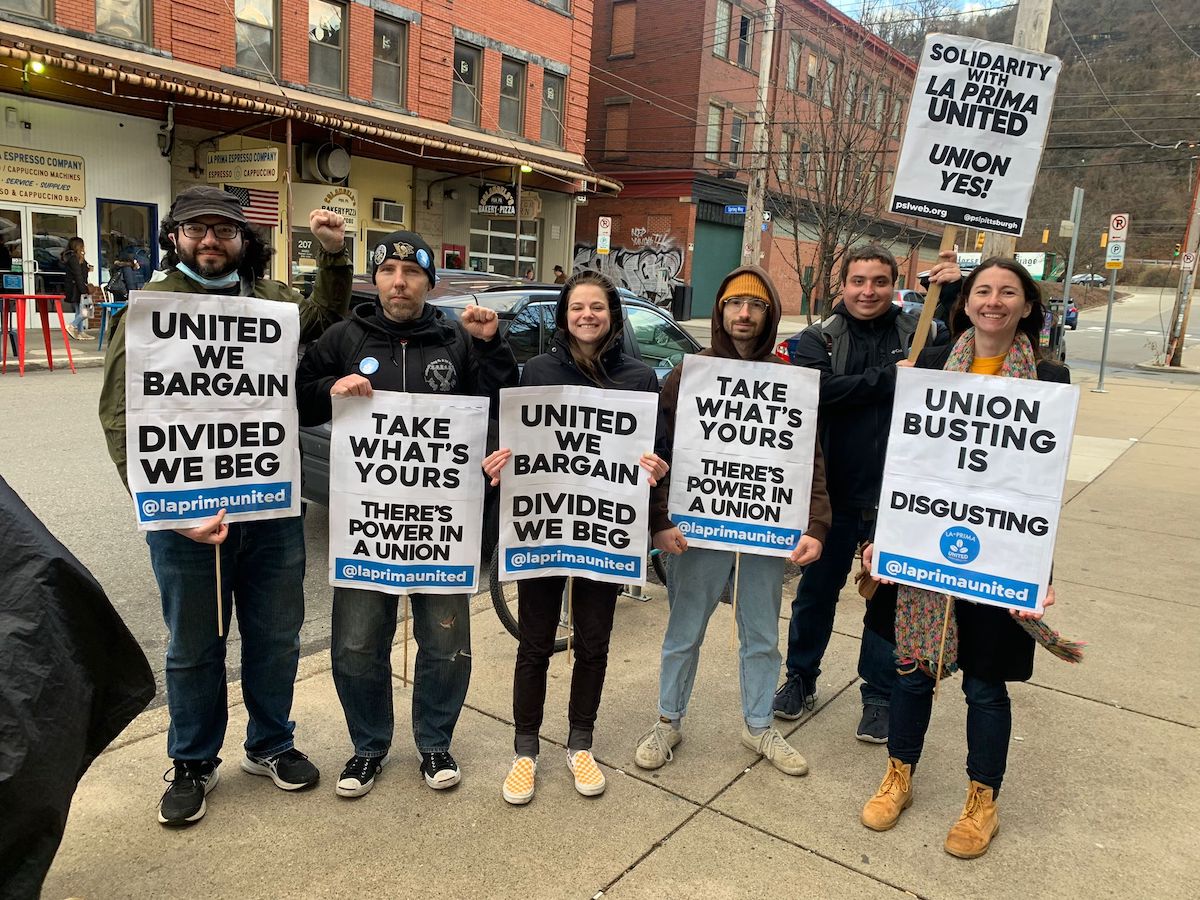 On December 7, La Prima United workers won their union election 22 to 8, certifying United Food and Commercial Workers Local 1776 as their representative. They won with a clear majority after fighting back against an anti-worker, union-busting effort by La Prima Espresso Co., which had hired the notorious union-busting law firm Littler Mendelson.

La Prima Espresso Company is a Pittsburgh franchise with five locations, four retail coffee shops and a wholesale coffee bean distributor. Workers organized for more than 10 months across the four retail locations. They announced their intention to join UFCW local 1776 on November 1.

When the company responded with anti-union propaganda, La Prima United workers rallied on December 1 ahead of their union election date.

Workers at La Prima cited many reasons for wanting to unionize such as equal pay across the four coffee shops, healthcare and PTO benefits, job security, non-discrimination policies and democratizing their work environment.

The rally was attended by local community groups, the Party for Socialism and Liberation, labor allies such as Starbucks Workers United and Coffee Tree Roasters Union, United Museum Workers and many others.

Kit Baril, an employee of La Prima for two years, spoke during the rally about the company’s history of ignoring complaints of customer harassment. “I faced intense harassment at the La Prima in the Strip District from customers including friends of the owner, which was dismissed by him. A customer shouldn’t be trying to rip off my mask, invading employee-only space when I’m trying to privately eat lunch and making comments about how I look or saying disgusting sexist comments. I experienced this behavior regularly, which is why I’m not open about being a part of the LGBTQ community there. I eventually asked to permanently be scheduled at the Carnegie Mellon University location, even if it meant no pay during campus breaks, no guaranteed hours and a further commute.”

Nico DeNuzzio, another barista, also spoke at the rally. “Democracy means that any decision made that affects us should also mean that we have a right to be a part of that decision. As it stands, that right is not a given. A union means we have a fair process and the ability to negotiate about our wages, benefits and working conditions. With our union we will now have our rights recognized.”

Cecilia Tully said, “I am voting Union Yes because I believe that ALL PEOPLE deserve job security. That means a living wage, consistent hours, health insurance and sick pay.”

The rallying cry between speakers was “united we bargain, divided we beg!”
You can support the workers at La Prima United by visiting their webpage, signing their petition and following their progress on social media. Those local to Pittsburgh may visit a shop and order their coffee “Union Strong!”

Union Victory at Amazon: Bezos, Your Workers Are Coming For You!

USA: union victory at Amazon – Bezos, your workers are coming for you!