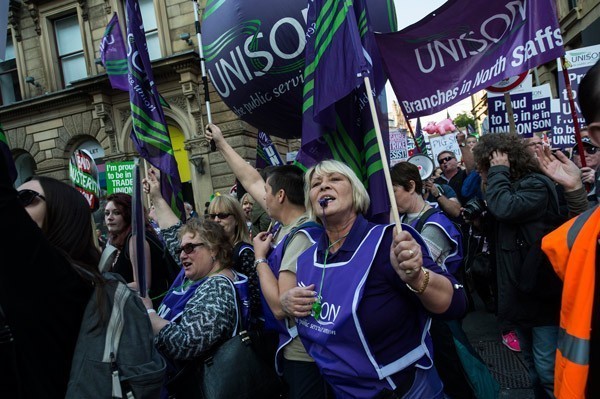 Full time officials in the Unison union are trying to undermine elected lay members on the union’s governing body by refusing to carry out its decisions.

At the heart of the row is whether Unison becomes a union that leads a greater fightback over pay and working conditions.

Most were part of the Time for Real Change campaign, which wants to make Unison a more fighting union. Time for Real Change members want to remove blocks that hinder members and branches trying to take action. Yet it said it had found a “lack of clarity” on the powers of the NEC to make decisions.

Its members brought six motions to a meeting of the NEC last week confirming the NEC’s authority in the union. These were all passed with a majority.

Yet Unison officials argued that many of the resolutions were unlawful. Time For Real Change has its own legal advice confirming that its motions are lawful. But the dispute is much more than a legal argument.

Unison activists can try and pass motions at their branches supporting the NEC decisions.

But they should invite left wing members of the NEC to speak at their branches to demonstrate a fighting leadership.

The left’s strength in Unison comes from the support it got from members who want to see a change in how the union is run.

It has to rely on that support to overcome the obstruction.

Council workers can vote for a pay strike

Local government workers in England and Wales are set to ballot for strikes over pay.

Members of the Unison union voted by 79 percent to reject a pay increase that falls well below inflation, in a consultative ballot that ended earlier this month.

Bosses had offered a rise of just 1.75 percent. With inflation running at close to 5 percent, that is a real terms pay cut.

It follows more than a decade of similar pay cuts and freezes.

Activists in Camden Unison built for a vote to reject the offer with a “pay free Friday campaign.” They said that a decade of below inflation pay rises mean that council workers now work one day per week for free, while the number of billionaires has increased.