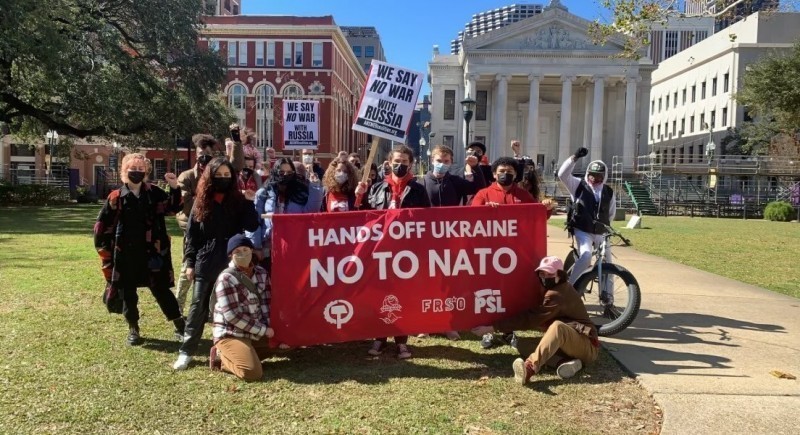 Demonstrators marched to the Hale-Boggs Federal Building under a banner saying “No to NATO”
(twitter.com @cpusa_la)

New Orleans, LA – Anti-war protesters gathered on February 5 in New Orleans at Lafayette Square Park to demand an end to NATO aggression against Russia. Activists carried signs and chanted slogans calling for peace and the disbandment of NATO.

The protest was organized by a coalition including the Communist Party USA, the Democratic Socialists of America, Freedom Road Socialist Organization and the Party for Socialism and Liberation.

Speakers decried the latest U.S. attempt to escalate the situation in Ukraine, which they said threatens us with a nuclear conflict with Russia. The protest also highlighted the negative role that NATO has played in Ukraine’s internal conflict and the need to oppose imperialism.

Quest Riggs of Freedom Road Socialist Organization said, “When all of the mass movements in this country unite against the war machine, they can hold back the march towards imperialist war and achieve real justice here at home.”

With signs like “Disband NATO” and “Fund healthcare, not war,” the demonstrators gave voice to the demands of the peace movement and showed that the people of New Orleans reject imperialist war.

New Orleans: No To War with Russia! U.S. Out of…

Emergency rally at White House demands ‘No War with Russia,’ NATO be disbanded