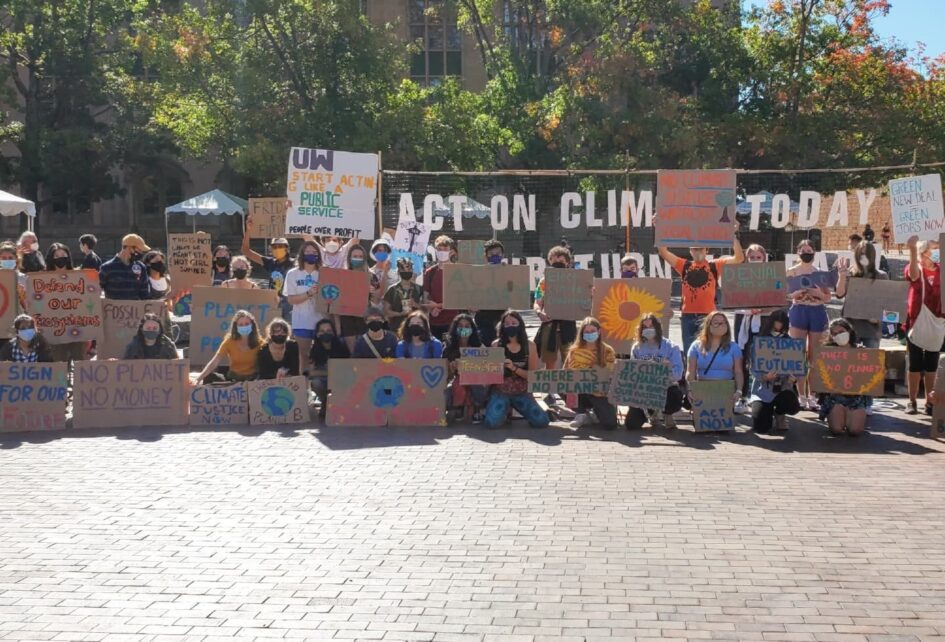 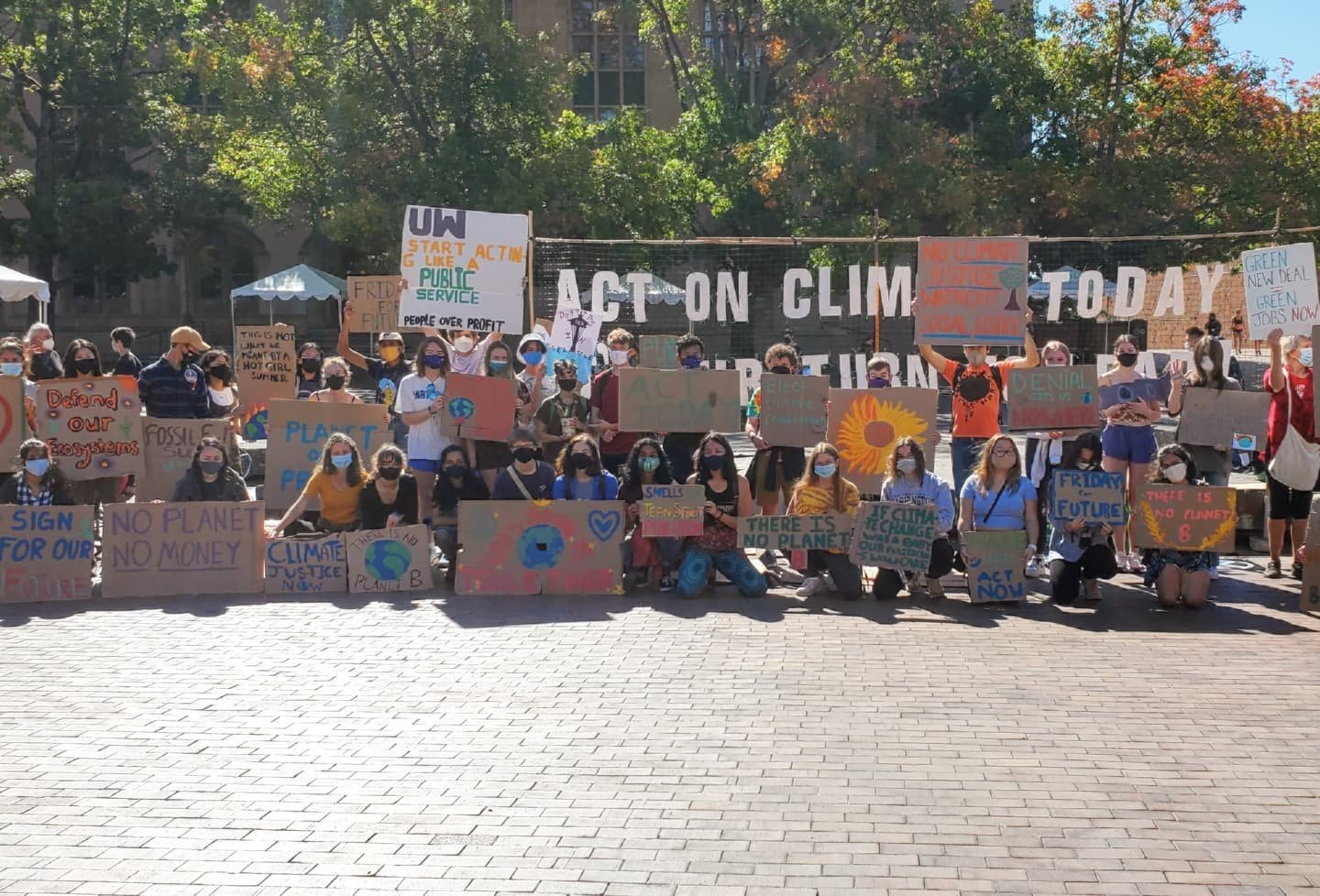 Washington – UW students are protesting on campus to demand that the UW Career and Internship Center amend their employer user policy to prohibit companies in the Fossil Fuel industry from recruiting on campus or using the center’s services in any capacity to engage with students. The requested change would deny members of the Fossil Fuel industry a space to recruit students through university networking platforms and career fair events, and also leverage the UW’s agenda-setting power by encouraging similar institutions to follow suit.

After several meetings and an attempt to work with the executive director of the UW Career and Internship Center, Briana Randall, student members of the group Institution Climate Action (ICA) were met with strong refusal and told there was “absolutely no way” the career center would adopt such a policy.

Institutional Climate Action is a student-organized chapter of a climate justice coalition of students, faculty, staff, and alumni demanding the University of Washington begins modeling the just transition to an equitable green future in the face of this climate crisis. ICA previously collected over two thousand signatures calling for UW to divest from fossil fuels, and after a three year campaign, successfully petitioned the University to call divestment to a vote in September 2023, culminating in the board’s decision to sell off its fossil fuel investments by 2027.

Once efforts to work with the career center arrived at a standstill, students started to protest. On November 28th, members of ICA began sitting in the career center lobby. Students sat from 9am-5pm everyday through December 15th, the last Thursday before their winter break. The protest resumed on Wednesday January 4th; Students are currently occupying the lobby from 3:30-5pm daily.

In a time where emissions need to be rapidly reduced, yet are continuing to increase, many college students feel a sense of dread and hopelessness as they imagine a bleak future.

Members of ICA believe that the climate crisis is not a hopeless endeavor. The climate crisis and its impacts are well studied and understood; Despite the dire nature of the crisis, adaptation is not a lost cause. At a time where the country should be taking vast efforts to adapt to the current and coming impacts of the crisis, it is challenging to face the reality that the United States of America, due to government and institutional inaction, continues to make the crisis even worse.

Students are disheartened to come up against a strong refusal to ban the Fossil Fuel industry from campus career centers, as they believe it could be a significant step in pushing the UW in the right direction–a direction where the University of Washington takes a strong stance against the Fossil Fuel industry by acknowledging the climate crisis and their role in it, as well as taking urgent, climate justice informed, and scientifically backed action for the sake of their students and the greater world population.

Members of ICA see change happening and they commend those in positions of power for their humility and desire to learn about climate change and climate justice. Members are grateful that the regents of University of Washington have shown they are listening and want to help through their divestment decision this past September. But, they feel frustration on the slow nature of these changes, and hope to see an exponential increase in generations above them seeking out information and taking justice based action on the climate crisis. Climate change is moving at a time scale significantly faster than divestment in 2027 can solve, and while students maintain hope, Gen Z cannot solve this crisis alone.

Through many conversations between ICA organizers and Briana Randall ( the sole person responsible for the decision to add or deny the policy) students have learned one of the main reasons she chooses to deny the change is because she does not believe it is in line with the University of Washington’s mission. While the executive director does not deny the climate crisis, she has expressed to members she sees no reason for change. Students, shared information with the executive director such as: Leaders within the Fossil Fuel industry have known for almost half a century that the burning of fossil fuels would change the Earth’s climate at an unprecedented rate, spent billions in order to mislead Americans and continues to do so, and spends more money marketing a “clean energy transition” than actually moving towards it, all while increasing fossil fuel production. Students report she has been open to receiving information about the Fossil fuel industry and its injurious behavior, yet continues to deny amending the policy. Students are disappointed that a person in power at the University cares little about their future and deny a change that could help position the University and the World to a better, less dismal future.

For information and some more detailed day to day (occasionally satirical) coverage of the protest please see ICA’s Tiktok and Instagram. For additional information about ICA and this campaign demand, please see our Coda document.

Bc government backs fossil fuel industry, but fails to prepare for crisis

Climate activist’s jailing shows it’s one law for fossil fuel bosses, and another for us