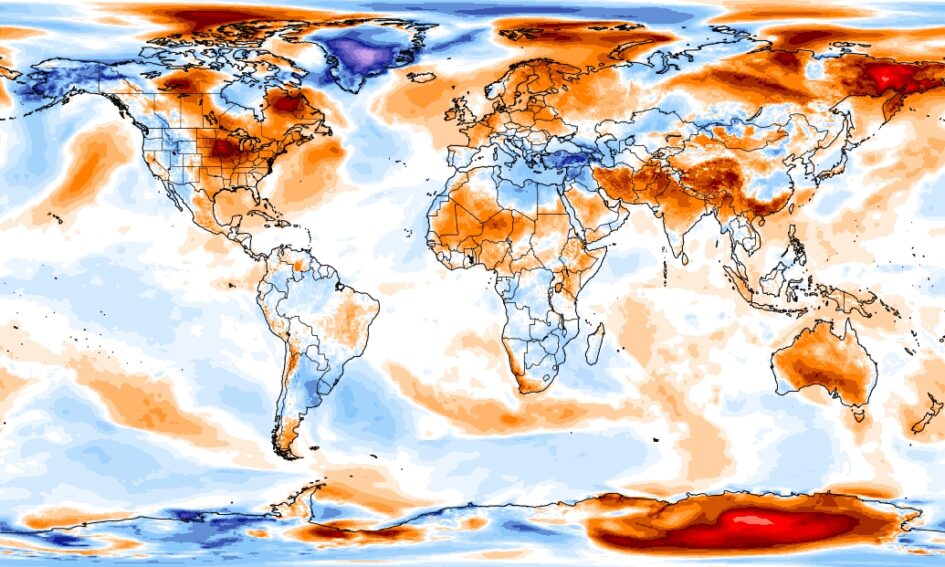 This story originally appeared in Common Dreams on March 20, 2022. It is shared here with permission under a Creative Commons (CC BY-NC-ND 3.0) license.

Scientists expressed shock and alarm this weekend amid extreme high temperatures near both of the Earth’s poles—the latest signs of the accelerating planetary climate emergency.

Temperatures in parts of Antarctica were 50°F-90°F above normal in recent days, while earlier this week the mercury soared to over 50°F higher than average—close to the freezing mark—in areas of the Arctic.

Stefano Di Battista, an Antarctic climatologist, tweeted that such record-shattering heat near the South Pole was “unthinkable” and “impossible.”

The joint French-Italian Concordia research station in eastern Antarctica recorded an all-time high of 10°F on Friday. In contrast, high temperatures at the station this time in March average below -50°F.

Jonathan Wille, a researcher studying polar meteorology at Université Grenoble Alpes in France, told The Washington Post that “this event is completely unprecedented and upended our expectations about the Antarctic climate system.”

“This is when temperatures should be rapidly falling since the summer solstice in December,” Wille tweeted. “This is a Pacific Northwest 2021 heatwave kind of event,” he added, referring to the record-breaking event in which parts of Canada topped 120°F for the first time in recorded history. “Never supposed to happen.”

Walt Meier, a senior research scientist at the National Snow and Ice Data Center in Boulder, Colorado, told USA Today that “you don’t see the North and the South [poles] both melting at the same time” because “they are opposite seasons.”

As Common Dreams has reported, the Arctic has been warming three times faster than the world as a whole, accelerating polar ice melt, ocean warming, and other manifestations of the climate emergency.

“Looking back over the last few decades, we can clearly see a trend in warming, particularly in the ‘cold season’ in the Arctic,” Ruth Mottram, a climate scientist with the Danish Meteorological Institute, told the Post. “It’s not surprising that warm air is busting through into the Arctic this year. In general, we expect to see more and more of these events in the future.”

We are scientists, calling for a climate revolution

Why Are Moderna’s Billionaires Airbrushing Scientists Out of the Vaccine Patent Picture?

With Its Doomsday Clock at 100 Seconds to Midnight, The Bulletin of the Atomic Scientists calls for escalating U.S. aggression against Russia