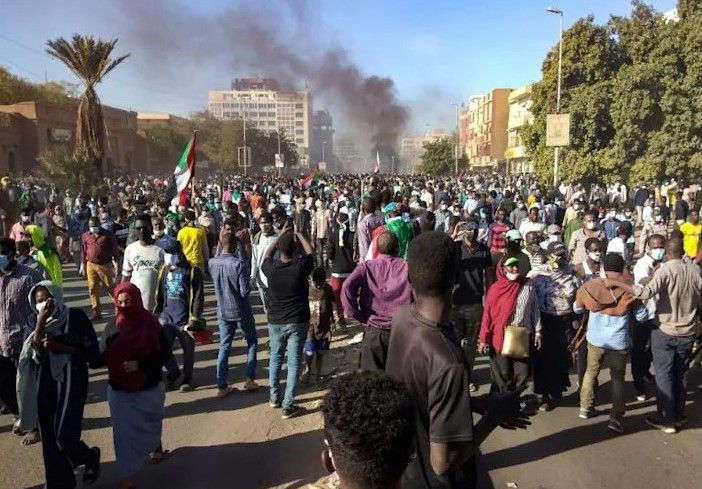 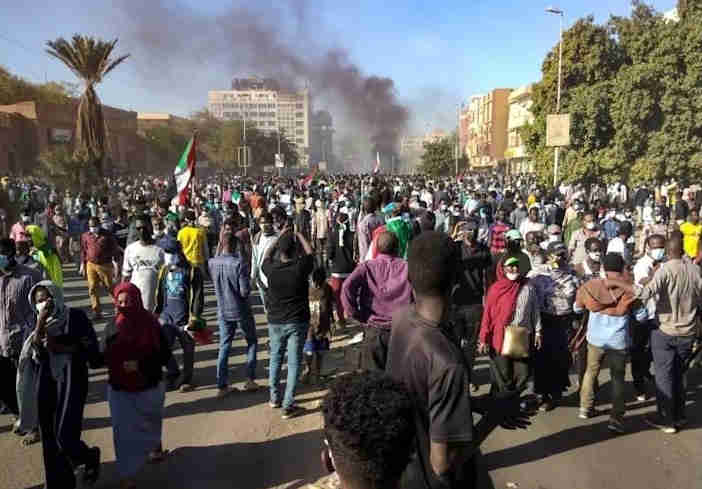 In the wake of mass protests “in the Sudanese capital Khartoum, Omdurman and other cities against military rule” on December 30, the Sudanese Communist party has issued an urgent appeal for international solidarity.

The protests were met with severe repression that resulted in the deaths of at least five and the wounding of hundreds more. The protests are part of an ongoing wave of mass demonstrations in opposition to the military coup that occurred in the country on October 25. 53 people in total have been killed since then.

The mass demonstrations that came out today, 30 December 2021, in the Sudanese capital Khartoum, Omdurman and other cities against military rule have been subjected to bloody repression. Security forces, police and Rapid Support Forces fired live bullets and tear gas against peaceful demonstrators, killing four people and wounding more than 200. Many leaders of the Resistance Committees have been detained as part of this wave of brutal repression, in a desperate attempt to crush the mounting mass protest movement since the military coup on 25 October.

An urgent appeal issued today by several medical associations called for urgent help to save the lives of the injured who were taken to hospitals, including critical cases. Some ambulances were prevented from evacuating the injured to hospitals.

The Sudanese Communist Party strongly condemns the escalation of bloody repression by the coup authority. It will continue working with all the relevant forces to strengthen and establish the broadest front to resist and defeat the coup and achieve complete democratic civilian rule in Sudan.

We call for urgent international solidarity to demand an end to the bloody repression in Sudan and the immediate release of all political detainees, especially the leaders of the Resistance Committees.

Sudanese Communist Party: Message to the people of Sudan

Urgent call to support the people of Myanmar

Solidarity with Cuba: WG of the International Meeting of Communist and Workers’ Parties

Solidarity with the Sudanese people