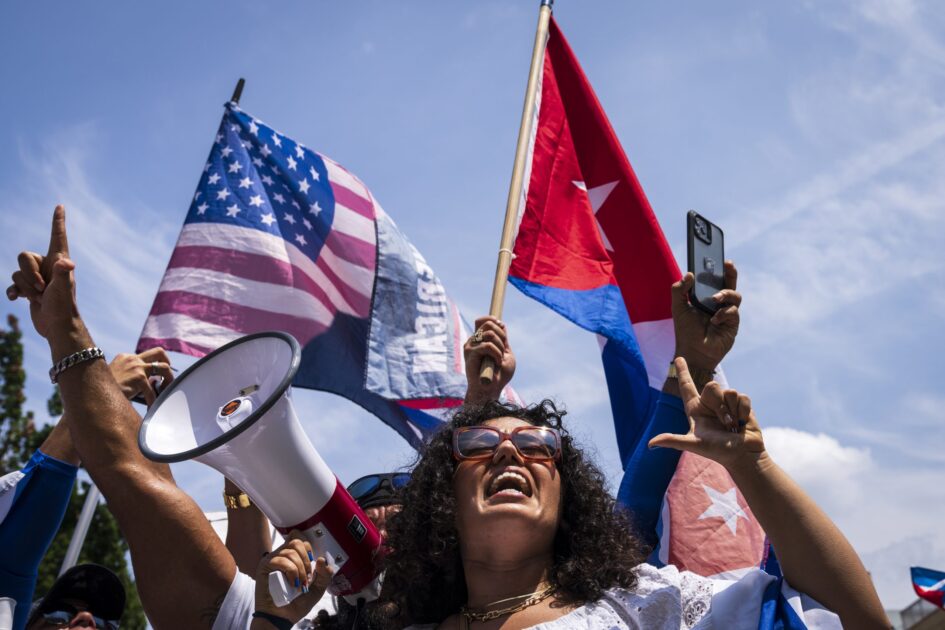 As the 20-year war in Afghanistan officially came to an end, President Joe Biden justified US military withdrawal in an address to the nation on Aug. 31: “This decision about Afghanistan is not just about Afghanistan. It’s about ending an era of major military operations to remake other countries.” While these remarks suggest a potential reckoning with the longstanding US policy of imperialist intervention around the world, increased US sanctions on Cuba demonstrate that such intervention persists in the form of economic warfare. From the dire strain US sanctions have put on the Cuban economy to the corporate media frenzy that exploited protests in Cuba this summer as a justification for interventionist “regime change,” it is clear that efforts by the US to “remake other countries” are not ending any time soon.

TRNN contributor Radhika Desai is joined by Arnold August to discuss the protests in Cuba, the media narratives about the protests, and the prospect that the Biden administration will succeed in exploiting Cuba’s current troubles to achieve its interventionist ends. August is a Montreal-based author, journalist, lecturer, and the author of multiple books on Cuba, including Democracy in Cuba and the 1997–98 Elections, Cuba and Its Neighbours: Democracy in Motion, and Cuba–U.S. Relations: Obama and Beyond.