USA: history ain’t over yet 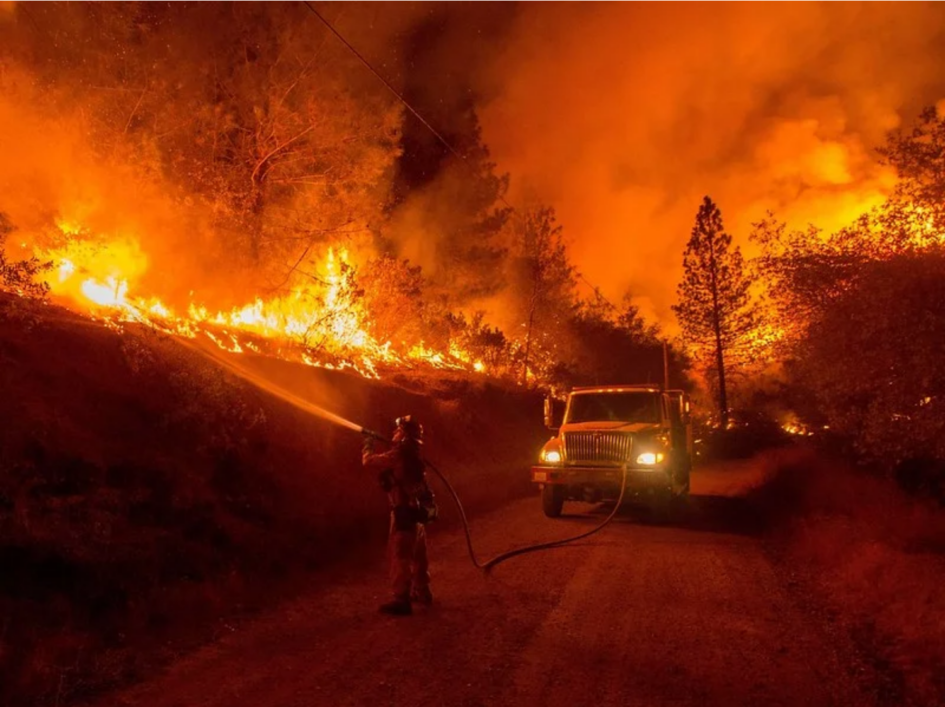 Thirty years have passed since the publication of The End of History and the Last Man. Gloating in the aftermath of the collapse of the Soviet Union, the American political scientist Francis Fukuyama made an astonishing claim. Humanity had reached “the end of history as such: that is, the end-point of mankind’s ideological evolution and the universalization of Western liberal democracy as the final form of human government.”

US imperialism had won the Cold War, and a glorious future awaited humanity under the aegis of a “Pax Americana.” A mere three decades have passed since then—a heartbeat in the span of human history—and the liberal apologists for capitalism are already singing a very different tune. As their dream of eternal domination evaporates, they twist and turn in helpless agony as they lament the impending “demise of US democracy.” After decades of failed policies and broken promises, they are bewildered by the explosion of interest in socialism, the rise of Trumpism, and the severe crisis of confidence in the institutions of their rule. The two-party system, Constitution, and the Supreme Court—carefully calculated straitjackets of equilibrium for the status quo—have turned into their opposite.

2008 and 2020 were supposed to be “once in a lifetime” events. And yet another devastating downturn is only a matter of time—and may already be here. After years of “easy-money,” near-zero interest rates and trillions pumped into the economy, the Federal Reserve is between a rock and a hard place, compelled to raise interest rates in an attempt to tame rampant inflation. In response, the stock market is on a downward roller coaster, with major indices already in “correction” territory. In a report titled “Let the Wild Rumpus Begin,” hedge manager Jeremy Grantham warned that stocks are in a “superbubble” that “won’t end well.” Millions of ordinary workers will yet again see their modest investments eviscerated while the big dogs get out early and cash in on their short-sale bets against the market. 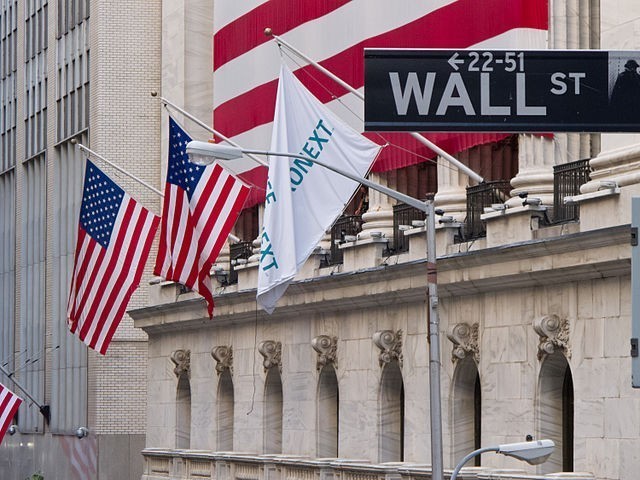 2008 and 2020 were supposed to be “once in a lifetime” events, but yet another devastating downturn is only a matter of time / Image: Carlos Delgado, Wikimedia Commons

And as if losing their meager retirement investments weren’t enough, inflation has gnawed away at the modest wage gains clawed back by workers in the aftermath of the 2020 implosion. Prices have risen an average of 7% overall over the last 12 months, the fastest increase since 1982, with energy costs up a staggering 29.3%. Stagflation is a clear and present danger as prices rise, the economy slows, and the Fed runs out of gimmicks.

To be sure, 2021 saw 6.4 million jobs added to the economy, the most since records began in 1939. But with the Omicron variant raging, just 199,000 of these came in December, and there are still 3.6 million fewer jobs than before the pandemic, not accounting for population growth. Much has been made of the 3.9% official unemployment rate. Still, labor force participation stands at a paltry 61.9%, as tens of millions of working-age individuals are entirely disengaged from the labor market. And for women aged 20 and over, the rate is just 57.8%, as the burden of childcare falls most heavily on working-class mothers.

In the absence of a concerted movement by the unions to fight for improvements in all workers’ lives, many have turned to individual solutions. Unwilling to settle for the wages and conditions of the past, an astonishing 4.5 million workers quit their jobs in November alone, seeking a few extra crumbs from the capitalists’ bloated pie.

Corporate profits are at an all-time high, not only in raw amounts but also as a percentage of the economy. Despite rising costs and snarls in the supply chain, after-tax corporate profits were up nearly 39% in the third quarter of 2021 compared with the last quarter of 2019, before the pandemic hit. Over the same span, wages rose just 4.7%, well below the inflation rate. Added to this is the growing burden of debt. As of December, US household debt totaled $14.89 trillion, the most since 2005, driven by mortgage debt and the explosive rise in housing prices. 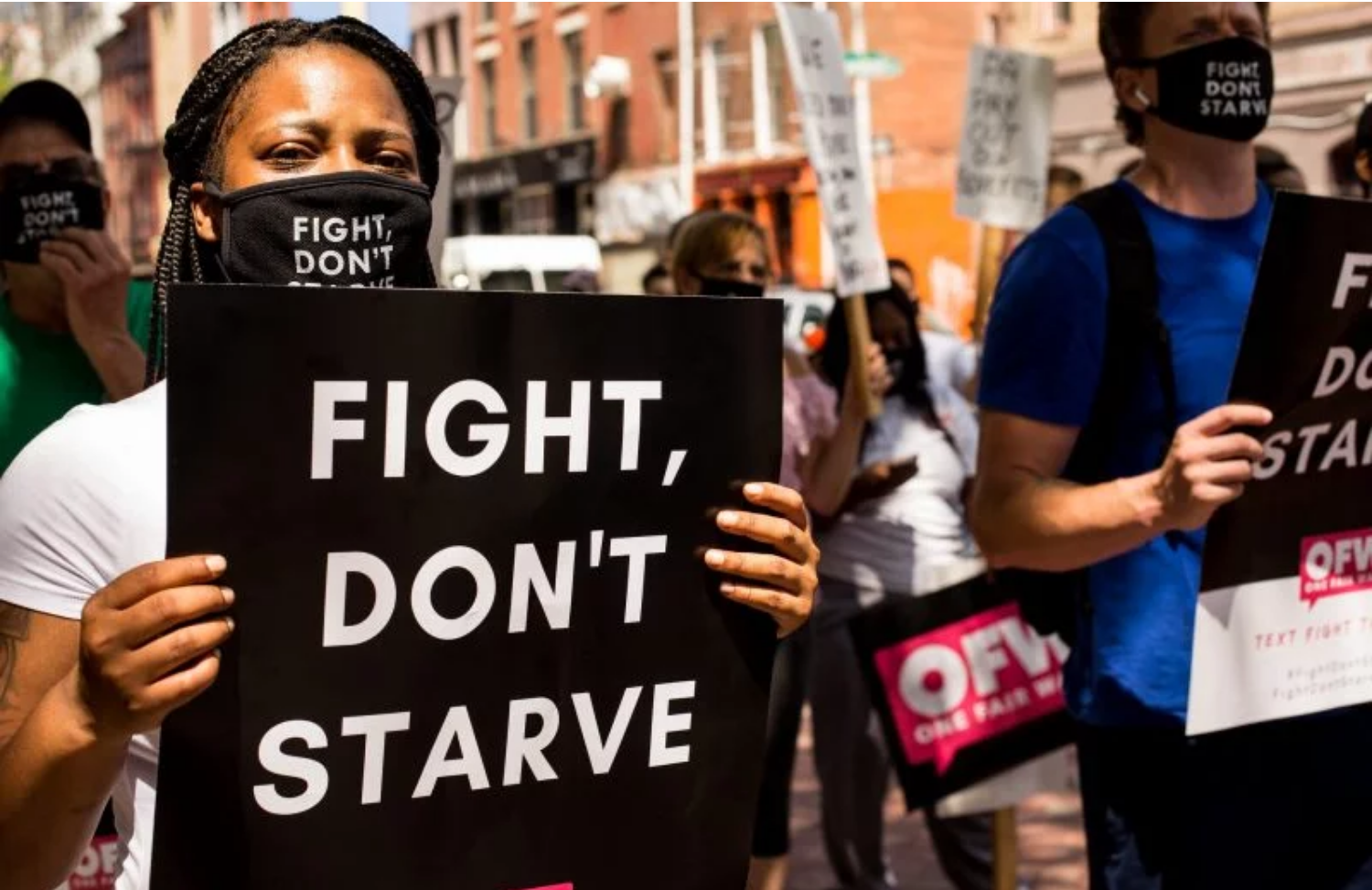 Labour force participation stands at a paltry 61.9%, as tens of millions of working-age individuals are entirely disengaged from the labour market / Image: Joe Piette, Flickr

As for Joe Biden, his “transformative” promises lie in tatters. Hamstrung by divisions in his own party, he may well lose control of Congress altogether in the midterms. Americans are pragmatic if nothing else, and in the banal binary of US politics, contests can be won or lost on the price of gas on election day. Dissatisfied with the party in power, even minor lurches by the electorate can hand power back to “the other” party. With only “greater” or “lesser” evils on the ballot, millions find themselves in the political wilderness, unrepresented and resentful, further fracturing the political and social landscape.

Instead of serious solutions, the beleaguered ideologists of liberalism suggest that people “learn to respect one another,” vote (Democrat), let off steam through peaceful protest, and “build community” by volunteering in religious, grassroots, and other voluntary associations. For their part, the Republicans are cynically rebuilding their brand, combining thinly veiled racism with right-populist, blue-collar libertarianism. It turns out that, far from being the party par excellence of the “billionaire class,” Trump, DeSantis, Cruz, and Noem are the “true representatives” of the working class! No greater indictment of the labor leaders’ failure to launch a workers’ party is possible.

Weighing on all this is the climate catastrophe, which presents an imminent threat to vast swathes of humanity. Over the last five years, the US has suffered nearly $750 billion in damages from multiple billion-dollar weather disasters. As Rachel Licker, a senior climate scientist with the Union of Concerned Scientists, told CNN: “We’ve known about these risks for so long, it didn’t have to be this way.” Far from reversing the dangerous trends, Biden’s tenure has seen US coal-fired electricity generation rise by 19%.

Over the last five years, the US has suffered nearly $750 billion in damages from multiple billion-dollar weather disasters / Image: Jeff Head, Flickr

Little wonder so many have been plunged into despair, demoralization, and fear of a dystopian tomorrow. Layers of stress and strain weigh on the entire planet, giving rise to films and TV shows like Don’t Look Up and Squid Game. In a recent New York Times opinion piece titled “America Is Falling Apart at the Seams,” David Brooks laments that hate crimes are up, charitable donations are down, and church membership has fallen below the majority for the first time. In addition, “the number of altercations on airplanes has exploded, the murder rate is surging in cities, drug overdoses are increasing, Americans are drinking more, nurses say patients are getting more abusive, and so on and so on… As a columnist, I’m supposed to have some answers. But I just don’t right now. I just know the situation is dire.”

Revolutionary Marxists reject the impotent pessimism, escapism, and nihilism, as well as the false optimism of the representatives of the status quo. We understand that the root of these convulsions can be found in the crisis of the capitalist mode of production and that transitions between such modes can be as messy and tumultuous as they are exhilarating. A tidal wave of class anger is building just beyond the horizon, and when the tsunami hits, the very shoreline will be transformed.

Class-independent politics, mass strikes, occupations, and eventually, the socialist revolution are in our not-too-distant future. We saw a glimpse of what’s to come with last year’s strikes and unionization drives, along with this year’s student walkouts and the Chicago teachers’ job action to demand safe conditions for workers and students alike.

Socialism in our lifetime is not only an aspiration but a revolutionary perspective and guide to action. The end is coming—the end of capitalism. Certainly not next week and perhaps not in the next decade or even two. But the objective and subjective pieces are falling into place, and history is far from over. It’s up to the workers and youth of today to prepare the ground for capitalism’s replacement by a genuinely humane and just system: world socialism.

Originally published on 25 January at socialistrevolution.org |

History Ain’t Over Yet

January 6 ain’t over; only you can stop it.

JobKeeper was yet another gravy train for private schools

Yet another contradiction of capitalism

Nazim Hikmet: The most beautiful days we haven’t seen yet…