This week saw the conclusion of a month-long strike involving over 10,000 United Auto Workers (UAW) workers at John Deere, the world’s largest farming equipment manufacturer. Workers at 14 facilities in five US states returned to work on Wednesday having approved a contract that guarantees them an immediate 10 percent wage rise, improved retirement benefits and an $8,500 signing bonus.

These are important gains achieved through a militant strike, pushed forward at every stage by the rank-and-file workers of the company, who at each turn of events were faced with the collusion between the bosses and the bureaucratic union leadership.

In spite of the headline-grabbing wage increase, the final result of the strike is still some way from an all-out victory. Nevertheless, with other strikes across the US ongoing or on the horizon, the John Deere strike gives us a taste of the militant struggles to come. 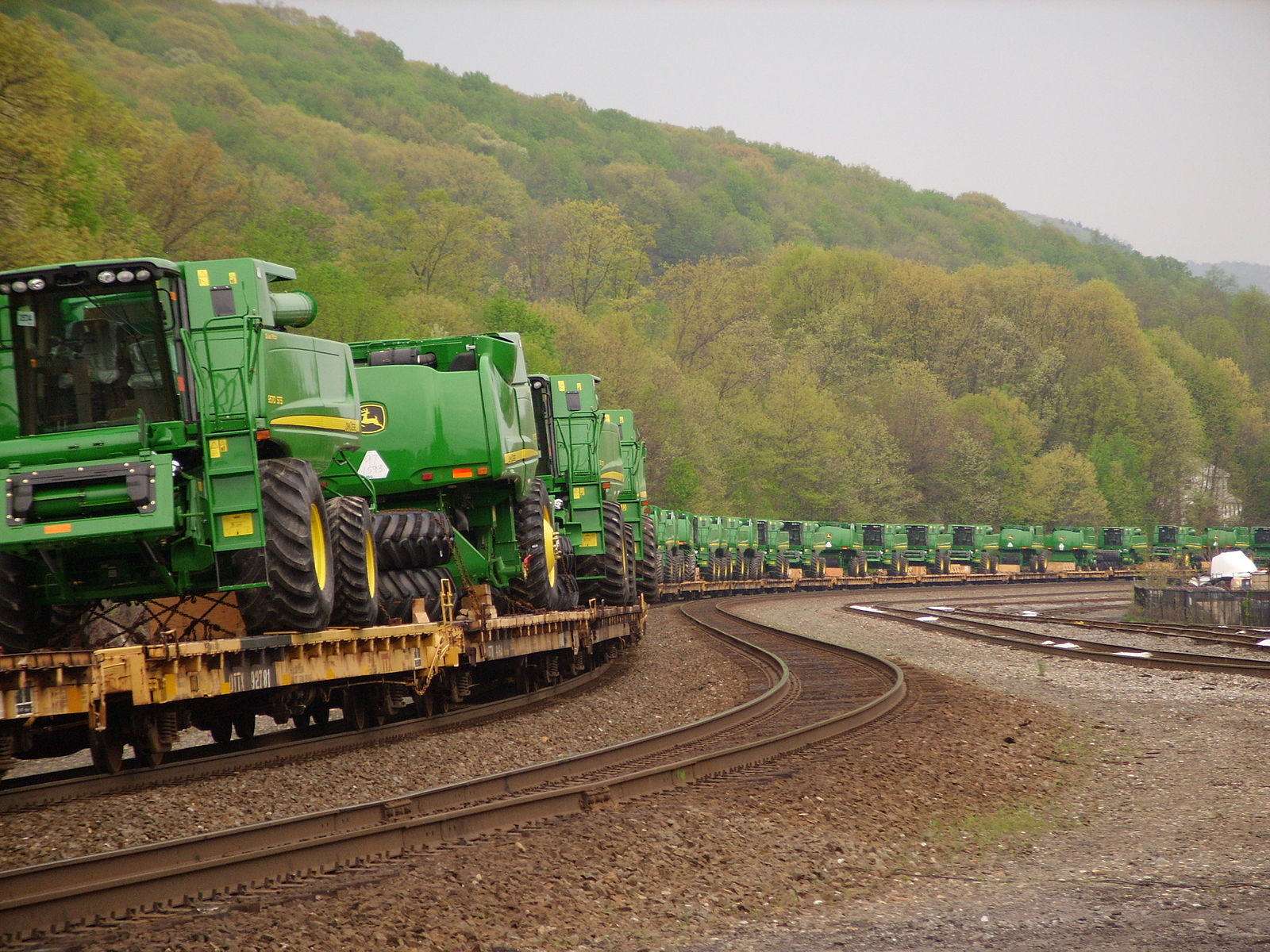 In October, John Deere workers were presented with a meagre proposal to increase wages by 5 percent. This is below the inflation rate in the US which has already risen to 6.2 percent. In addition, the contract would have worsened pension plans for new hires and increased the cost of healthcare insurance. The workers were also angry that their grievances always took forever to be addressed by the bosses.

Unsurprisingly, workers came out en masse to oppose the insulting terms offered by the bosses, with 99 percent of voting to approve strike action.

This vote was not only significant for the scale of support it received. This was the first strike at John Deere since 1986, and the biggest private sector strike since the struggle of General Motors workers in 2019.

Power of the working class

Undoubtedly, one of the key factors in shifting consciousness in this direction was the impact of the coronavirus pandemic. Many striking workers said they wanted recognition for the sacrifices they had to make during the lockdown.

As construction and farming equipment is considered essential, John Deere workers risked their health to build these invaluable resources, only to be rewarded with a wage increase that would be entirely lost to inflation. 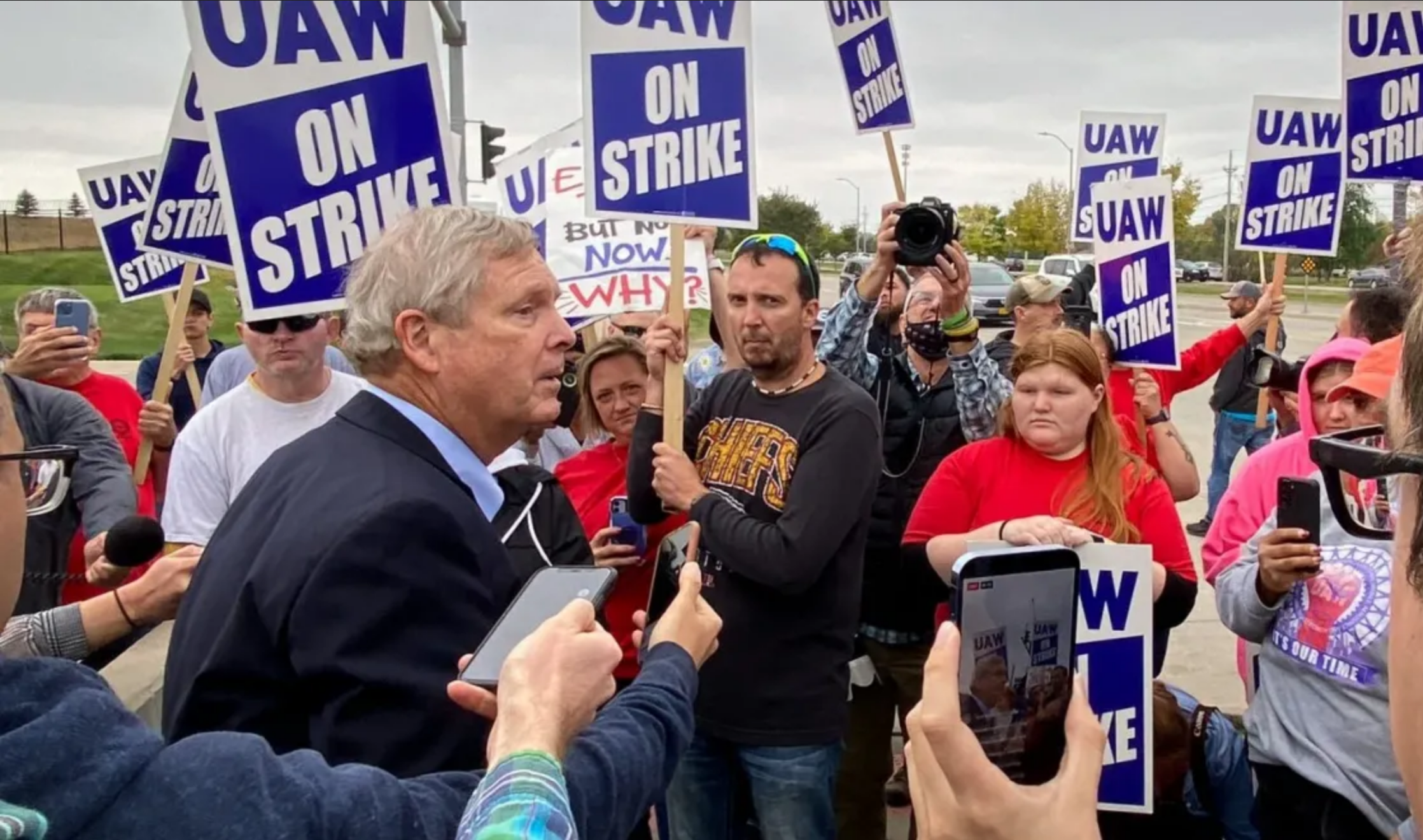 As construction and farming equipment is considered essential, John Deere workers risked their health during the pandemic to build these invaluable resources, only to be rewarded with a wage increase that would be entirely lost to inflation / Image: Lance Cheung, Flickr

Adding insult to injury, John Deere CEO John May earned $15.6 million in 2020, a 160 percent increase over his 2019 pay. While the company publicly claimed to be unable to afford more than a 10 percent wage increase for its workers, John Deere chalked up record profits this year, projected at $5.7–5.9 billion. Profits taken in during the first nine months of 2021 are already double what they were in 2020.

With the bosses lining their pockets and company profits skyrocketing, the suggestion that John Deere cannot afford to pay its workers more was rightly met with scorn. Chuck Smith, a UAW member and striking welder, said; “Look at what they’re paying executives. Look at what they’re giving their CEO. It’s corporate greed.”

Despite the readiness to fight on the part of the workers, however, the UAW leadership tried to undermine the strike at every turn.

Two previous contract proposals were rejected under pressure from rank-and-file workers, including a stitch-up deal on 30 October that would have only increased wages a mere 5 or 6 percent this year (and only depending on pay grade), and just three percent in 2023 and 2025. It would also have denied traditional pension benefits to future employees.

Then, on 2 November, John Deere proposed a third contract that was the culmination of its secret talks with UAW negotiators.

This included important gains, primarily the offer of an immediate 10 percent wage rise, to be increased to 20 percent over the length of the contract, however it was rejected by a majority of workers, in favour of continuing the strike.

Although the concession of 10 percent was a significant improvement on the original deal, rising inflation would quickly swallow the bulk of this. Furthermore, the proposed contract was to be in force for 10 years! This would have meant a steady real-wage decrease over the duration of the contract.

In response to the rejection of this initial deal, UAW negotiators stated; “The strike against John Deere and company will continue as we discuss next steps with the company.”

These supposed discussions, however, seem to have amounted to nothing. After two further weeks of striking, the final deal (approved by 61 percent of strikers) looks almost identical to that which was previously rejected, but would cover six years, instead of ten.

All major elements of the contract are the same, with some small additional concessions, such as minor tweaks to how the company calculates bonuses for those who meet production targets.

As winter began to set in, it is clear that the main aim of the bosses at John Deere was to simply wait out and demoralise the strike into accepting its terms. The UAW leadership, rather than mobilising the militancy of the strike to put pressure on the company, in collusion with the bosses, have rested on their laurels and were content to compromise.

This significantly discouraged layers of the strike, who increasingly lost confidence in the UAW’s leaders’ willingness to prosecute the strike to victory. Frustration over the secrecy of the contract negotiations were a particular concern. Trever Bergeron, an iron pourer at John Deere, said: “Everything is always a damn secret with them. We are the last thing they think about.”

While the gains of the final contract are important and show what is possible when workers take collective action, there was clear potential for the workers to achieve much more, if their energy had been reflected in the union’s leadership.

The dynamics of the strike at John Deere are no isolated occurrence. They are part of a much wider mobilisation and energising of the labour movement across the US, reflected in the ‘Striketober’ wave of industrial action over the last few weeks.

With strikes at Frito-Lay and Nabisco having recently won improved contracts, and with the ongoing strike at Kellogg’s, it is clear that the US labour movement is entering a new and important period. 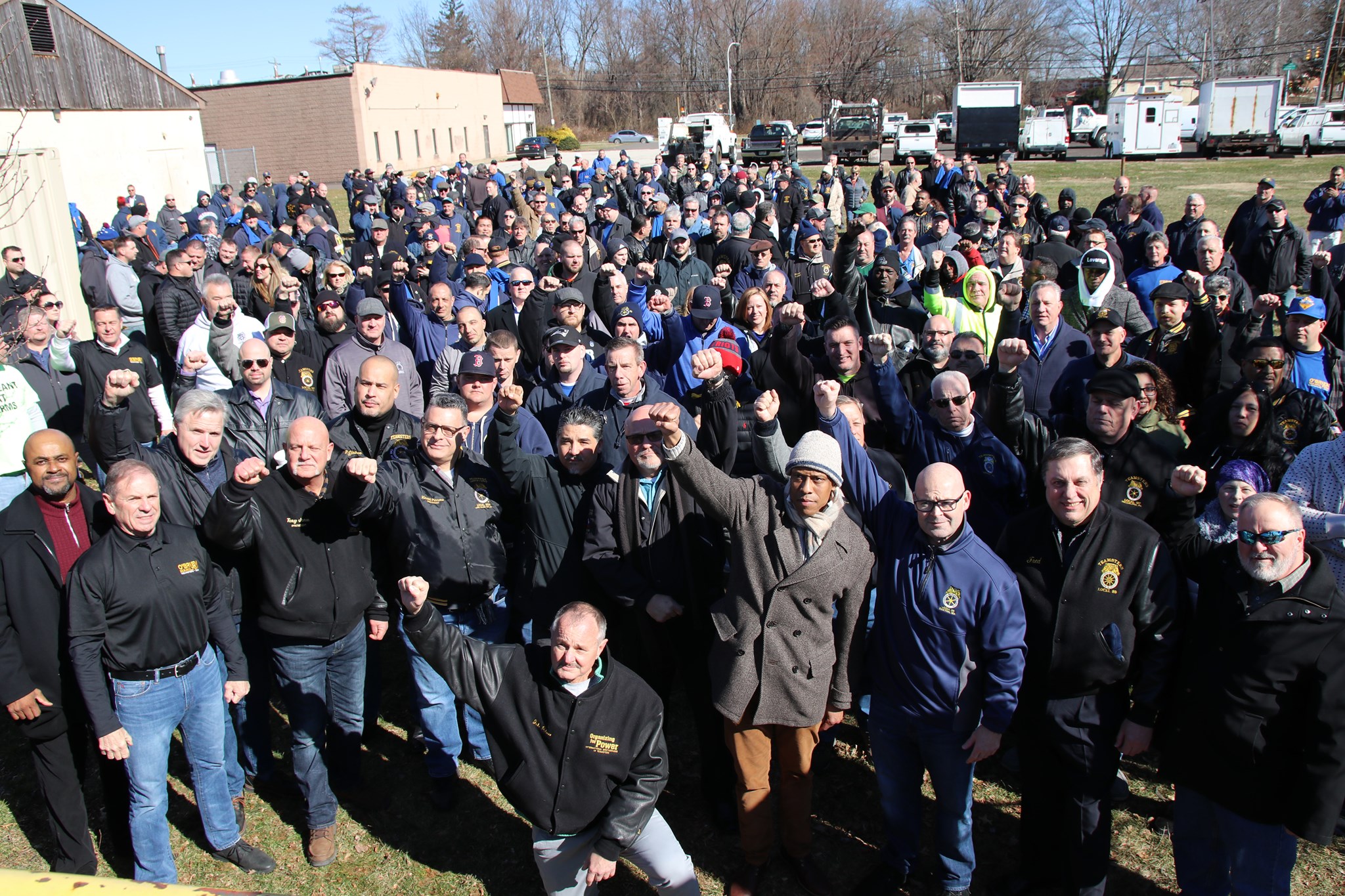 The Teamsters United (or ‘OZ’) slate, backed by the long-standing Teamsters for a Democratic Union caucus, gained popularity by promising to engage with local members and to take the fight to the bosses / Image: OBrien Zuckerman/Teamsters United 2021, Facebook

Significantly, this new wave of militant labour activity is increasingly finding an expression in the battle for control of the unions. This week, a grassroots slate won an unprecedented landslide victory in the Teamsters union, which organises over 1.3 million US workers at major companies such as UPS.

The Teamsters United (or ‘OZ’) slate, backed by the long-standing Teamsters for a Democratic Union caucus, gained popularity by promising to engage with local members and to take the fight to the bosses. More than anything, they won support by promoting changes to the bureaucratic union structures that are increasingly exposed as stale, ineffectual and opposed to the interests of the workers.

The incumbent, Jimmy Hoffa Jr., was not running for reelection, so the top position in the union was open, but the slate he endorsed was rejected. It is extremely uncommon for union regimes to be defeated in this way, let alone in such resounding fashion. It shows that fresh layers are entering the fray, and striving to turn their unions into militant, fighting organisations.

Increasingly in the coming period, industrial action will provide a litmus test for the backbone of the union leadership. As workers like those at John Deere continue to see the failings of the old union bureaucracies, rank-and-file movements capable of leading more successful battles will develop.

The US working class is has more potential power than ever. The recent strike at John Deere is a clear sign that militant action can win meaningful improvements, but that significant gains will only be achieved when the working class takes control of the unions and turns them into a tool of genuine class struggle. This, along with the building of a mass, class-independent workers’ party, is the task faced by the emerging labour movement in the US today.