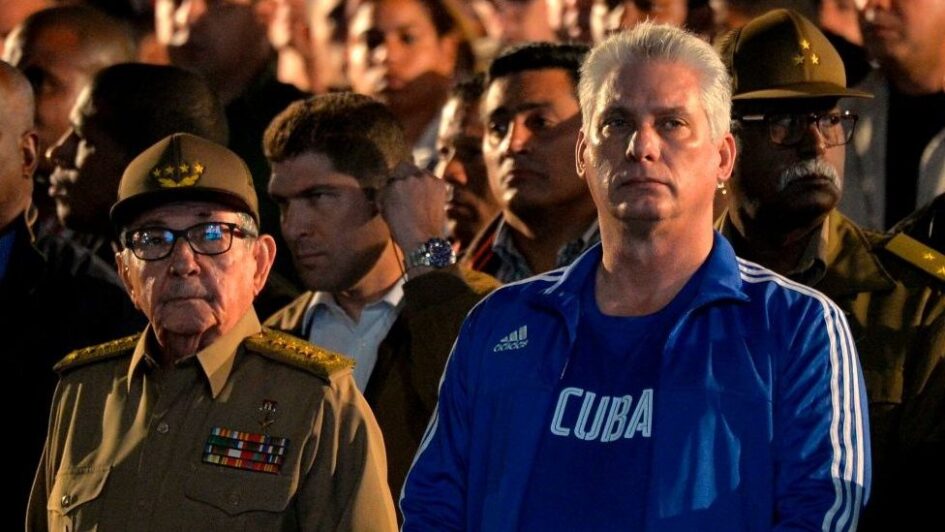 On 21 April, the Washington Post published an opinion: “The Castros are finally gone. The U.S. should end the Cuba embargo and open the gates.” The opinion, penned by Kathleen Parker, fairly drools at the prospect (a prospect that is only an invention of imperialism’s own misguided hopes) of getting US companies and goods into Cuba to ravage the Marxist island state and its people.

As cde Raul Castro steps down as head of the Cuban Communist Party and the state Presidency, to be replaced by cde Miguel Díaz-Canel, The Post, along with every other imperialist lickspittle media machine, has decided that the collective Cuban goal of communism is over! The snide remark about cde Fidel that “The fatigue-clad leader wasn’t a communist when he traded his rifle for a microphone…” ignores the reality that there was a time when every communist wasn’t a communist!

Becoming a communist is a growth of understanding mixed with experience, not necessarily your own, and a longing to free the oppressed working majority within society who slave for wages so that a tiny minority can enjoy fantastic wealth and power. The leadership of the Cuban revolution, at the point of waging the armed struggle, were either committed Marxists or very close to becoming such and if Ms Parker thinks for one moment that when sat in jungle hideouts up in the mountains, political economy and ideology were not things of long and sometimes sharp debate among those leaders she has no understanding of the making of revolutions. Of course, she admits as much when she says “Fidel’s legacy, continued by brother Raúl with some minor modifications, has meant continued misery for the island’s 11 million people.” As if cde Raul was just his brother’s second in command, a placeman who had little understanding of his own. For the record, cde Raul achieved an understanding of Marxism-Leninism before his brother and understands the world, the Cuban people and the imperialist enemies of Cuba very well.

As for the “misery” that Ms Parker claims the Cuban people have to endure, many people around the world would love to be enduring such misery for as she has to admit, Cuba has a ”booming biotechnology industry” and further “Not only has Cuba kept covid infections remarkably low, but Cuban researchers are also developing five vaccines, two of which seem promising. Cuba says it plans to export its vaccine for free to South America and Central America.” Along with these sins of communism the admission is dragged from her that “every Cuban citizen receives an annual medical checkup…while the state maintains health profiles, categorizing people according to healthy, not-so-healthy, elderly (one in five is over 60) or predisposed to illness because of obesity, diabetes and so on.” At this point her petulance, or maybe her fear at the threat to her lucrative employment as a puppet wordsmith of imperialism if she keeps telling us the advantages of socialism, erupts when she admits “So, yes, a state-run system focused on prevention can boast enviable health outcomes” before adding to our Homeric laughter “but the trade-off is a loss of privacy and freedom, which is no choice at all.” Go tell the starving masses of the world Ms Parker, whose life expectancy is so low because of the little or no healthcare they receive while they live in squalor burying their starved children even though they, and often their children, regularly work 70-80 hours per week!