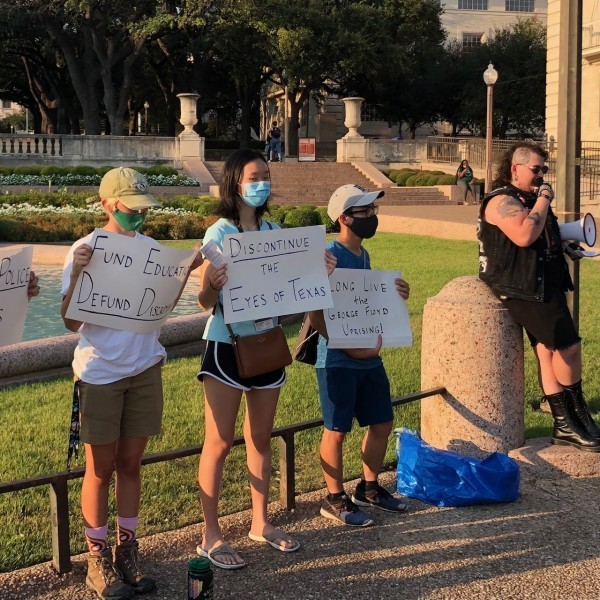 Austin, TX – On the evening of September 9, a small group of students rallied in front of the University of Texas at Austin’s Littlefield Fountain to protest against police crimes and racism. Austin Students for a Democratic Society (SDS) called the rally as part of the national SDS day of action to stop police crimes.

Students demonstrated both against police crimes and also against the university’s practices that uphold racism on campus, with an emphasis on the need to organize and demand change.

In their speech, SDS member Soaring Falcon said, “After thousands of students petitioned last year to stop singing the racist school song, The Eyes of Texas, to remove of racist statues and monuments, and to defund UTPD, what has UT done in response? Nothing! But we refuse to take no for an answer! We will keep organizing until our demands are won. Instead of increasing UTPD funding by $8 million, the university should use that money for things like creating a scholarship fund for Black students, or increasing funding to UT’s Black Studies department.”

The vast majority of passersby took flyers from SDS members and expressed enthusiastic support for the rally.