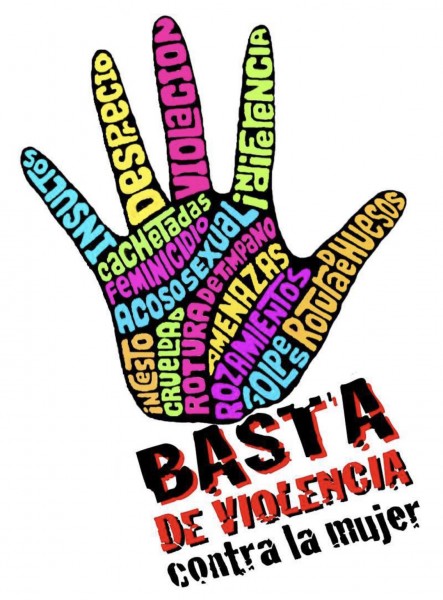 Ministry of Women and Gender Equity.

Caracas, Venezuela – Images of men sitting in prison, looking down at their shoes, awaiting court for violating and committing acts of violence against women appear on the TV screen. Scrolling across the bottom of the screen are the words, “The most people in prison in Venezuela are men who have committed gender violence.”

Venezuela has one of the strongest gender laws of any country in the world. The laws strongly protect women, so men are held accountable and cannot hurt them again.

“We made laws in Venezuela so we will be a country without violence against women. These laws don’t just protect us from being physical violence, but all forms of abuse,” says Maribel Santos, director of the Manuelita Saenz Bolivarian School.

In 2007, when Chavez was president, he and his party, the United Socialist Party of Venezuela (PSUV), helped to passed the Law for the Right of Women to a Life Free of Violence. The law protects women from physical, emotional and sexual violence, among other types of violence.

“If you go to the police, and say that a man violated or hurt you, he will be immediately put in jail. Why? If a man is not put in jail, if he finds out the woman went to the police, he will probably hurt her more or kill her,” said Tulio Virguez, International Relations Secretary of the Federation of Public Service Workers.

This is unlike the U.S., where only 5.7% of rapes reported to the police are arrested, according to the Rape, Abuse and Incest National Network (RAINN).

“In Venezuela, if I go to the police for an assault, they will immediately do forensics [a rape kit], to collect evidence about the incident. After an assault, some women take a shower, before going to the police, because they feel violated. Even in these cases, the men will be put in jail, to wait for court. Neighbors, community council members, parents etc. can also be witnesses to tell police that the men were hurting the women,” says Karla Mogollon Lucena, community organizer of the municipality of Paez.

A U.S. woman who asked to be remain anonymous for safety reasons spoke of her U.S. experience: “I was assaulted in my own home by a neighbor in my building. I immediately drove to the ER after it happened to receive an extensive rape kit, that took hours. I already felt horrible, from the whole incident, but it was made even worse when I was told by the hospital social worker that the rape kit would take two to three years to process. Imagine, knowing your rapist lives within feet of you and the rape kit and court would take years.”

In contrast, “My friend was raped and went to the hospital for the rape kit. She had her results within weeks and went to court within 40 days. During this whole period, the men who raped her were locked up, so she was protected. According to the law, after the report is made, the police have to act within the first 12 hours,” says Tulio Virguez.

The failure of laws and court systems lead to mass amounts of death among women in the U.S. According to the Bureau of Justice Statistics, an average of three women every day are killed by an intimate partner.

“In Venezuela there are more men in prison for gender violence than for drugs,” says Maribel Santos.

This is a far contrast from the USA, where only 0.7% of reported rapes receive felony convictions, according to RAINN.

Charging men for abuse is an important part of the law, but also information sessions and trainings have helped reduce rates of gender violence. The PSUV Chavez/Maduro government started the structure of communes, which are community organizations with local political representation. There are currently around 3200 communes in Venezuela. According to the Law for the Right of Women to a Life Free of Violence, each of these communes is supposed to have a Family and Gender Equity committee to support these trainings.

Gaudy Garcia, a leader of the Family and Gender Equity Committee of the Monte Carmelo Commune says, “We are a feminist organization, so we hold feminist workshops. On average, 25 women attend our classes. We share our experiences and provide trainings on sexism. We are warriors.”

“There are orientations for women on the law and their rights. There are also information sessions for the community as a whole, so men know the repercussions if they hurt a woman,” says Karla Mogollón Lucena.

The U.S. should learn from Venezuela’s gender laws, which are quick and effective. Clearly, the U.S.’s laws are not protecting women, since less than 1% of rapists in the USA are in prison.

“Here in Venezuela, we believe and protect the women. We have a saying here that the revolution has the shape of a woman. There is also a big push to add LGBT+ language to the law,” says Tulio Virguez.