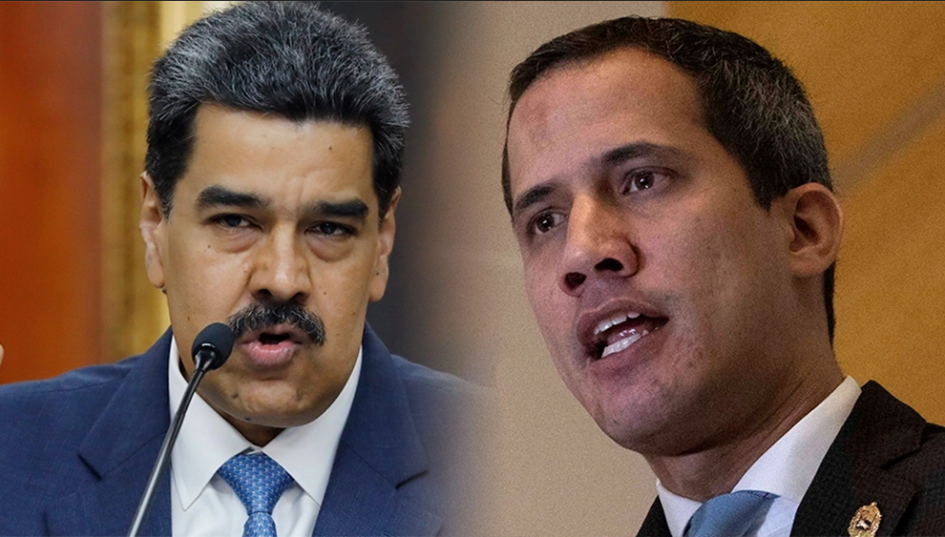 In a statement concerning the talks between representatives of the Maduro government and the US-backed right-wing opposition in Mexico City, the

Political Bureau of the Central Committee of the Communist Party of Venezuela (PCV) talks about “deal between elites”, denouncing the procedure as a “farce of a dialogue”. The full statement of PCV is the following:
The Deal between Elites has been Consolidated in Mexico
The political representatives of the national bourgeoisie’s two most important fractions have come to an agreement in Mexico. This agreement looks to set the bases for the rest of the political negotiations which have been brewing for some time and which have resulted in concrete actions benefiting the enemies of the Venezuelan people.

On the one hand, the Nicolas Maduro government and the traitorous leadership of the United Socialist Party (PSUV) who represent the interests of the powerful new rich which has been born out of state contracts. On the other, the rightwing led by Juan Guaido, Henrique Capriles and the social-democratic parties in representation of the traditional national bourgeoisie and the interests of the US and European transnational monopolies.

It is necessary to remember that the opposition fraction acts in open subordination to the interests of US and European imperialism. As such, its strength to force the talks has come from the harmful impact of the coercive, unilateral and illegal sanctions imposed by the imperialist powers against our country.

Given this class composition of the two political forces that met in Mexico, it is clear that the content of the so-called “peace talks” will revolve around their interests. For this reason, when spokespersons talk of negotiations for stability or for national salvation, they refer to the creation of conditions to guarantee their own stability and their own salvation, to the detriment of the country’s interests and of the working people of the city and the countryside.

The memorandum of understanding signed in Mexico is based on previous economic agreements and looks to provide guarantees to private capital. Both the government and the right-wing opposition agree on the current neoliberal economic agenda imposed by price liberalization, de facto dollarization, privatization of public assets, the return of public companies and agricultural lands to private and landowning capital, fiscal flexibility, openness to private capital in the oil sector, the destruction of wages and the deregulation of labor relations. These policies come in addition to important promises of juicy profits to national and foreign private capital with the Special Economic Zones and the expectations of a reform of the Hydrocarbons Law, with which it is intended to privatize the oil industry and reduce the capacity of the State to capture the oil rent.

That is why the working class, the campesinos and the popular sectors cannot be deceived by the bourgeoisie’s dialogue in Mexico. Our interests and needs are not the important issues on the agenda of the political representatives of the rapacious national and transnational bourgeoisie. Quite the contrary: it is the sacrifice of our conquests and rights, and the placing the weight of the crisis and illegal imperialist sanctions on our shoulders that these two bourgeoisie political forces shake hands on and aspire to sign the “pipe of peace” over today.

Another example of this reality is that, while the dialogue offered rapid results in the liberation of right-wing figures implicated in foreign aggressions against the country, many workers continue to be imprisoned as a result of a growing policy of persecution and criminalization of workers’, trade union, social, campesino or womens’ struggles.

But the evidence goes further: while the dialogue generates rapid responses to employers’ demands to pay less taxes and free up prices, workers’ demands for a salary equal to the basic food basket and against illegal dismissals are rejected.

The Political Bureau of the Central Committee of the Communist Party of Venezuela (PCV) rejects and condemns this farce of a dialogue that has been imposed with its back to the demands and real needs of the working people of the city and the countryside. We denounce before the Venezuelan people that the objective of the Mexican talks is to consolidate the bourgeois pact for the distribution of the country’s wealth between national and foreign capitalists, at the same time imposing an anti-popular economic adjustment package. All this, in addition, while guaranteeing grotesque impunity to those who amassed great fortunes and are protected by corruption, as well as those who promoted illegal foreign sanctions against the country and appropriated the nation’s resources.

Today, more than ever, workers must be united to fight against the offensive that the bourgeois pact of Mexico will impose on our rights and the sovereignty of the country.

Yesterday was the Punto Fijo Pact; today it will be the Pact of Mexico. With new and old actors, but always against the interests of the working people and the Homeland.

The working class, the campesinos and the popular forces must build the Popular Revolutionary Alternative in the face of the new pact between elites.

Political Bureau of the Central Committee of the Communist Party of Venezuela (PCV)
Caracas, August 17, 2021.
solidnet.org