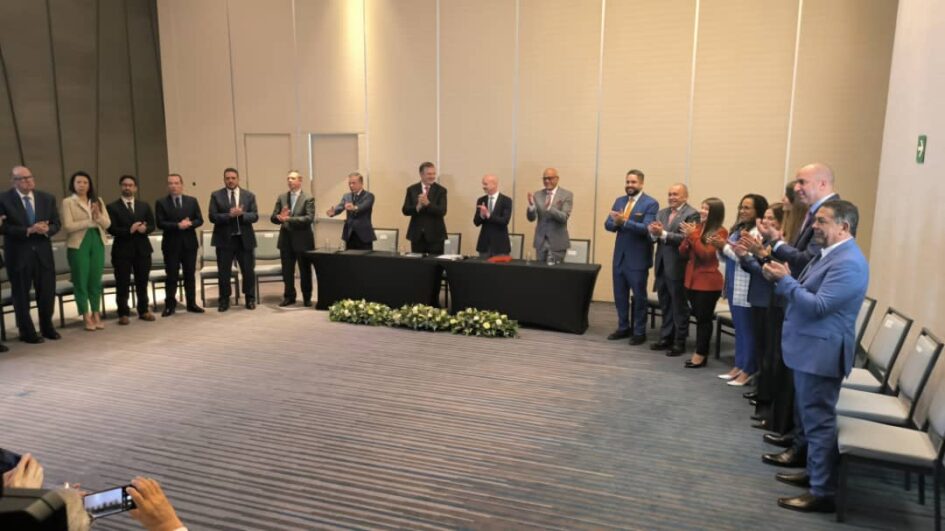 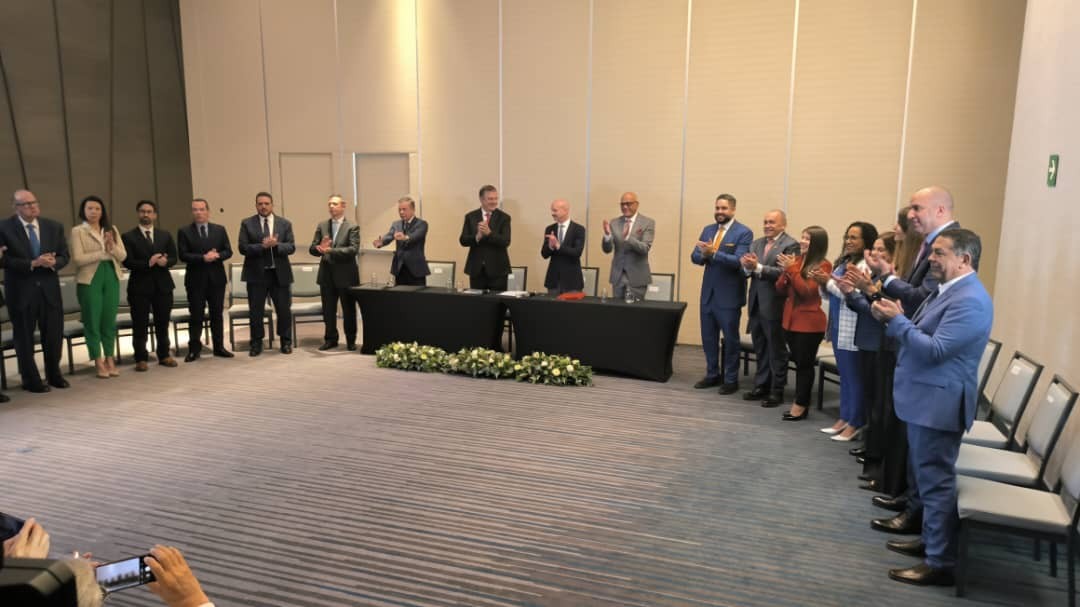 Above Photo: The dialogue process was paralyzed in October 2021 following the extradition to the US of Venezuelan government envoy Alex Saab. (@jorgerpsuv / Twitter).

Following the renewed talks in Mexico, Washington issued an expanded sanctions waiver for Chevron to partly resume its Venezuela operations.

The Nicolás Maduro government and the US-backed rightwing opposition have signed a partial agreement focused on social issues following the resumption of the dialogue process.

After a year-long hiatus, the government delegation disclosed that the agreement had been “exhaustively discussed” in Caracas with Norway as a mediator. On Saturday, they traveled to Mexico City to present a new deal that relates to the management of US $3 billion in Venezuelan funds seized by Washington. The document established a joint commission to follow and verify the correct implementation of the agreement.

According to a communique by the government delegation, the United Nations (UN) will be in charge of distributing the funds to address the Venezuelan people’s urgent and various social needs. “This agreement expresses the advancement of our people’s right to enjoy their resources, illegally and unjustly blocked [by the US government].”

The statement added that the “rescued resources” will be primarily used to acquire medical equipment as well as vaccines, medicines, and other supplies; strengthen the electric system; repair school infrastructure; expand food programs and attend to the national emergency caused by torrential rains in recent months.

In the communique, the Caracas representatives likewise rejected “the illegal detention of Venezuelan diplomat Alex Saab and once again demand his immediate release and his full incorporation as a [delegation] member.”

The dialogue was suspended when the Maduro administration withdrew from the process in October last year after government envoy Alex Saab was forcefully flown from Cape Verde to the United States to face money laundering charges. In a stop-start trial, Saab’s defense has demanded US courts recognize his diplomatic immunity under the Vienna Convention. The renewed round of talks in Mexico included Saab’s wife and activist Camilla Fabri.

For his part, the head of the government delegation Jorge Rodríguez emphasized that the talks aim to achieve peace and prosperity and that “Venezuelan affairs get settled through dialogue within the framework provided by the Constitution.”

“Through this agreement, we will acquire medicines for more than 60,000 cancer patients in Venezuela,” stated Rodríguez.

Following the newly signed government-opposition agreement, the US Treasury Department announced the approval of an expanded license to allow US corporation Chevron to resume pumping and commercializing Venezuelan crude from its four-joint ventures in the Caribbean country. According to Reuters, a Chevron spokesperson said the company was reviewing the license terms, with prior reporting suggesting the proceeds will be used to offset Caracas’ roughly $3 billion debt to the oil giant.

“This action reflects longstanding US policy to provide targeted sanctions relief based on concrete steps that alleviate the suffering of the Venezuelan people and support the restoration of democracy,” read a statement by the Treasury released on Saturday.

Chevron had been lobbying for a sanctions waiver since last year. In May, Italy’s Eni and Spain’s Repsol obtained oil-for-debt licenses from the US Treasury Department to take Venezuelan crude amidst Europe’s energy crunch.

The Nicolás Maduro government has reiteratedly demanded that Washington remove all economic sanctions imposed by the former Trump administration as part of its “maximum pressure” campaign. Recently, US President Joe Biden began to reconsider its Venezuela policy in an attempt to address volatile global energy markets.

Since 2017, Washington has imposed financial sanctions against the Venezuelan state oil company PDVSA followed by a full-fledged oil embargo in 2019 and secondary sanctions and other threats throughout 2020. The measures have crippled the country’s oil output exacerbating an economic crisis.

‘Every turn in this case has been another brick wall, and behind it is Chevron’