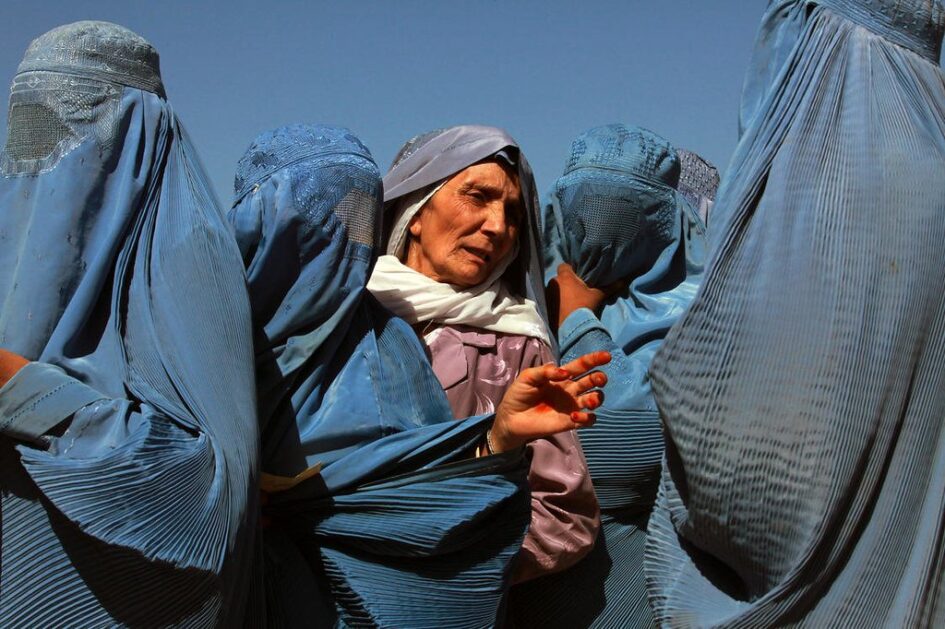 From the online journal Eteraz Monthly, published by leftists in Afghanistan, March 2021.

Women are the first victims of Afghanistan’s decades-long war, poverty, religious beliefs and traditional values. Apart from general social inequalities and economic injustice, women in Afghanistan also suffer from the oppression of men. The roots of oppression and violence against women lie in the ruling political system and in the class framework of society. Therefore, the struggle to end violence and oppression against women cannot succeed without targeting the ruling economic and political system. The way to free women from violence and oppression is to bring about fundamental political and economic changes that will overthrow the class system based on private property, exploitation, profit and discrimination, and replace it with a humane and just society free of economic and social inequality.

According to official reports, violence against women in Afghanistan is currently at an all-time high. Violence is widespread not only in rural areas and in areas beyond the control of the puppet government, but also in large cities and government-controlled areas. In rural and urban areas, over 87 percent of women in families and communities face physical, sexual and psychological violence. In addition, women who work in government agencies, private companies and workplaces or women and girls who study in educational institutions such as high schools, universities and training courses are also subject to sexual assault, physical violence, and sexually discriminative behaviors and threats.

In Taliban-controlled areas, women and girls are not allowed to go to school and deprived of access to education, and female teachers have been forced to quit their jobs and stay at home for fear of the Taliban. Dozens of women are stoned, beaten, shot and imprisoned by the Taliban each year on charges of adultery, theft, running away from home because of forced marriage and family violence, disregarding the hijab and spying for the government.

The puppet government’s treatment of women is no different from that of the Taliban, because a large portion of the current government is made up of old jihadists, warlords, misogynists and human rights violators. Only if we look at the recent elections for the Wolesi Jirga (Afghan Parliament), it is seen clearly that high-ranking officials in the current system are involved in moral corruption and degrading treatment of women.

“Women and the Challenges of Elections” is a research study conducted on the last parliamentary elections. The study found that a number of Independent Election Commission of Afghanistan (IEC) commissioners and staff had made “demands for sex” from female candidates for the Wolesi Jirga in exchange for vote rigging. (Etlaat Roz Newspaper 2020.)

The “Foundation for Transparent Elections in Afghanistan” also accuses senior government officials of abusing female candidates and committing corruption during the election process. According to a December 21, 2020 report by Jamhoriat (Republic) News Agency, Naeem Ayubzada, the head of the Transparent Election Foundation of Afghanistan (TEFA), revealed that the documents they had obtained showed that female candidates for the Wolesi Jirga as well as the female employees of the IEC had been subject to sexual demands by senior IEC officials.

Habibullah Ahmadzai, a former security adviser to President Ashraf Ghani, also confirmed in an interview with Khurshid TV that a special circle at the Presidential Palace was working to promote prostitution. He says women have been asked to have sex in exchange for ministry, advisory and parliamentary seats.

The government’s peace talks with the Taliban have overshadowed women’s issues and concerns. Most educated and politically active women in Afghanistan believe that the “international community” and their puppet government in Kabul are not committed to women’s rights and freedoms, and the Taliban’s attitude towards women has not changed for the better.

A major cause of domestic violence against women is the financial dependence and vulnerability of women. In a backward society like Afghanistan, where the literacy rate among women is very low and the learning environment is not conducive, women are forced to rely on their fathers, brothers or husbands and in-laws in their families. This subordination causes a woman’s work and presence in the family to be looked down upon.

The Afghanistan Independent Human Rights Commission (AIHRC) said in a report that 95.8 percent of violence against women took place in the home and that families had become the most insecure place for women. The financial dependence of women on the male members of the family and the lack of women’s share in economic ownership at the household level lead to domestic violence.

In a male-dominated society, violence in all its forms is rooted in the class system and economic challenges. The existing political and economic system, along with other so-called civil laws, religious texts and traditional values, legitimizes discrimination and violence against women and thus does not allow women and girls in society to enjoy equal rights, justice and human behavior with men. These laws, beliefs and bad values ​​turn a woman into a commodity or property in a society that men consider to be their own.

Capitalist regimes that ostensibly support women’s rights give women rights and amend laws to the extent that they are needed to secure economic benefits and cheap labor for these regimes and satisfy their sexual urges. But, above these requirements, they do not give women equal rights and humane status.

Or in other words, even in the capitalist system, like in the feudal system, women are not treated as human beings and real persons with equal rights as men, rather women are treated as a transaction and property that belongs to males to satisfy sexual desires. Women are treated as a machine of reproduction of the human race. The human personality, talent and dignity of women are being trampled underfoot in the capitalist system more formally and legally than anywhere else.

The social foundations or women’s rights groups that have been currently operating in Afghanistan have a project approach and never explore the root causes of women’s problems and rights and as well they never fight for elimination of those root causes. Over the past 20 years, the government and its foreign imperialist supporter countries have raised slogans and showcased about women’s rights but never brought positive changes in the family and social life of Afghanistan’s oppressed and miserable women.

Although democratic efforts and reforms are needed to improve the lives of women and reduce the level of violence, this cannot be considered as a complete solution to the problem. In order to democratize systems, political and social movements including of women must be supported, but the demands of women and the oppressed must never remain at this level for reforms, but strong steps towards radical changes must be taken with scientific and comprehensive strategies.