Voter Suppression and the Fight to Defend Democratic Rights 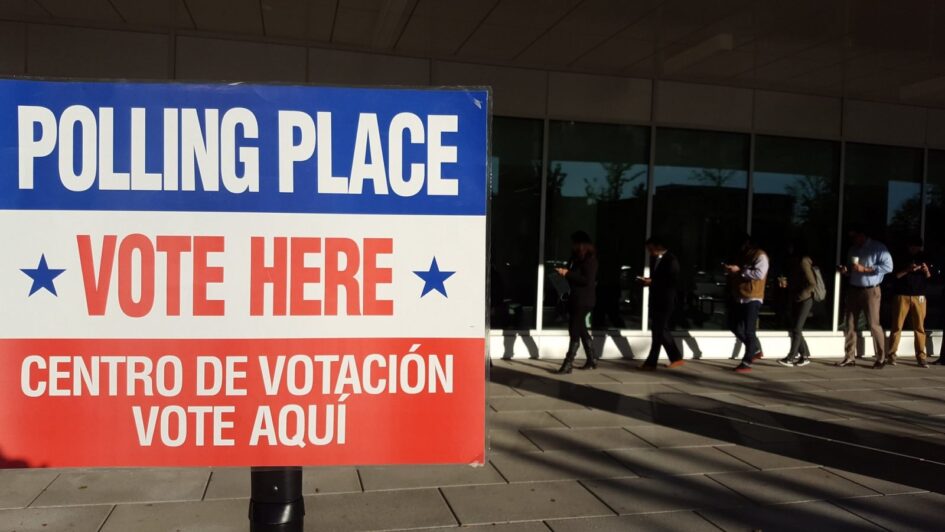 The limited democracy conceded by the US bourgeoisie has always been a tool of class rule while at the same time enshrining the real triumphs of the revolutionary US workers over the centuries. In the decade since Occupy Wall Street, American workers and youth have begun to reclaim this legacy, participating politically in new ways, notably in last year’s historic movement to protest George Floyd’s murder by police in Minneapolis. But today, with the mass movement in remission, the forces of reaction are attacking basic democratic rights with a flurry of laws targeting the right to vote—particularly the rights of Black people and other oppressed minorities—in states across the country.

The efforts by Republicans to prevent Black and poor workers from voting at all, combined with the Democrats’ endless betrayals of those who vote for them, show that under capitalism, “democracy” is mere cover for the rule of the rich. As the capitalist regime in the United States runs out of options for maintaining control of the political situation, new dangers open up, as well as new opportunities for the workers’ movement.

As of this writing, 19 states have passed laws restricting voting rights, attacking democratic participation in a number of ways. The governor of Texas signed a voter suppression bill into law immediately after the Supreme Court upheld the state’s ludicrous anti-abortion bill. A similar law was passed in Georgia earlier this year. Many large corporations have openly criticized these efforts, driving new fissures between the GOP and American business.

These laws introduce harsh new voter ID requirements, accelerate the ongoing purge of registered voter roles, reduce polling station hours, and restrict the timeframe for early voting. Other laws intentionally complicate the use of mail-in ballots and ballot drop boxes. It is now illegal for non-poll station workers to approach people waiting in line to vote to give them food or water in Georgia. Across the board, the aim is to ensure that voting is complicated for anyone who is poor, works long and inflexible hours, or lives in the marginalized neighborhoods targeted explicitly by these laws.

The Democrats have, in practice, conceded much of the actual work of governing to the Republicans, who gleefully lean on identity politics, bigotry, and misinformation to divide and confuse. The new anti-voting laws directly violate the Reconstruction Amendments—the 14th and 15th—which extended the right to vote to all Americans. These amendments, in fact, were the result of the revolutionary refounding of the US republic after the Civil War.

Today, Joe Biden claims he wants to protect voting rights through national legislation. But there is little reason to expect the Democrats to ever pass another law without explicit permission from defense contractors, police unions, and Senate Republicans. Despite having de facto control of the executive branch and both houses of Congress, Democratic politicians constantly plead helplessness when explaining their inability to pass any of the policies they campaigned on.

In addition to meekly allowing people like Kyrsten Sinema and Joe Manchin to block their “agenda,” the non-binding editorial commentary of the “Senate parliamentarian” is a new excuse for the Democrats to avoid doing anything. In the latest iteration of this new trick, the parliamentarian recently blocked the Democrats from passing an immigration reform package. Similar tactics have allowed the Democrats to ensure that the filibuster is maintained—yet another anti-democratic “rule” that isn’t even in the Constitution—allowing them to hide behind the Republicans even when in control of the national government.

Even within the confines of their “democracy,” we see the principle of “one person, one vote” violated with institutions like the Senate, the Electoral College, and the allocation of Congressional representatives among the states. Furthermore, the pretense of constitutional rights is mediated by an unelected committee of stalwart defenders of the system—the US Supreme Court. Always an anti-democratic institution, the Supreme Court is now in the end game of a decades-long effort to consolidate control in the hands of the far-right, with judicial power cynically wielded to remake political and social life in their reactionary image.

The genesis of the latest attacks on voting rights can be traced to 2013 when the US Supreme Court struck down a provision of the 1965 Voting Rights Act requiring certain state and local governments to obtain a federal “preclearance” before passing any changes to their voting process. Before the changes to the VRA, many of these laws would have been blocked before they ever took effect. Today, the states are allowed to roll out new restrictions with little oversight, and increasingly, the court challenges to these laws are failing.

While the Republicans currently play the most active role in national and state-level attacks on democratic rights, the Democratic Party does more than its fair share at the local level. In Minneapolis, the wellspring of the 2020 protests, the mass pressure was quickly watered down into a ballot initiative—the legal democratic expression of the will of some tens of thousands of Minneapolis residents. This effort was then blocked by a judge who has now barred the ballot question from even appearing, bringing the entire process full circle. In the meantime, the Minneapolis police have returned to business as usual in their role protecting private property. Democrats hold complete political control in most major US cities and have largely abandoned even the pretense of administering the unaccountable police syndicates that dominate their budgets.

None of these attacks can be stopped through political pressure within the Democratic Party, which has no functional democratic structures or ties of accountability to any working-class organization. This lesson is yet again being learned in Buffalo, New York, where India Walton, a nurse and democratic socialist who campaigned on the promise to defund the Buffalo police, defeated the incumbent mayor in the local Democratic Party primary. Rather than respect the results of the primary, the mayor has openly campaigned as a write-in candidate while pushing for inclusion on the ballot as an independent.

Every attempt to “reform” the Democrats or to “push them to the left” has been a miserable failure. What’s left are the methods of class struggle and Bolshevism. This is why Socialist Revolution calls for class independence and the formation of a mass socialist party, which could direct workers’ consciousness to revolutionary socialism and fight for a working-class program.

In the many decades since the betrayal and overthrow of Reconstruction, the US ruling class has further perfected its state as an instrument of class rule. Its forms have evolved, for example, during the Great Depression or the postwar economic expansion. Whether helmed by liberals or conservatives, the fundamental class interests defended by the US capitalist state have always been the same. Since the zenith of the postwar boom, the liberals have relied on soaring rhetoric and empty promises to convince people to buy into a system in decline. The conservatives, however, have done long-term, patient work at all levels of government and the judiciary to prepare for the current period of crisis and rising class struggle.

In addition to new restrictions preventing people from voting in the first place, changes in state-level politics increasingly threaten to liquidate election results after they occur. After Trump’s electoral defeat in 2020, an emerging GOP consensus that characterizes any Republican Party electoral defeat as “fraud,” combined with changes in the balance of state-level power, raises the potential for future US national elections to be nullified. The orderly administration of government and the predictable handoff of power from one executive to another is no longer guaranteed. Without a revolutionary solution and the establishment of a workers’ government and workers’ democracy, the erosion of US bourgeois democracy can lead only to greater social and political polarization, uncertainty, and violence.

In “normal” times, bourgeois democracy is a convenient shell for the capitalists, giving the masses the illusion that they have a choice—in reality, the “choice” of which master will rule them. But the Republicans are increasingly unable to tolerate even this illusion, while the Democrats have reminded the working-class majority time and again that they are not our party. American workers need a party of their own, a mass socialist party, to fight for genuine democracy for the vast majority of Americans.

The International Marxist Tendency fights to defend and extend every democratic right under capitalism—but we also fight for a workers’ government with a revolutionary socialist program, which can only be won if we build a mass socialist party and fight for revolution. Instead of democracy for the ultrarich minority, as is the case within the current set up, a worker’s democracy will mean genuine economic and political democracy for the majority. With the political leadership of both capitalist parties increasingly discredited, it is only a matter of time before millions of American workers draw this conclusion and move into action to make it a reality.

Voter Repression and the Fight to Defend Democratic Rights

The Colonial State and the Suppression of the Plains Cree