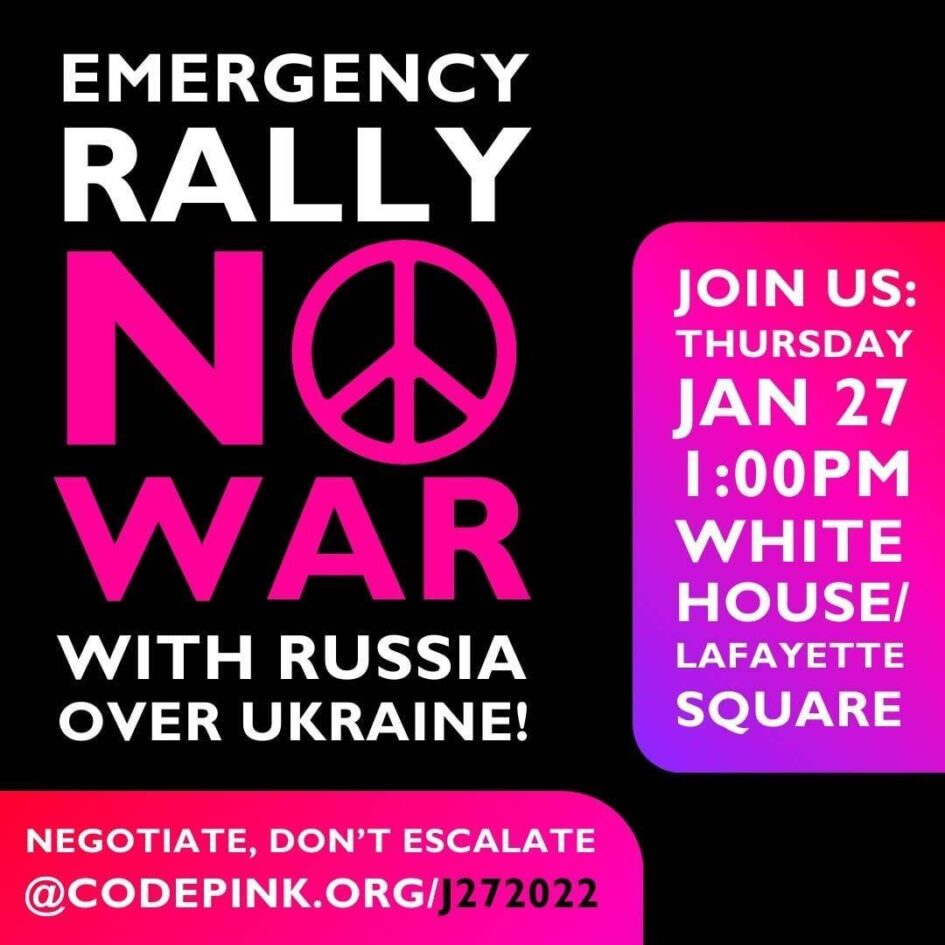 We are on the brink of a massive war between the US and Russia—two nuclear-armed states. The time to speak out is now!

President Biden has just ordered 8,500 US troops to be on heightened alert for possible deployment to Eastern Europe, as the dangerous escalation at the Russian/Ukrainian border standoff intensifies. Biden is also considering sending more warships and aircraft, and has already delivered more “lethal aid” to Ukraine. The $500 million Congress is set to pass through a fast-track vote, could and should be used on communities and climate. The Pentagon has said that there is the possibility of sending as many as 50,000 troops!!!

Join an emergency rally to say Negotiate, Don’t’ Escalate: No War With Russia.
Sponsored by CODEPINK, Black Alliance for Peace, ANSWER, Maryland Peace Action and others.

Why Washington’s Focus on “Credibility” is a Recipe for War