We Need Socialism, Not “Woke Capitalism” 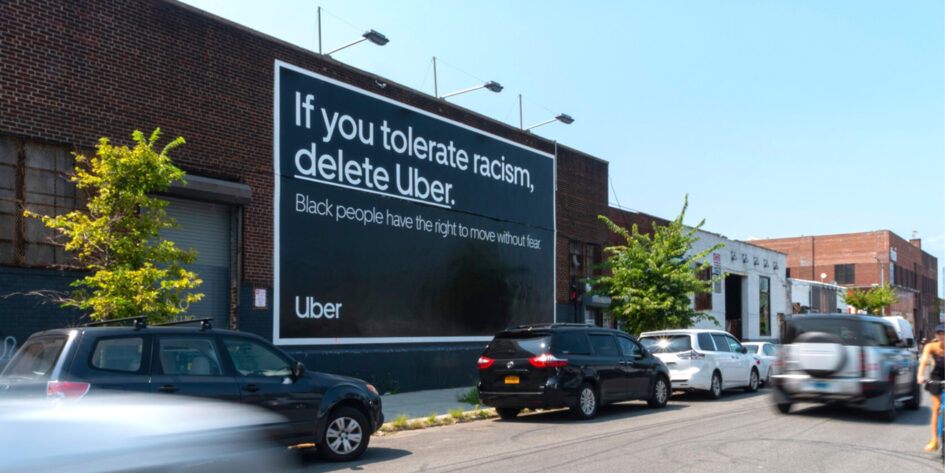 2020 will be long remembered as a year of extraordinary crisis for the capitalist system worldwide, the United States being no exception. As the first wave of COVID subsided in late May and June of 2020, what would become the largest protest movement in U.S. history erupted. Millions of people, particularly young people, poured into the streets of cities, suburbs, and even rural towns to express their anger at racist police murders, specifically that of George Floyd in Minneapolis. This rebellion was enormously inspiring and transformed the consciousness of many ordinary people, however the initial revolutionary spirit of the uprising hit a wall. Without structures or organization being developed within the Black Lives Matter movement, which could have been used to determine a concrete list of demands and strategy, the door was left open to corporate co-optation of the movement and the dilution of its potential impact.

Corporations and the political establishment have swept in and cloaked themselves in a cynical form of identity politics as a way to undercut the genuine anger of millions of working and young people at endemic racism. We can see this through their adoption of certain anti-racist slogans and phraseology and attempts to “diversify” their executive suite. Corporations and the ruling class are trying to advance a “woke” version of capitalism in attempts to head off the most radical conclusions and revolutionary demands for system change that have come out of the mass movements against oppression in recent years.

The #MeToo, Black Lives Matter, renewed Free Palestine, and climate movements foretell increasing radicalization and willingness to fight back among the working class, notably the youth.

As a result, not only are corporations attempting to appeal to youth markets by appropriating anti-racist slogans, but a whole section of the U.S. ruling elite is now using a form of identity politics to navigate an environment that is becoming more hostile to the rule of billionaires. Due to the changes in consciousness around racism (especially anti-Black racism), sexism, homophobia, and transphobia, the ruling class in the U.S. can’t rely on the same crude divide-and-rule strategies of the past. Instead, leaning on “woke signalling” and expensive diversity initiatives allows them to maintain a progressive veneer, useful in marketing their products to younger people, while still convincing working people that they have little in common with one another.

The Empire Strikes Back

Corporations giving limited support to certain demands of oppressed groups isn’t entirely new. “Pinkwashing” revs up every year in June as rapacious corporations like Halliburton, Raytheon or Axon attempt to profit from inserting rainbows into their logos and serving as corporate Pride sponsors, which in effect has watered down Pride’s culturally transgressive roots. Young people are increasingly disgusted with this corporate cooptation and have organized anti-corporate Pride marches in cities across the country. The more recent “woke washing” of capitalism’s worst and most oppressive offenders works much the same way by obfuscating the capitalist oppression, racism, sexism or war that they perpetuate while at the same time trafficking the very dangerous idea that liberation can be achieved under capitalism. Corporate Diversity, Equity & Inclusion (DEI) initiatives have turned into a billion-dollar cottage industry employing diversity trainers and consultants, partnerships with Black and minority owned firms and large donations to social justice organizations.

We must be clear that the intent of the ruling class is not benevolent; this DEI spending and partnering with social justice organizations belies the intent of creating a more diverse management class, many plucked from the ranks of social movements even, who will continue the exploitation unabated but with a different face. Anti-racist social justice organizations reliant on corporate America for funding will forever be required to center their anti-racist efforts in a manner acceptable to the ruling capitalist class, lest they lose their patronage.

Woke branding stunts — like Frito Lay’s massive “Amplify Black Voices” mural in Brooklyn — help promote the dangerously mistaken idea that Black freedom can be won under capitalism. While Frito Lay paints the town in vague anti-racist slogans, their workers in Kansas were forced to strike in July for better working conditions and one guaranteed day off a week. These workers, many of whom are Black, watched an overworked coworker collapse and die on the production line. They were forced to drag the body away in order to keep the line going. For them, woke slogans and symbolic donations to social justice organizations don’t make a lick of difference. It won’t make a dent in their working conditions nor will it make a dent in the big systemic injustices they face in housing, jobs, healthcare, education, and policing.

The Church of Robin DiAngelo

The theoretical justification for these corporate distortions come from mistaken and divisive ideas on antiracism in the academic and NGO spheres. The bible for corporate DEI initiatives is Robin DiAngelo’s book White Fragility which espouses the idea that white people are inherently racist and need to “own” their racism, which — according to DiAngelo — they’ll never be able to do. This thinking makes achieving solidarity among people of color and white people hopelessly doomed from the start. While it’s undeniable that certain sections of the working class face obstacles based on identities like their race, gender, or sexuality, the capitalist ruling class has used the discussion around privilege to obscure one glaring and crucial fact: the most dramatic privilege in our highly unequal society is class privilege. The super rich around the world have complete control over the lives of every single working person regardless of race, gender, nationality, or religion. Given this, it’s no surprise that the ruling class is waging a ferocious campaign to convince ordinary people that we have nothing in common with one another. They’ve sought to convince us that we all exist on a sliding scale of privilege and all you can do is acknowledge your position and atone for it. This couldn’t be farther from the truth. Despite where they have certain advantages, a white, straight, cisgender man working at the Frito Lay factory in Kansas has more in common with his Black, trans coworker than either of them do with their CEO who makes $30 million a year.

Working Class Politics in the Age of “Woke Capitalism”

Such alienating and isolating ideology offers no real way forward while at the same time being anathema to the impulse from below to wage common struggle as the multiracial working class. The best way to fight oppression is together in a multiracial, multigender struggle against capitalism built upon our mutual class interests. Alongside a united class struggle, we need a genuine Black liberation movement, free from corporate influence or patronage, that can challenge the cynical woke signaling of the corporate ruling class.

Multiracial struggle against capitalist oppression is the most successful way to fight racism. During the height of the BLM uprisings last year, our socialist city council office in Seattle, led by Kshama Sawant, won a yearly $240 million tax on Amazon and big business to fund affordable housing for all, a victory that will especially benefit Black and brown renters routinely being priced out of the city. The Congress of Industrial Organizations (CIO) in the 1930s and 40s notably engaged in antiracist multiracial organizing integrating the labor movement, which critically laid the basis for the gains made during the Civil Rights Movement like the Voting Rights Act of 1965 and Fair Housing Act of 1968. We can and must look to the successes of the past which offer a way out of the dead end privilege discourse or the substanceless identity politics palatable to the corporate elite.

Socialism or Capitalism: Millions of Unemployed Workers Lose their Benefits