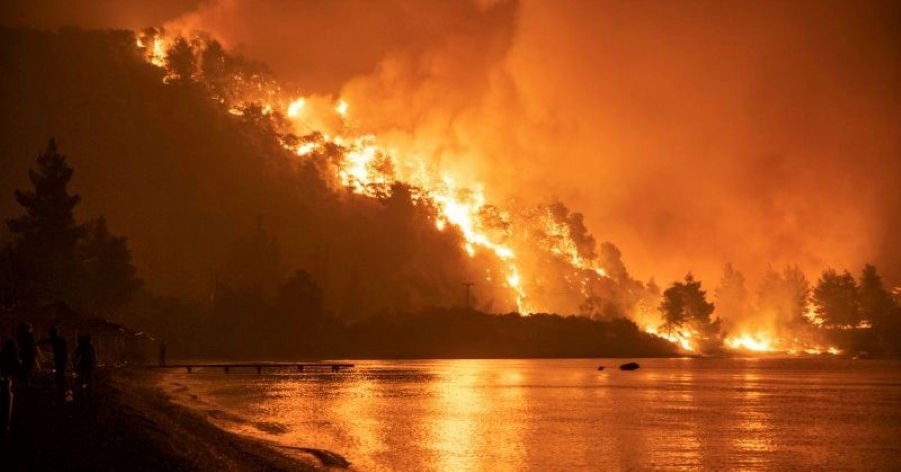 With the release of the deeply disturbing IPCC climate report, devastating wildfires in Turkey and Greece, the destruction of Lytton BC, wildfires and record temperatures in Siberia and the Atlantic Meridional Overturning Circulation facing possible collapse, the time for fundamental change is now. The report is “a code red for humanity. The alarm bells are deafening, and the evidence is irrefutable: greenhouse gas emissions from fossil fuel burning and deforestation are choking our planet and putting billions of people at immediate risk” according to António Guterres, the UN secretary general.

The Guardian noted that:

He called for an end to new coal plants and to new fossil fuel exploration and development, and for governments, investors and businesses to pour all their efforts into a low-carbon future. “This report must sound a death knell for coal and fossil fuels, before they destroy our planet,” he said.

Each of the past four decades, according to the report, has been successively warmer than any preceding decade dating back to 1850, atmospheric CO2 has soared to levels not seen in two million years, and “global surface temperature will continue to increase until at least the mid-century under all emissions scenarios considered.”

“Global warming of 1.5°C and 2°C will be exceeded during the 21st century,” the IPCC panel warns, “unless deep reductions in carbon dioxide and other greenhouse gas emissions occur in the coming decades.”

Among the many consequences of this warming are that some Pacific island nations could be literally wiped off the map over the next hundred years due to rising sea levels.

This comes on the heels of a report released August 5 showing that the Atlantic Meridional Overturning Circulation, or AMOC, may be threatened with collapse due to climate change.

“A crippled Atlantic current system could trigger catastrophic, potentially irreversible changes, from rising seas in North America to major disruptions to seasonal monsoon rains in Asia and South America” (HuffPost) and “it could bring extreme cold to Europe and parts of North America”. (USA Today).

Right now smoke “from raging forest fires in Siberia has reached the north pole for the first time in recorded history, as a Russian monitoring institute warned the blazes were worsening.”

Wildfires are raging in Greece in what the Communist Party (KKE) describes as an “incalculable disaster”.

A video that looks like a scene from an apocalyptic movie showed a view of some of them from a ferry on Lake Evia August 6:

In neighbouring Turkey “wildfires described as the worst in decades have swept through swaths of the southern coast”.

Record hot temperatures and wildfires have ravished British Columbia as well this season including one that almost completely destroyed the town of Lytton in late June.

It all paints a pretty sobering picture.

As always some try to suggest small changes, changing personal habits or reforms under capitalism. Others misleading and dangerously try to place the blame on overpopulation (see: Capitalism has overrun the planet (theleftchapter.com).

But the reason we are in this situation is tied entirely to capitalism and the nature of capitalism.

As the Communist Party of Ireland noted in their August 10 statement, Capitalism = Climate abyss:

Capitalism is driven by the necessity to profit and accumulate capital by any means necessary. The pursuit of that profit has seen vast quantities of the world’s resources squandered, commodity production of superfluous goods that we don’t need nor can we afford, inbuilt obsolescence, wars of conquest and oppression.

Capital exists on the basis of permanent growth. It is a system that if not growing, is contracting and spiraling into recession.

The central contradiction of capitalism is that you cannot have permanent growth and endless consumption of finite natural resources.

It has turned our seas, oceans and rivers into toxic sewers. It has turned people against each other in mindless competition for the accumulation of possessions and fickle lifestyles.