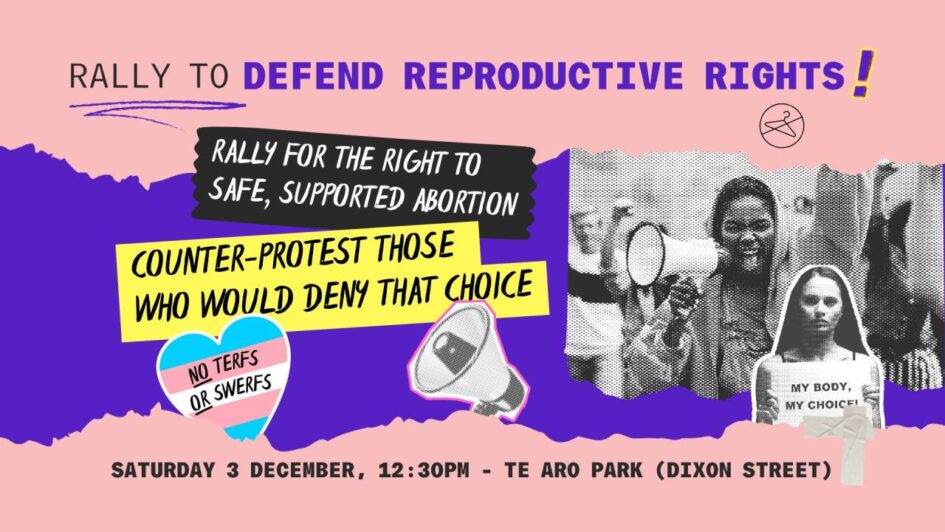 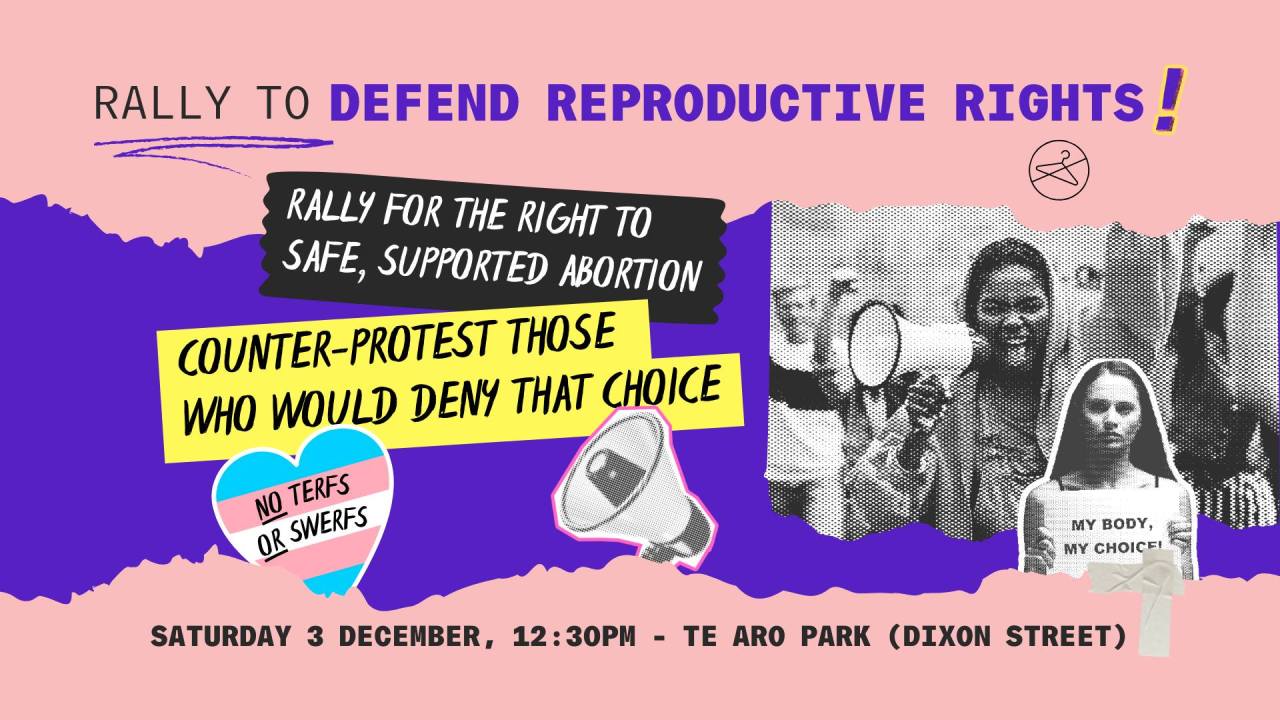 Activists in Aotearoa and around the world have worked for decades to ensure people have the right to safe, supported abortion if they wish. No one should be forced to carry a pregnancy they do not want.

Right wing reactionaries are organising a march to Parliament on December 3rd, because they don’t believe people should have this right. They are calling for abortion to be made illegal and for an end to teenagers’ right to health privacy. Their rally is endorsed and organised by various conservative groups including the well-known right wing group Family First.

Additionally, it is apparent that far-right individuals and groups are piggy-backing on conservative events in an attempt to shift public perception and conversation further to the right. We’ve seen this with Voices For Freedom’s appearance in the Groundswell protests, and with fascist sympathisers such as Kelvyn Alp and Chantelle Baker supporting the Freedom and Rights rallies. Thus, we believe by rallying against the “March for Life” we will also make a clear statement to reject any rally which enables the far-right to spread their politics of misinformation and hate.

Poneke Anti-Fascist Coalition is calling on you to rally in support of the right to abortion. We encourage people of every gender, age, and body type and ability to show your support. No TERFs/SWERFs.

On December 3rd at 12.30pm at Te Aro Park, we’ll gather to share chants, songs, and kōrero. We’ll then march to near the Civic Square to challenge those who oppose people’s right to abortion. Come with us to stand up for human rights!

As we are entering a third wave of Covid, we encourage everyone to wear masks.

New Zealand is losing protections for women and children