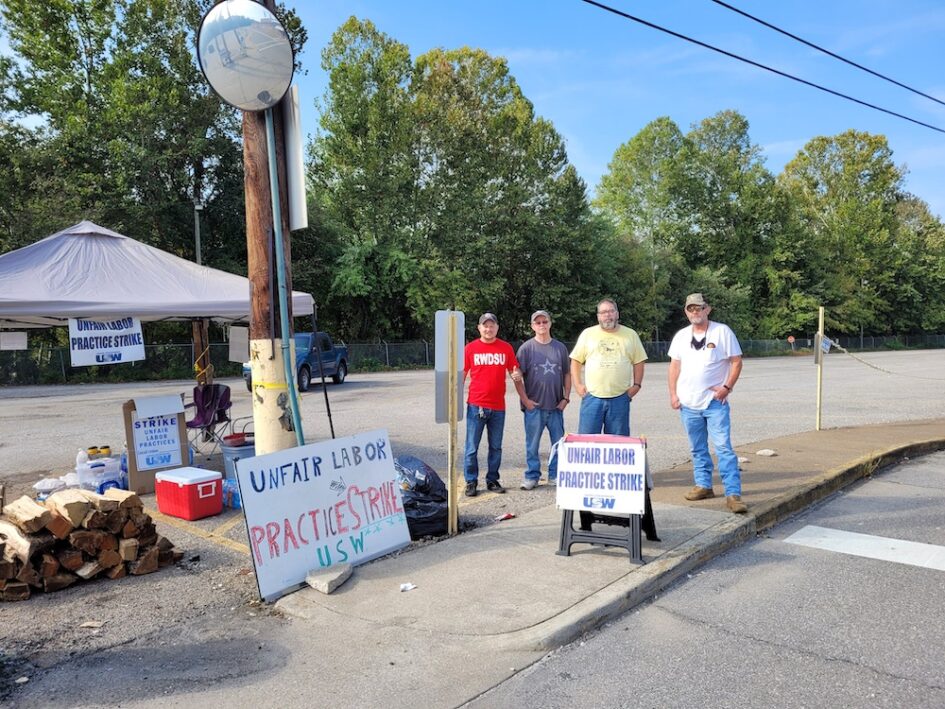 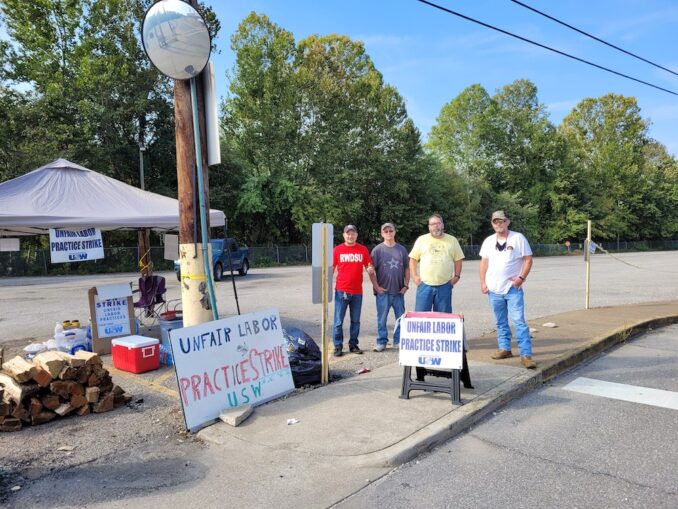 Metal workers from two companies in West Virginia went on strike Oct. 1 over their employers’ decisions to bargain in bad faith. Both of their contracts expired Sept. 30, and the companies — Special Metals Corporation of Huntington and Sulzer Pumps located in neighboring Barboursville — refused to negotiate on any contract terms. Both firms are asking workers to pay significantly more — $750 to $1,000 more each month — in health care costs, despite not offering any significant pay increase. The big issue at Sulzer is seniority rights.

There are roughly 450 workers employed at Special Metals and about 50 at Sulzer. Bargaining unit members of Special Metals are exclusively represented by United Steelworkers Local 40; workers at Sulzer are organized by the International Association of Machinists and Aerospace Workers Local 598. The two companies are among the largest employers in Cabell County.

Workers World spoke with strikers from Special Metals and joined a couple of their picket lines. Members of USW Local 40 are holding down the lines at all hours of the day and have pickets set up at all six entrance gates.

One veteran electrician told this author that: “The company grills food for the scabs everyday for their lunch break, and they never do anything like that for us.” Another picketer pointed out, “The company is willing to pay scabs more than they are willing to pay us, and they are even putting them up in hotel rooms.” The strikers all agreed that they are the ones with the experience, knowledge and proper training to operate the equipment.

Tension is high between the workers and the company. Workers spoke about how they yell at the scabs and private security guards on a regular basis, as the guards try to use intimidation tactics.

Part and parcel of a bigger strike wave

It is clear from standing on the picket line and speaking with the workers at Special Metals that the company bosses were preparing this assault on their employees long before Oct. 1. But the courageous action of the strikers at both facilities could not have come at a better time.

As capitalists and their corporate media hacks push the false narrative that “workers are not willing to work,” the true reality is that parasitic employers are having a hard time finding people who are willing to work in dangerous conditions for low pay and next-to-no benefits during the COVID-19 pandemic.

U.S. capitalists refuse to consider the notion of providing all working people a living wage, and at the same time they are determined to drive up consumer prices in a desperate attempt to maximize their profits.

Just recently, workers at every Nabisco facility settled a bitter strike. Now there’s a strike of Kellogg’s food workers in four states. There are walkouts and strikes by health care workers at hospitals throughout the U.S. John Deere workers rejected a first contract offer by a wide margin Oct. 10.

This month 98% of the members of the International Alliance of Theatrical Stage Employees voted for strike authorization. (NBC, Oct. 4) If carried out, the IATSE strike could dramatically impact Hollywood and the entertainment industry in the U.S. This strike authorization covers some 60,000 production and post-production workers in all the big streaming content movie providers: Amazon, Netflix, Hulu and others, where workers are forced to work 12-hour days without lunch breaks for months at a time, under contract language dating from when those corporations were “start-ups.”

And there are serious attempts to organize people who have not historically been organized, such as fast-food workers, incarcerated workers, sex workers, and workers in the newer corporate entities including Amazon employees.

As the bosses try to use the pandemic as an excuse to negotiate in bad faith, organized and unorganized workers are fighting back. The old labor slogan still rings true: “An injury to one is an injury to all.”